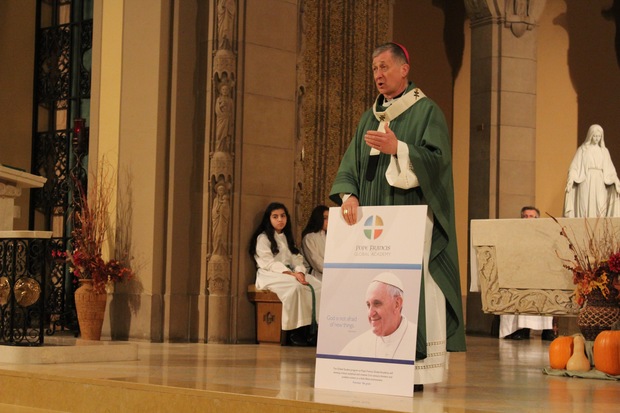 Pope Francis Global Academy will be the first Chicago school named for the pontiff. [DNAinfo/Heather Cherone]

PORTAGE PARK — The newly created regional academy that will merge the schools of four Far Northwest Side Catholic churches will be named for Pope Francis, Archbishop Blase Cupich said Saturday.

Pope Francis Global Academy will be the first Chicago school named for the pontiff. 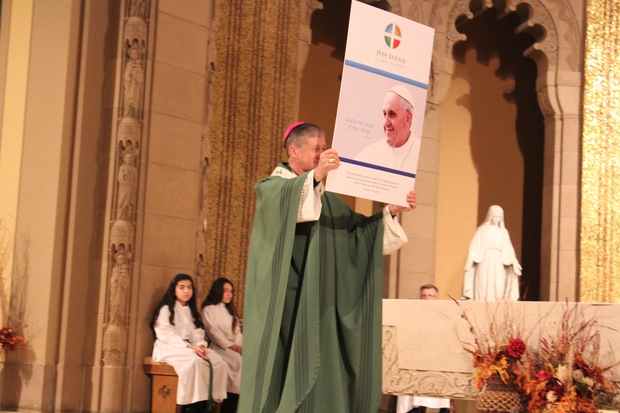 St. Pascal was the childhood home of Cardinal Francis George, who died earlier this year. Cupich was picked by the pope to replace George, whose personal chalice the archbishop used to celebrate Mass.

In an online vote held earlier this month, 500 parishioners and parents picked from four finalists: Pope Francis, Mother Teresa, St. Francis or Blessed Frederic Ozanam for the school's name, the archdiocese said in a statement.

However, it was not clear from that statement whether Pope Francis was the pick of most of those who voted.

The pope's name was added to the list of three finalists — Mother Theresa, St. Francis and Ozanam — selected by a group of teachers, parents and parishioners by Cupich. 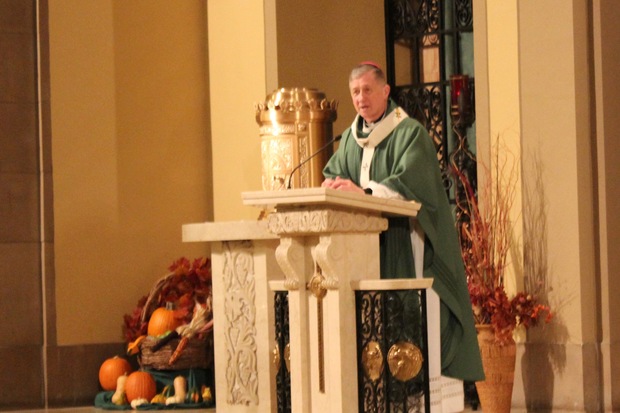 "God will make something great" out of the new school Archbishop Blase Cupich said. [DNAinfo/Heather Cherone]

St. Cornelius, Our Lady of Victory, St. Pascal and St. Tarcissus schools will be consolidated into one school — with two campuses — over the next year, with the new school opening in fall 2016-17, according to the Archdiocese of Chicago.

The school's campuses — each with preschool through eighth grade — will be at St. Pascal in Portage Park and the other at St. Tarcissus in Gladstone Park.

Pope Francis Global Academy will have a curriculum that focuses on global studies in an effort to help students "develop into critical, analytical and creative 21st Century thinkers and problem solvers in a faith-filled environment," officials said.

The curriculum will include a rigorous math and science program, language instruction and a humanities concentration, officials said. 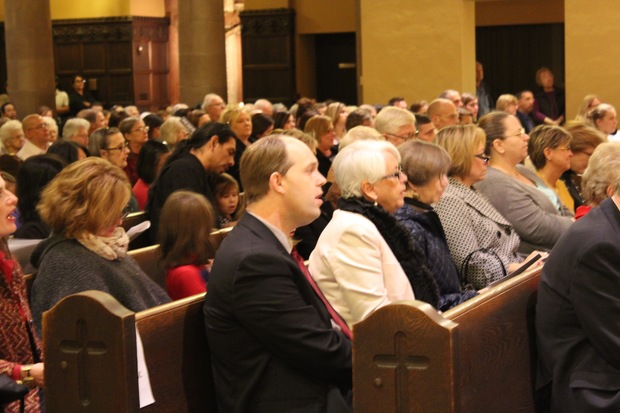 The effort to create one school to serve the Far Northwest Side of the city is expected to serve as a model to be used in other parts of the city where schools are not self-sufficient, officials said.

In his homily, Cupich acknowledged that the opening of a new school would mean "the end of an era." 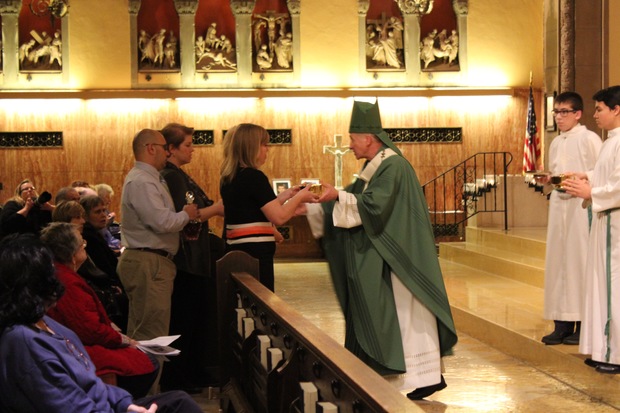 Cupich urged the packed church to focus on the things that really matter, like the rosary bead his grandmother wore down to almost nothing through constant prayer.

"This is a new way, a new opportunity," Cupich said. "God will make something great."

The school buildings at Our Lady of Victory in Portage Park and St. Cornelius in Jefferson Park will close after the 2015-16 school year.

The future of those buildings — which belong to the parishes, not the archdiocese — is unclear. 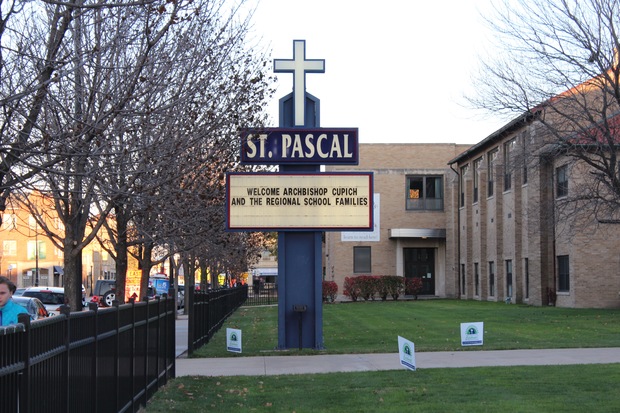 St. Cornelius, Our Lady of Victory, St. Pascal and St. Tarcissus schools will be consolidated into one school — with two campuses — over the next year, with the new school opening in fall 2016-17, according to the Archdiocese of Chicago. [DNAinfo/Heather Cherone]