The fire started on DeKoven Street, but it ended up consuming large parts of the Downtown area and reaching into other parts of the city. It started late Oct. 8, 1871, and didn't end until the morning of Oct. 10.

It's estimated to have killed 300 people and cost $200 million in damages (or almost $4 billion when adjusted for inflation).

Yet, the city was quick to rebuild afterward, said historian Tim Samuelson, in part due to the city's location and its ability to get supplies.

"Chicago was able to rebuild itself relatively quickly, and supplies were able to reach Chicago ... by the nature of the perfect central location by rail and water," Samuelson said. "The raillines were largely still intact. Boats could still get in here. And so the city could actually rebuild itself fairly quickly."

Here are photos of the ruins of Chicago in the immediate aftermath of the fire:

A panorama of Chicago after the Great Fire of 1871. [Wikimedia Commons] 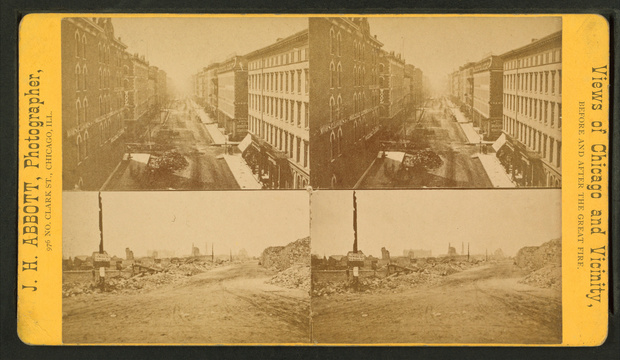 Lake Street before (top) and after (bottom) the Great Chicago Fire. [Wikimedia Commons] 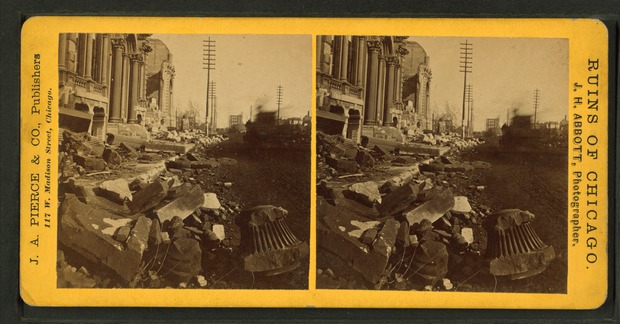 The corner of Washington and LaSalle streets after the fire. [Wikimedia Commons] 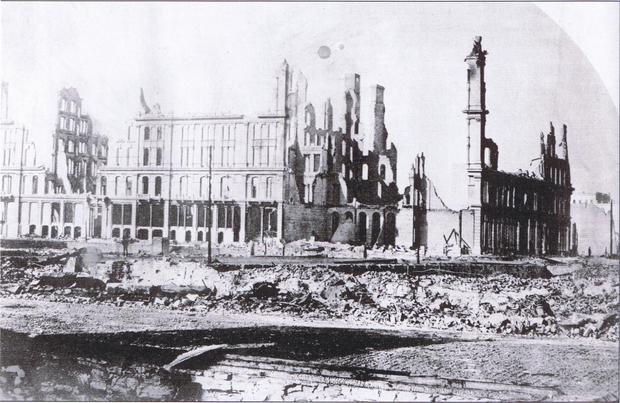 The Grand Pacific Hotel in ruins after the fire. It was rebuilt and the second Grand Pacific Hotel was large and luxurious, taking up the block surrounded by Clark, Quincy, La Salle and Jackson streets. It was visited by celebrities, including writer Oscar Wilde. [Wikimedia Commons] 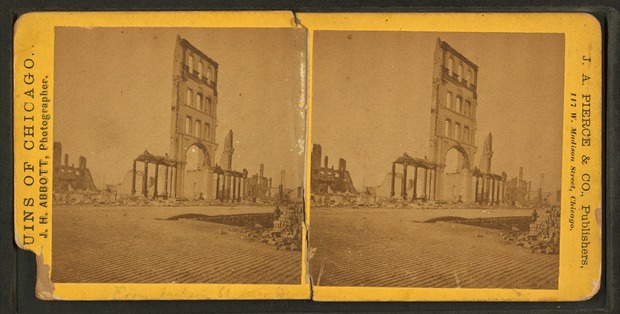 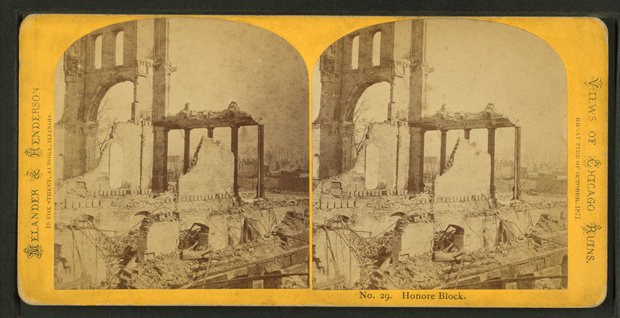 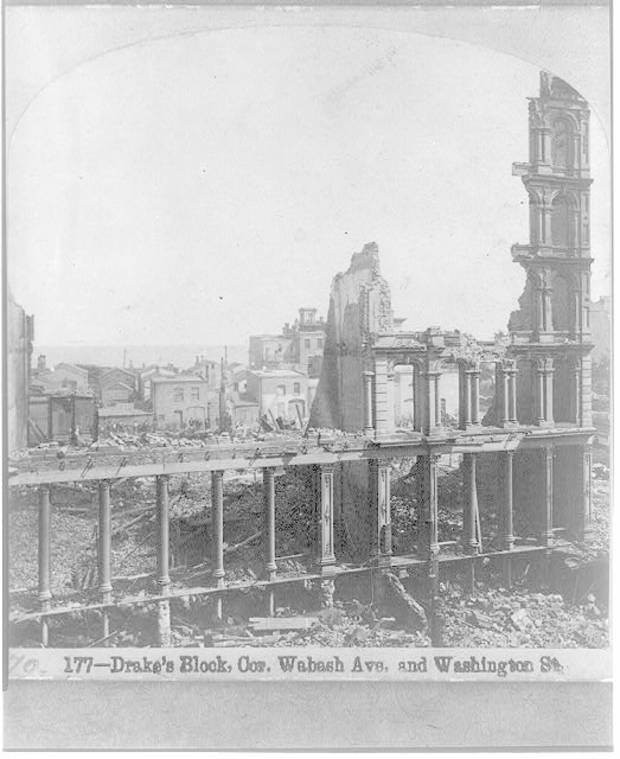 Drake's Block, at the corner of Wabash Avenue and Washington Street. [Library of Congress] 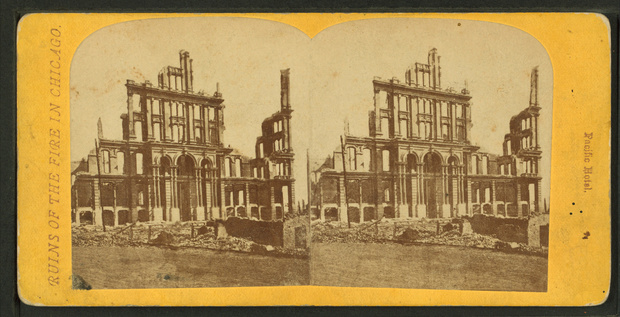 Another view of the Grand Pacific Hotel in ruins after the fire. [Wikimedia Commons] 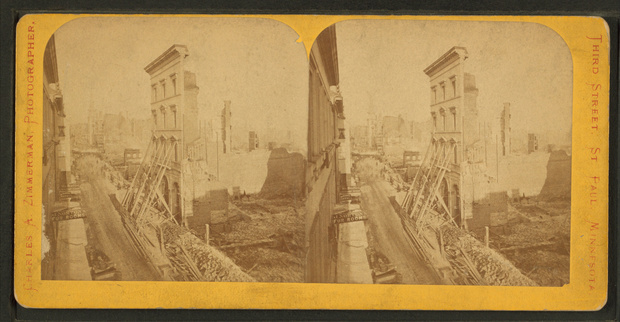 Ruins in Chicago after the fire. A building front is held up by wooden boards. [Wikimedia Commons] 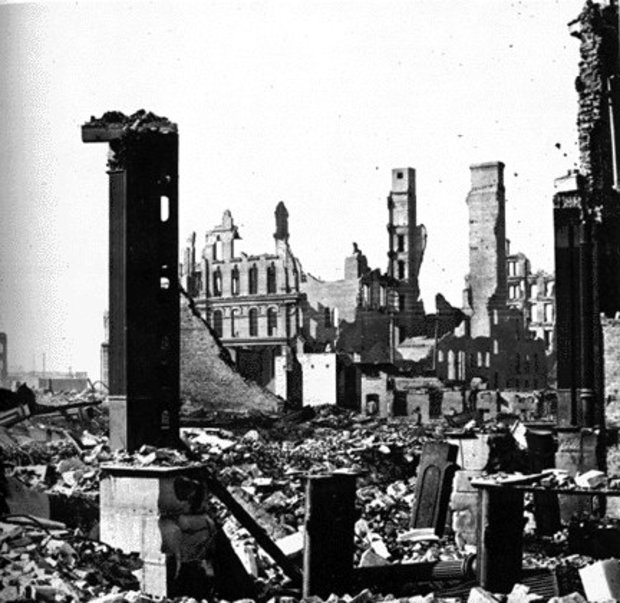 Ruins at the corner of Dearborn and Monroe streets. [Wikimedia Commons] 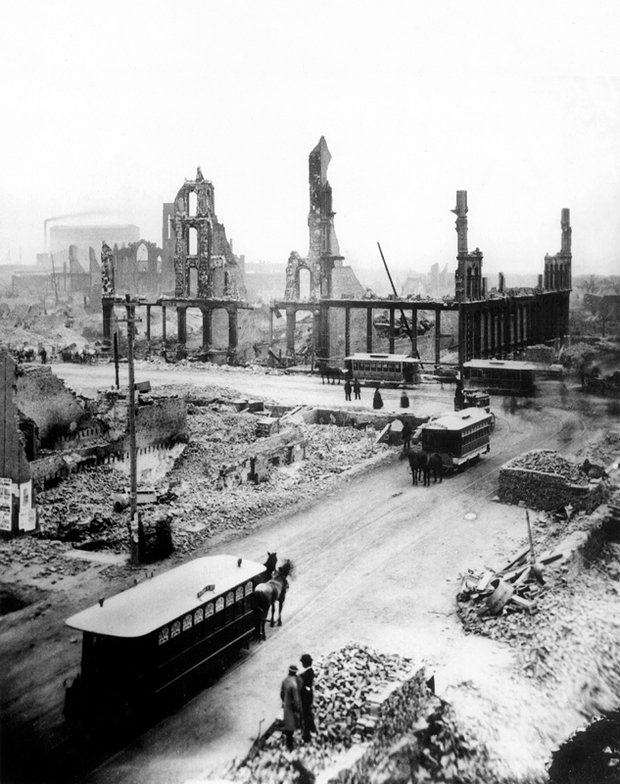