LINCOLN SQUARE — The long-awaited Northman will make an appearance at Saturday's Apple Fest in Lincoln Square, big news for folks who've been eagerly anticipating the ciderpub's debut for the better part of two years.

But the real star of the weekend is the undisputed king of the apple world: the honeycrisp. 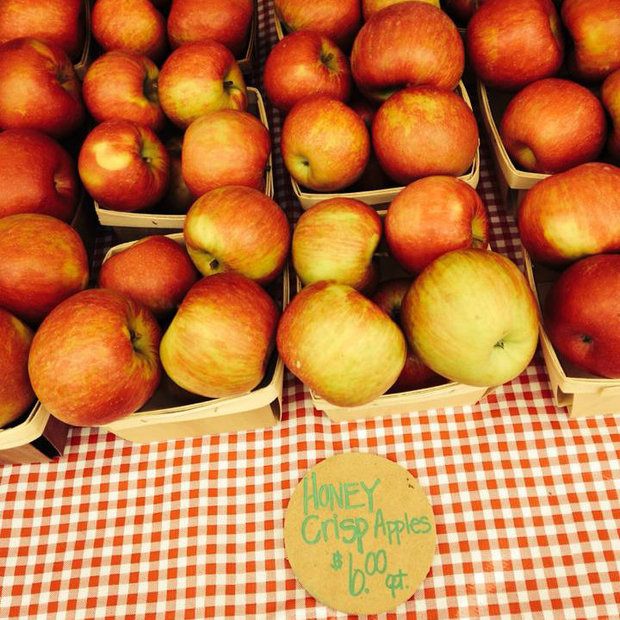 How gaga are people for this apple?

"We'll bring nine different varieties of apples, four bushels of each kind and 25 bushels of honeycrisp," she said. "It's extremely, extremely popular."

Though interest in heirloom apples, of which there were once hundreds of varieties, has increased in recent years, the honeycrisp is a thoroughly modern invention. It's a hybrid, allegedly, of macoun and honeygold (genetic testing has called this parentage into question), developed and patented by the University of Minnesota in the 1990s.

"It's hard to tell what exactly made it take off," Schilling said. "The flavor and the crispness makes it amazing. It also stores really well."

Of Mick Klug Farm's 150 acres, roughly 10 percent are devoted to apples. When the Klugs saw demand for the honeycrisp soar, they pulled out orchards of red and golden delicious and planted the usurper in their stead, a big gamble given that it takes an apple tree at least three years to produce a crop.

"It's risky," Schilling said. "Are people going to jump off the bandwagon?"

So far, the bet has paid off for the Klugs, who sell the majority of their apples to restaurants and at markets in Chicago.

"My dad's been in Lincoln Square for 35 years," Schilling said. "They're tremendously steady, loyal customers."

For those heading to Apple Fest, Schilling offered inside information on under-appreciated apples she thinks are deserving of a second look (or bite).

"The empire is really crisp and crunchy. It's good for pies and fresh eating," she said. "Its color is reddish-green, so people see it and think it's under-ripe — no, that's just the color."

The mutsu (also known as crispin) apple is another favorite of hers.

"It looks like a granny smith, just not as tart," said Schilling. "You either know it or you don't. If you know it, you love it."

Apple Fest will take place 9 a.m. to 5 p.m., Lincoln Avenue between Lawrence and Leland. The event includes food and drink vendors, arts and crafts, music, a costume contest for dogs and a Kid Zone for youngsters.