Twitter Facebook Email More
Sen. Bernie Sanders said many people when he graduated from U. of C. in 1964 in Rockefeller Chapel few would have believed the progress on social issues that have been made in the last 50 years.
View Full Caption
DNAinfo/Sam Cholke

Bernie Sanders was scheduled to speak at the Democratic National Convention Monday night. Last September, he came to the University of Chicago, his alma mater, for a campaign appearance and told how the school influenced his world view.

HYDE PARK — Sen. Bernie Sanders returned to his alma mater, the University of Chicago, a day after a poll put him closer to Hillary Clinton than ever.

The independent from Vermont is running for the Democratic Party’s nomination for president and spoke at Rockefeller Chapel as part of the Institute of Politics Road to 2016 series.

In front of a packed crowd of about 1,400, Sanders struck a note of an personal battle for social justice that started at the university where he studied English and then political philosophy while earning as much of an education in the neighborhood's tumultuous political climate of the 1960s.

"I will not go down in history as one of the great students in the history of the University of Chicago," Sanders said during the Sept. 28 speech. "I spent many days in the basement of Harper Library reading everything except the books I was supposed to be reading for class the next day — don’t take that as advice. Do better than I did."

Sam Cholke explores what Sanders was like as a college student:

He said Hyde Park was the first place where he met people who had devoted their lives to social justice and civil rights issues.

He said few people during his graduation ceremony in June 1964 would have believed the progress made on many issues or the election of Barack Obama.

"No one in that room in 1964 would have thought it was possible, but it happened and we should be proud of it," Sanders said of Obama, whose home is mere blocks from where Sanders spoke Monday. "It is not Barack Obama, it is the American people reached the maturity that they would vote for the best candidate not just the white candidate."

Lines were around the block for the sold-out event for the candidate seeking the Democratic presidential nomination as a self-identified socialist.

He said his campaign is still rooted in the ideas he learned as an undergraduate, particularly his time outside of class in the neighborhood.

The room was by and large students, though open to the public, and Sanders' message on reducing the incarceration rate in the country and doing more to address income inequality and climate change drew enthusiastic applause.

Sanders was questioned by students about how he would pass equal pay legislation and change Social Security with a divided Congress that has at times stymied the more moderate Obama.

Such changes cannot be made without a political revolution, Sanders said to an audience seemingly eager for a change in the political climate.

His message seemed to resonate with the crowd, many of whom signed up as campaign volunteers after the event.

The three members of the Brave and Barefoot Dance Group at the speech said they were inspired to create a dance supporting Sanders.

"More than anyone else I think he's telling the truth," said Jess Santrock, 26. "The things he's pointing out are so obvious, but no one is seeing it."

Santrock and others said even among young people there were strong feelings that Sanders would be unelectable in the general election because of his strong views.

"I have plans after this to get people together from my own group to ask why they feel so cynical about it," said Sarina Sweis, 25.

Others at the speech said they were drawn to Sanders because of his frank discussions of race, women's issues and problems in the prison and education systems.

"He'll make change for the United States and by extension Chicago," said Mikael Lewis, a first-year at U. of C.

Sanders was not particularly fond of his classes at U. of C. and preferred to be out in the neighborhood on fair housing actions, sit-ins or working on the local alderman’s re-election campaign, according to reports of the senator's time in Hyde Park.

Sanders was an off-and-on-again student. He started in English and then was off that and on to political science.

In 1963, he was out of the university entirely and took a year to work on Ald. Leon Despres' re-election campaign as 5th Ward alderman. Despres was a notoriously independent alderman and frequently the target of Mayor Richard J. Daley’s ire. The well known alderman is still probably spoken of more frequently than Sanders, despite the latter's recent rise to national attention.

Perhaps Sanders, the only independent in the Senate, learned something from Despres, who went on to be Mayor Harold Washington’s parliamentarian.

Sanders opened up about his time on Chicago while back on campus Monday, but never did mention Despres. 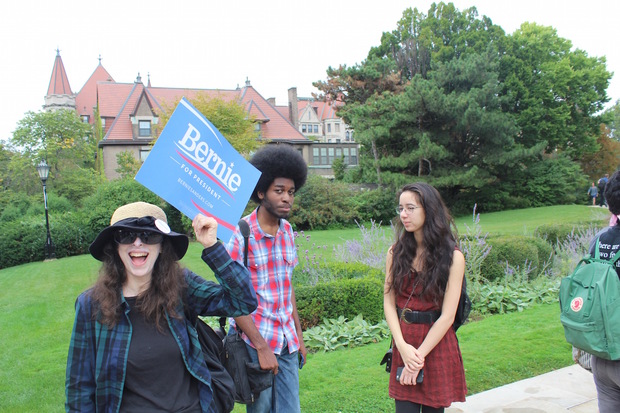 Some of those at Sanders' speech said they had signed up as campaign volunteers or working to convince cynical friends that he is a viable candidate in the General Election.[DNAinfo/Sam Cholke] 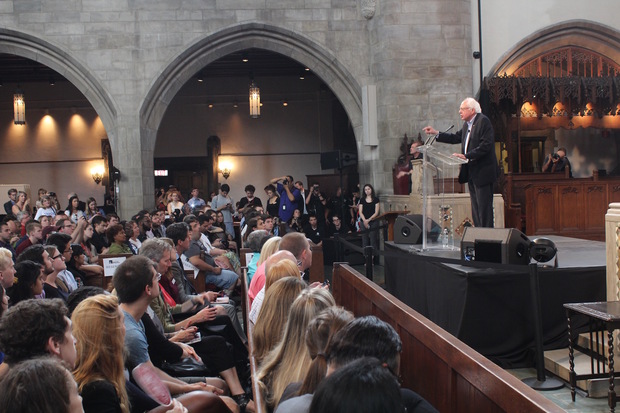 Sen. Bernie Sanders said a "political revolution" would be necessary to move some of his positions through Congress. 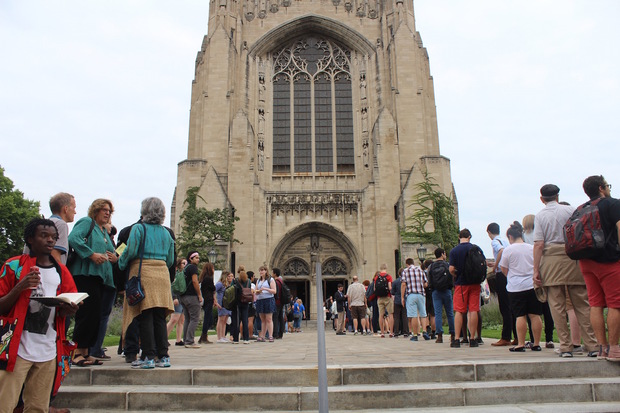 Lines were around the block on Monday to get into see Sen. Bernie Sanders (I-Vermont) talk about his bid for the Democratic nomination for the president. 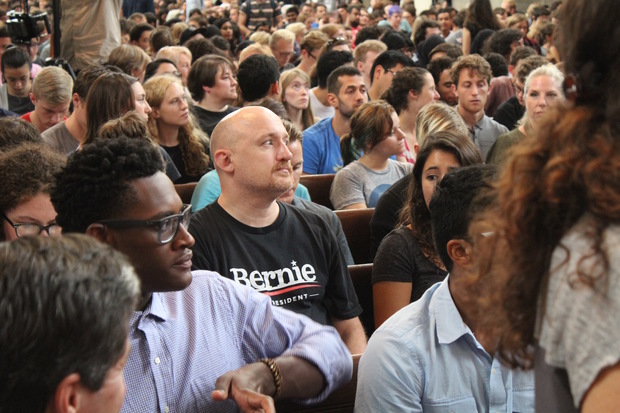 Rockefeller Chapel was sold out for Bernie Sanders speech at the University of Chicago Monday. 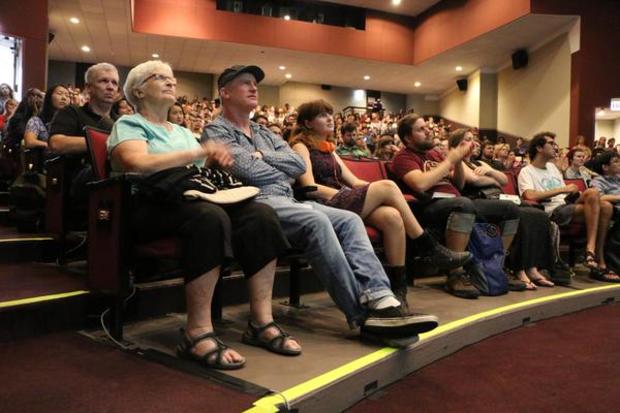 After Sanders' speech, many said he was the only candidate they felt was telling &quot;the truth." [DNAinfo/Kelly Bauer] 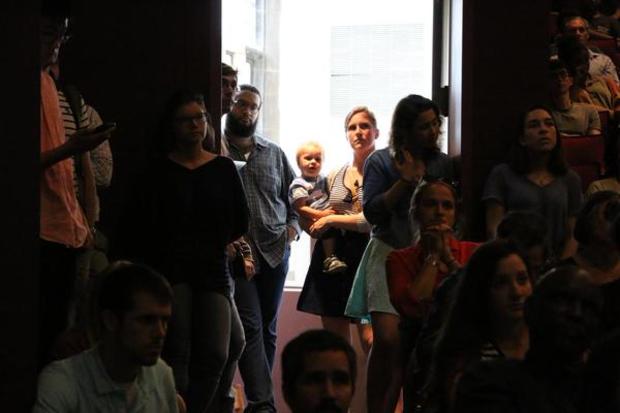 An overflow room at the Max Palevsky Cinema for Sanders speech was also standing room only. [DNAinfo/Kelly Bauer]