City Has No Alternative to Massive Tax Hike, Northwest Side Aldermen Say 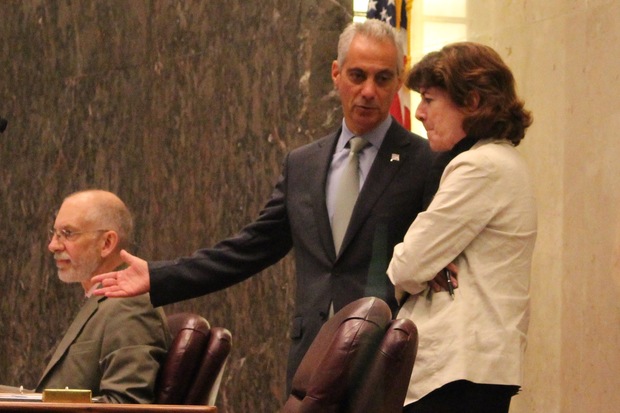 PORTAGE PARK — Four Northwest Side aldermen said Thursday they may have no choice but to support one of the largest property tax increases in Chicago history to help fill the city's massive deficit and shore up pensions for police officers and firefighters.

Mayor Rahm Emanuel's proposed $7.8 billion spending plan for 2016 would hike property taxes by $588 million during the next four years, impose a $9.50 per month garbage collection fee and privatize 311 to pull the city out of a sea of red ink.

Although Ald. John Arena (45th) is a frequent critic of the mayor, he agreed with Emanuel that the city has no other option but to raise property taxes to foot the $550 million bill for police and fire pensions that will come due in 2016.

"That obligation is massive," Arena said, likening it to a "huge cliff" the city must avoid falling off. "There is no other way to generate $500 million." 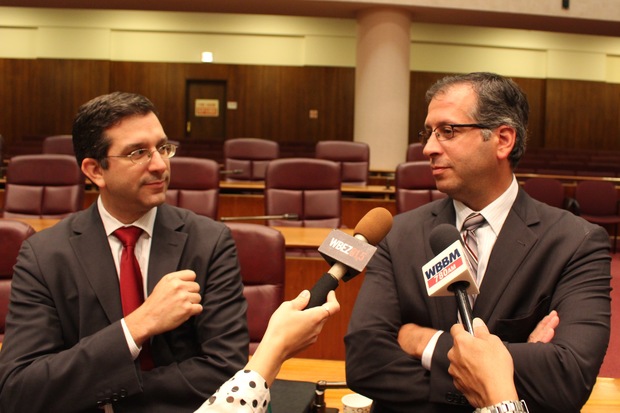 But Arena said he would spend the next several weeks making sure that the property tax increase was as small as possible to meet the city's obligations and that revenue generated by the hike would be only be used to pay the city's pension bill.

"That will determine whether I am able to support this budget," Arena said.

Emanuel said Thursday the massive tax increase is needed "to right the financial ship for the City of Chicago." Without it, the city would be forced to fire 2,500 police officers and 2,000 firefighters, cut garbage collection in half and slash spending on potholes, recycling, graffiti removal, tree trimming and rat abatement, he told the city council.

Commercial buildings, which are taxed at a higher rate, would be hit even harder.

Hearings began on Thursday in Springfield on whether to exempt Chicagoans who own and live in a home worth $250,000 or less from having to pay the increase. While Democratic lawmakers support the measure, it would need the approval of Republican Gov. Bruce Rauner.

If Springfield rejects that proposal, the City Council could allow seniors and other property owners to apply for a rebate to get some of their taxes back, officials said.

Ald. Margaret Laurino (39th) said her biggest concern was making sure low-income residents and seniors were spared the pain of the tax increase.

“I think that people understand that we’re in a difficult way, and we’re gonna have to work this out,” Laurino said, pledging to consult with homeowners, chambers of commerce and neighborhood associations before casting her vote.

Residents of Laurino's ward will be among the hardest hit by any property tax increase, especially in Edgebrook and Sauganash, where homes typically sell for nearly $1 million. But the 39th Ward also includes Albany Park, where many residents are renters.

In his push to convince at least 26 aldermen to support his spending plan, Emanuel can no longer count on the Far Northwest Side as a stronghold of support.

Two of Emanuel's staunchest allies are no longer on the council. Former Ald. Tim Cullerton (38th) retired in May and Ald. Mary O'Connor (41st) lost her bid for re-election despite the mayor's support and an infusion of cash from a Super PAC controlled by his allies.

Cullerton was replaced by Ald. Nicholas Sposato (38th), who like Arena is a member of the council's Progressive Caucus that often finds itself at loggerheads with the mayor.

That puts Emanuel in the position of asking aldermen like Arena and Ald. Anthony Napolitano (41st) — whom he actively worked to defeat earlier this year — to make a vote that is almost certain to complicate their political futures by providing opponents with evidence to tag them as tax-and-spend politicians. 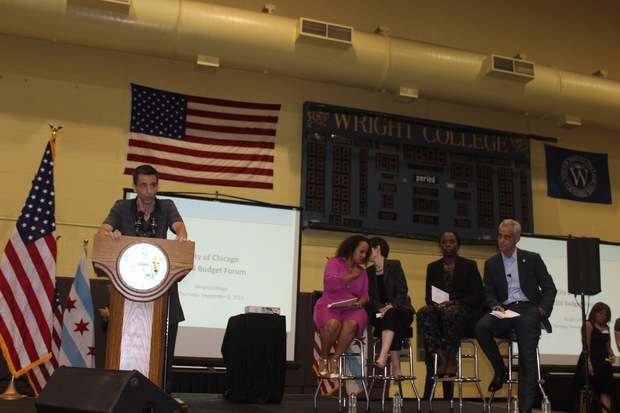 But like Arena, Sposato said he was prepared to vote to raise property taxes to avoid putting the city on the path toward a "doomsday" that could end in bankruptcy.

"There's no doubt something needs to be done," Sposato said. "I'm prepared to make the tough decisions. It is going to be a grueling couple of months."

Napolitano said he credited Emanuel for taking on the "s---" sandwich of the city's financial condition.

But the nearly $588 million property tax hike as well as a $9.50 per month garbage-collection fee, more expensive building permits as well as new taxes on electronic cigarettes and ride-hailing and taxi services was a "punch in the face."

"That's not something that this ward wants to see," Napolitano said. "But everybody gets that we have to find a remedy."

Napolitano said he was especially frustrated that the brunt of a property tax increase would be borne by residents of the 41st Ward, many of whom work for the city and have faithfully paid into their pensions for decades.

"It will be hard to get on board with that level of a tax increase," said Napolitano, a former police officer and firefighter.

Napolitano agreed with Arena and other members of the Progressive Caucus that more of the money generated by the city's tax increment financing districts should be used to bridge the deficit and reduce any property tax hike. 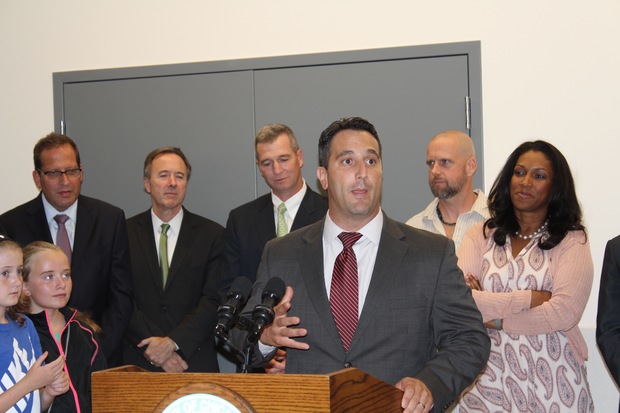 But while Napolitano and Arena said they were open to supporting the garbage-collection fee, Sposato said he was adamantly opposed to it.

"We already pay for our garbage" as part of every homeowner's property tax bill, Sposato said. "It is one of the few things people expect from the city."

Napolitano said it was the least bad option available.

"It is terrible, I don't want to see it," Napolitano said. "But it would be better than such a huge property tax increase."

Arena said he favored a garbage fee in hopes that Emanuel would adjust his proposal to allow residents who recycle more and throw away less to get a reduced fee.

"It is a modest fee that is reasonable," Arena said, adding that he favored charging seniors half the usual rate.

But Sposato, Napolitano and Arena agreed that Emanuel's proposal to privatize the city's non-emergency 311 help line to save money and help fill Chicago's massive budget deficit should be dropped.

The aldermen said the proposal caught them by surprise.

"I'm not willing to consider it," Sposato said. "I'm not a big privatization guy."

Napolitano said the city's experience with the much-loathed privatization of the parking meters should be enough to quash the initiative, which is expected to save $1 million.

Arena said the fact that calls to 911 that dispatchers determine are not an emergency — such as noise complaints — are sent to 311 means the system, which he said was highly rated, should not be outsourced.

"Nothing I've heard about this is making sense," Arena said. "It makes me wonder if this isn't a red herring to distract from other issues."

Despite his concerns, Arena praised the mayor for meeting several times with the 11-member Progressive Caucus and considering their suggestions, which included what they called an "alternative minimum tax" for Downtown properties that frequently have their property tax assessments reduced through appeals.