ROSCOE VILLAGE — It's been more than 20 years since former Cubs pitcher Kerry Wood played high school baseball but he can still remember the first time he stepped onto a bona fide field — one with lights, a scoreboard and people actually sitting in the stands.

"I felt like a big leaguer," Wood said. "High school baseball changed the course of my life."

With Thursday's grand opening of Kerry Wood Cubs Field — the first diamond on the North Side to meet Illinois High School Association standards — Chicago's public school ball players will now have the opportunity to feel the same, he said. 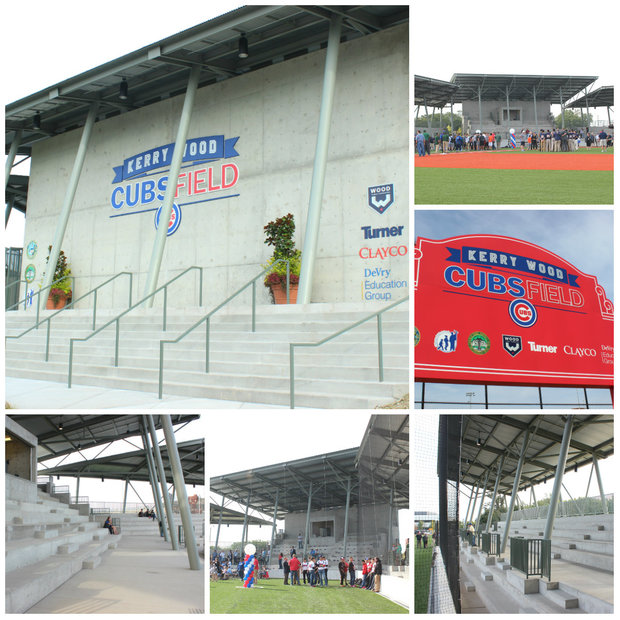 Views of the new stadium. [All photos DNAinfo/Patty Wetli]

The view from home plate, with Chicago's skyline visible beyond center field, delivers a "wow factor" he hadn't expected.

"Some planning obviously went into this," Bildstein said.

More importantly, his players will no longer have to travel an hour to the suburbs to take on opponents outside the public league — they can host with pride on a regulation field. And his top prospects will now be seen to their best advantage when recruiters come calling.

Lake View has seen 15 of its players go on to play college ball in the last six years, Bildstein said.

"When you tell a college scout to come out and there's no [outfield] fence at a Park District diamond, they don't know what to think," said Bildstein.

The $5 million, 1,250-seat stadium is located at 3457 N. Rockwell St. on seven acres of land sandwiched between Lane Tech College Prep High School and DeVry University, and is situated just across the street from the Jeanne Gang-designed WMS Boathouse at Clark Park.

"We've been able to remake this space, which was largely vacant," said Ald. Ameya Pawar (47th).

Wood, who lives in Chicago with his wife Sarah and their three children, saw a lack of decent facilities for the city's ball players and chipped in funds from the Wood Family Foundation to jump start the process of getting a regulation-sized stadium built.

The Chicago Cubs, Cubs Charities, the City of Chicago, Turner Construction, Chicago Public Schools and the Chicago Park District cobbled together the rest of the financing. The Park District officially owns and operates the site, with CPS high school teams receiving priority in terms of scheduling.

"We hope this field will propel more public league players all the way to the major leagues," said Cubs chairman Tom Ricketts.

He lauded Wood's ongoing dedication to his adopted city.

"His four seam fastball and 20-strikeout game are legendary but so is his commitment to Chicago," Ricketts said. "I haven't seen anyone give back like the Woods have."

That commitment was tested during the three years it took for the stadium to reach completion.

Ground was broken in October 2012, with the expectation that the field would be ready for play the following spring. But the discovery of contaminated soil on the site soon put a halt to construction.

It wasn't until 2014, when former Gov. Pat Quinn allocated $2 million in state funding to clean up the soil, that work on the stadium resumed.

"It was the ninth inning and he came through," Pawar said of Quinn, who was on hand for the occasion.

Wood was the last person slated to speak during the grand opening. As he stepped to the podium, the crowd rose their feet for a standing ovation that left Wood visibly moved.

"I think it's safe to say it was worth the wait," said Wood. "This is truly an amazing moment.... And an even greater day for the children who will grow up playing on this field."

Then the speeches were over and the ribbon was cut with ceremonial gold-plated scissors. But speeches and ribbons are no way to inaugurate a new baseball stadium.

Kid K threw his suit jacket to the ground, strode out to the pitcher's mound and kicked at the dirt. He set his stance, eyeballed home plate and let 'er rip.

"The fact that it was him throwing ... wow, that's an honor," said Rivera, who only learned Wednesday he'd been tapped to handle duties behind the plate. 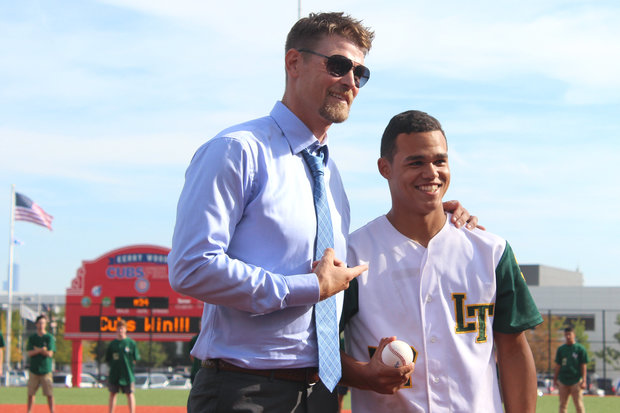 Meeting Wood was the cap on an amazing afternoon for Rivera.

"I was a freshman at the groundbreaking," he said. "Nobody knew if it was going to get made."

In the meantime, Lane Tech has continued to play its games at Horner Park, he said, where balls have a tendency to bounce off the infield dirt.

"Getting hit in the chin is nothing," said Rivera. "The only time we play on a field like this is the city championship."

Which is precisely the reaction Wood hoped for.

"When you step on a field like this ... there's a different adrenaline. Your game does elevate," Wood said. "This has the opportunity to get kids to the next level. It's going to be life changing for some of these kids."

Word of the state-of-the-art stadium has already started circulating among coaches of suburban and Catholic teams.

Bildstein said he's been getting calls from his counterparts, wondering if they'll get the chance this upcoming season to square off against his squad at Kerry Wood Cubs Field.

Scenes from the grand opening: 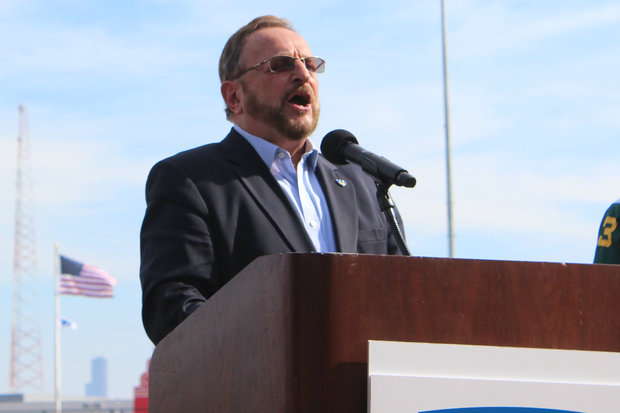 You know it's a big deal when Wayne Messmer shows up to sing the national anthem. 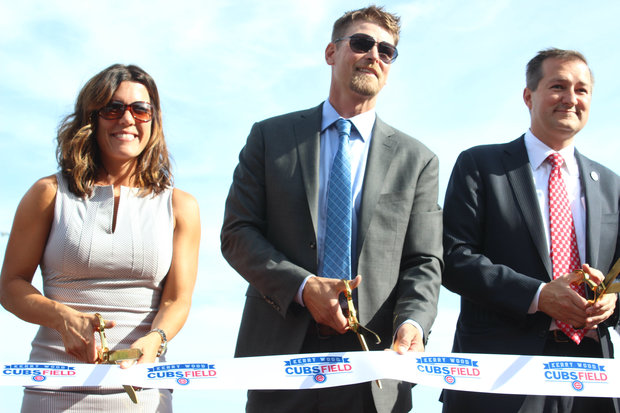 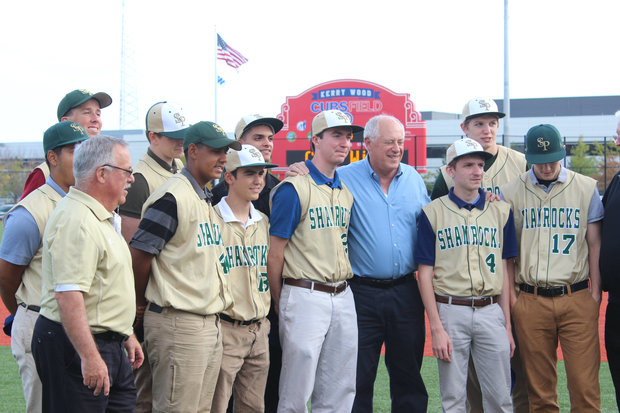 Former governor Pat Quinn, credited with getting the stadium to the finish line, poses with baseball players from St. Patrick High School in Portage Park. 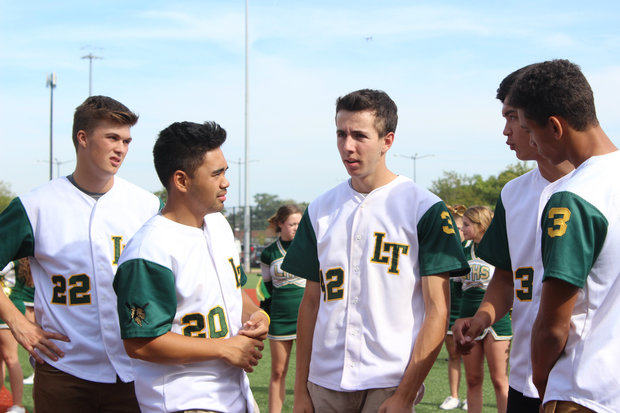 Members of Lane Tech's baseball team check out the new Kerry Wood Cubs Field. The ball diamond is situated in the school's back yard, but it's not Lane's stadium. The field is owned and operated by the Chicago Park District and is open to all public league teams, as well as the entire community. 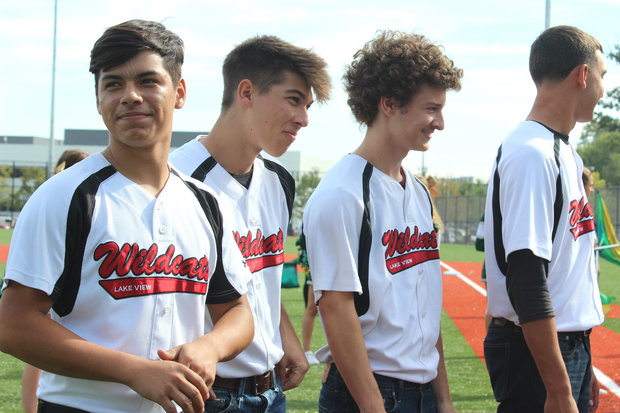 Lake View High School's ball players now have a far better setting to show off their skills in front of college scouts.

Ask The Parking Ticket Geek: What if Meter Receipt Was Upside Down on Dash?