Kobayashi and Friends Eat a Goat to Break Cubs Curse: Will It Work?

Tim "Gravy" Brown, co-owner of Taco In A Bag with Pat "Deep Dish" Bertoletti, admitted he hadn't quite thought through the ramifications of the stunt when he conceived it on Monday.

"If we don't do it, apparently we're the reason the Cubs will lose," said Brown, who once mowed through nearly eight pounds of ribs in as many minutes.

With failure not an option, Brown assembled an all-star lineup of eaters that included not only Kobayashi but Kevin "L.A. Beast" Strahle (a dude who's swallowed a cactus), Bertoletti (444 wings in 30 minutes) and Bob “Notorious B.O.B.” Shoudt (two gallons of chili in six minutes).

"Reverse the curse!" was the rallying cry of Strahle, who flew in from California to take part in the feeding frenzy.

The goat never had a chance.

In roughly 10 minutes time, the group completely devoured the animal, dubbed "Billy Bartman," innards and all.

Kobayashi was a machine, methodically chewing through fistful after fistful of the gristly meat. And Strahle was, well, a beast, taking on the bits and pieces no one else would touch.

"My job here is to eat the head and eyeballs," said Strahle, whose career path has been set since he was five, when he downed an entire bottle of children's vitamins.

Over the years, he's eaten dimes, pork brains and bull testicles. Now he can add goat pancreas to the list.

"To me it is gross, but it's my mind over matter," Strahle said. "I pretend I'm sitting on a beach."

Prior to the challenge, Bertoletti had hoped for warm, fresh meat to help the goat go down easier, and butcher Birria Tatemada delivered.

The steamed and roasted goat was barely out of the oven when it was plated for the challenge.

Billy Bartman had been lightly coated in mole sauce to "balance the gameiness," said Tatemada.

Though the texture and flavor left something to be desired, Bertoletti pronounced "some pieces good."

"It wasn't the grossest," he said.

OK Cubs, these guys have done their part. Now it's up to you to do yours.

Watch the entire challenge, start to finish, in Hyperlapse:

Scenes from the Reverse the Curse goat-eating challenge: 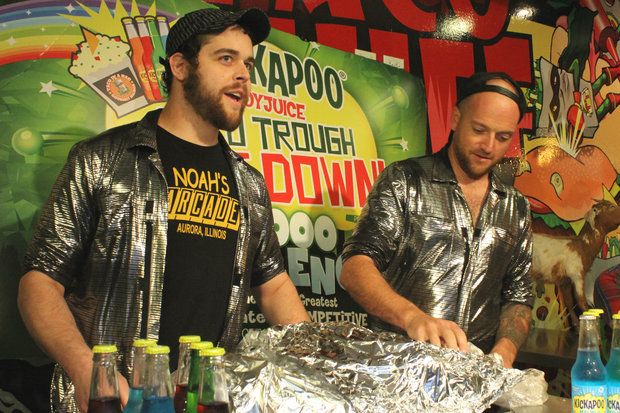 Pat Bertoletti and Tim Brown, competitive eaters and co-owners of Taco In A Bag, prepare to unveil Billy Bartman. [All photos DNAinfo/Patty Wetli] 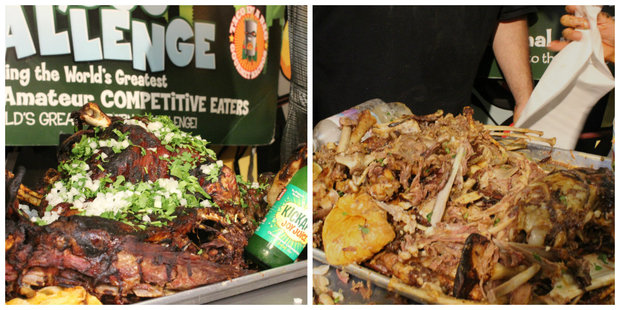 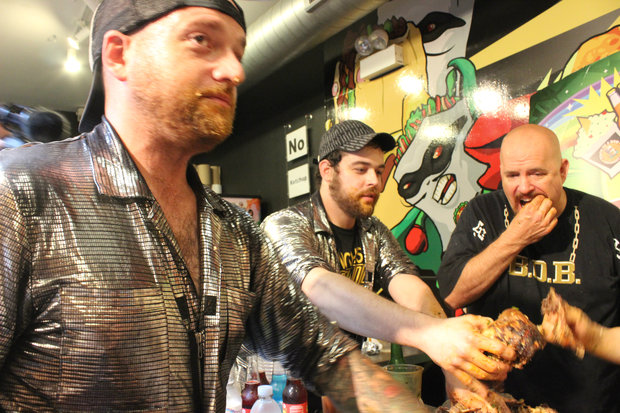 No one said competitive eating was pretty. 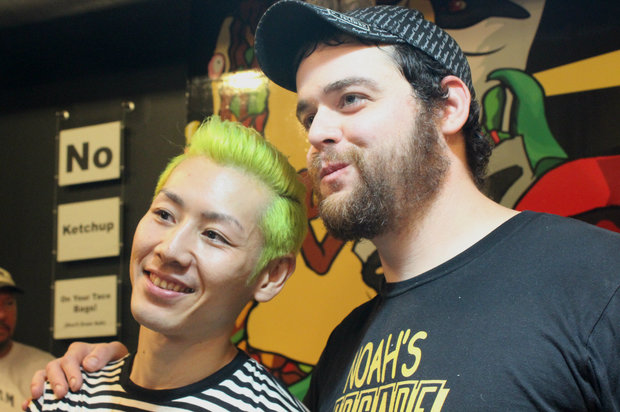 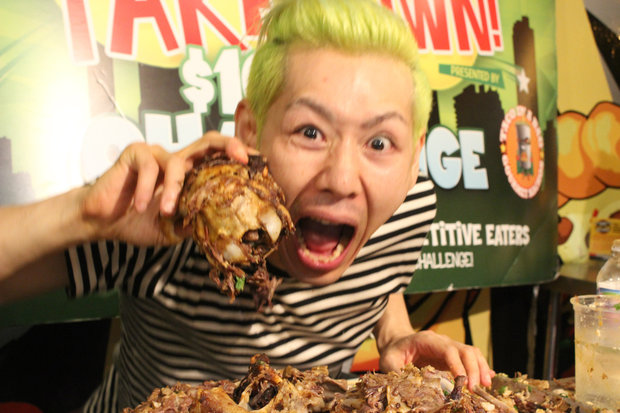 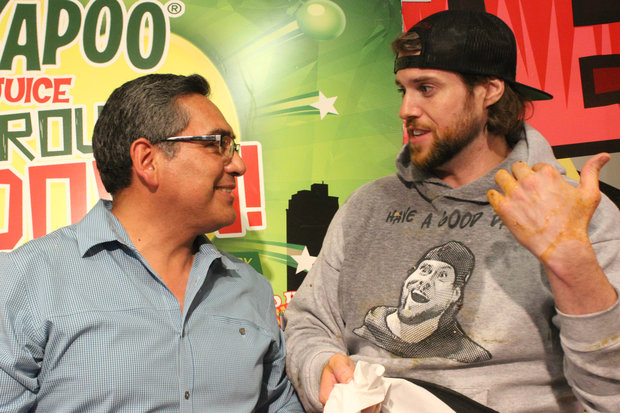