CHICAGO — Two public schools in Chicago — an overcrowded one that draws kids from the Gold Coast and another one woefully under capacity in Cabrini-Green — believe they can solve each other's enrollment problems.

The Local School Council of Ogden International School, which serves grades K-12 across two campuses, will vote Monday on a proposal to merge with Jenner Elementary Academy of the Arts, 1119 N. Cleveland Ave., next school year.

Principals at both schools believe a merger is advantageous. Ogden's Gold Coast elementary school, 24 W. Walton St., is battling overcrowding that officials expect will only worsen amid constant Downtown development. Jenner moved into a new school built for 1,060 students 15 years ago, but still only enrolls 240.

The proposal arrives two months after Chicago Public Schools officials told Ogden parents it doesn't have money to build a new campus or annex. Ogden Elementary was at 103 percent capacity last year with 853 students, a number that should swell in the near future.

Ogden Elementary is a neighborhood school that draws students from the Gold Coast, River North, Streeterville, River West and the lakefront Downtown community immediately south of the Chicago River known as Lakeshore East. Nearly 3,000 apartments will be built Downtown this year, with 3,200 in the pipeline next year and as many as 4,500 in 2017.

"It's hard to justify a new Ogden building when there's an [almost] unused building five blocks away," Ogden Principal Michael Beyer said. "If we do this, we want to be a model for how to do it."

The proposal is tentative, and a merger — assuming Ogden's LSC approves it — would still need to be approved by Chicago's Board of Education. Michael Passman, a spokesman for CPS, said a merger would require additional community meetings before a board vote.

"The district is looking closely at potential options to address enrollment concerns at both Ogden and Jenner, and we welcome ideas from administrators, parents and community stakeholders regarding potential solutions for these schools," Passman said in a statement. "If a formal recommendation is brought to the Board of Education, CPS will carefully evaluate the proposal to determine if it is in the best interest of students." 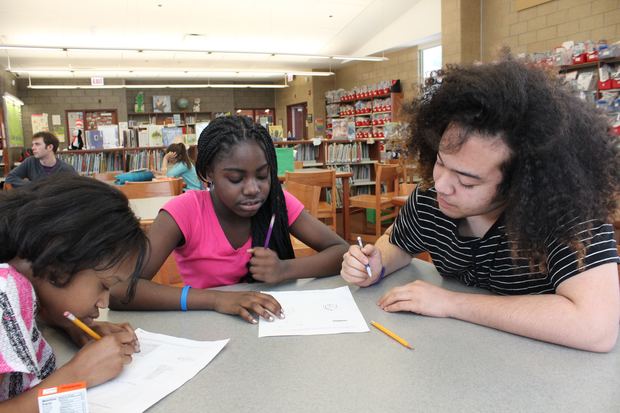 Under the plan, prekindergarten through third grades at the combined school would be housed at Ogden's existing elementary campus. Jenner — which would be renamed "The Ogden International School at the Jenner Campus" — would teach fourth through eighth grades, and Ogden's west campus, 1250 W. Erie St., would become a high school that draws students from all over the city.

Current families would be grandfathered into the schools, but boundaries would be revised to "prevent immediate overcrowding," Beyer said. Ogden also hopes to secure tax-increment financing money to finance a new Jenner annex.

Though it mainly addresses enrollment, the proposal also would bring together seemingly disparate student bodies. More than 88 percent of Jenner students are raised in low-income families, and more than 96 percent of them are black, according to CPS. Ogden Elementary is 46.5 percent white, but only 21 percent of Ogden elementary students are from households considered low-income.

"Ogden is probably in an area with some of the richest people in the city. If those folks are willing to integrate with the folks from Cabrini-Green, then that will set a precedent for folks from all over the city," said Ald. Walter Burnett Jr. (27th), who supports the merger and whose ward includes Jenner. 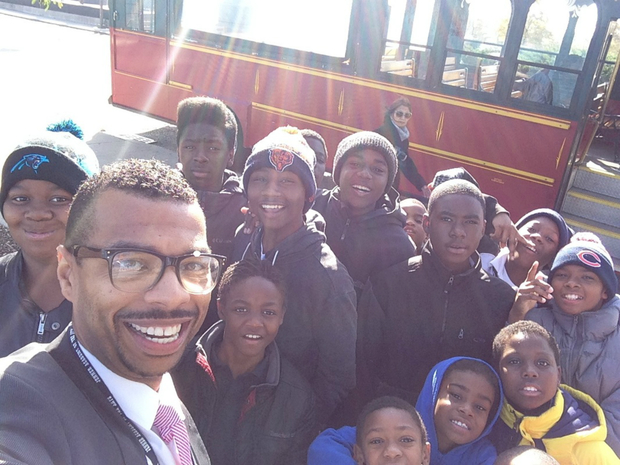 The Near North Unity Program, which initially introduced the idea a few years ago, said a combined Jenner/Ogden school would have a 39 percent low-income rate. That would be lower than many other well-regarded CPS schools nearby, Jenner Principal Robert E. Croston Jr. said. He hopes a merger would persuade the majority of families in his boundaries who don't send their kids to Jenner to reconsider. He calls the proposed merger a "bold venture."

"What we're anticipating is not only will the new residents who are moving into Jenner's district join this school, but we'll also see more people wanting to move into the district," Croston said.

Beyer agreed that a more diverse student body has its benefits, saying many studies show that children who learn in a group with different socioeconomic backgrounds better develop mental and social skills.

The CHA "found out sticking 100 percent poor people in one area isn't healthy," he said.

Yet Beyer said he's already fielded concerns from Ogden parents worried about a merger's impact on Ogden's academic performance and student safety. Some parents in July pushed back against the idea of sending students to a Noble Square school with room to spare, as some did in 2009 when students were temporarily moved to schools near Cabrini-Green while Ogden Elementary was renovated.

A forum on the proposed merger will be held at 11 a.m. Saturday in the cafeteria at Ogden Elementary before the vote at 6 p.m. Monday at Ogden's west campus.

Jenner was one of more than 100 CPS schools "under consideration" to be closed by City Hall two years ago, but when nearby Manierre Elementary was in line to be closed, parents and public officials worried about students being forced to cross gang lines to attend Jenner. The 1992 murder of a Jenner student is widely credited as the catalyst that motivated city officials to demolish most of the former Cabrini-Green public housing projects.

When asked about mixing the racially and economically different student bodies, Croston said concerns are driven by "a lot of the unknown."

"There's more to a school than a score card," he said. "There's too much division in our city. There are too many boundaries. We need to work together to break those down. As educators, we should be the ones leading the charge. We're the ones saying, 'Let's try this.'"