$1,300 for 336 Square Feet? Micro Apartments May Be Headed to Printers Row

LG Development Group made its first pitch to neighbors Thursday on its proposal for the northwest corner of Polk and Dearborn streets, a longtime "chip lot" where people take their dogs to play, said Susan Ohde, president of the South Loop Neighbors group that hosted the meeting.

LG's project would contain 90 apartments and 40 extended-stay hotel rooms. All of the units would be small, so-called "micro" apartments averaging 336 square feet, picking up on a national trend in cities battling high rent. LG Partner Brian Goldberg said the apartments would still be upscale with rent running between $1,100 and $1,300 per month.

"Because there's a shortage of affordable apartments in the city," he said, micro-apartments "just happen to be a real desirable [option]." 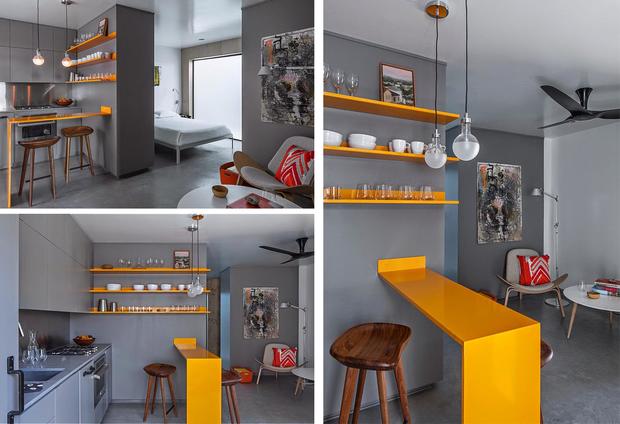 An idea of what the apartments interior could look like. [Vertebrae Architects]

The project would also be the first hotel for LG, a Wicker Park-based developer that builds residential and commercial properties. Goldberg said they're introducing a hotel because their partner in the deal, Marc Realty, has experience with hotels. A Marc Realty executive did not immediately respond to a call for comment.

Goldberg believes the tower is about two years from opening. The project would not require a zoning change, but does need to be approved by the city's Zoning Board of Appeals because of the units' size, Goldberg said. The tower would lie in a landmarked district, but Goldberg said the city's landmarks commission advised a "modern" design for the proposal.

Ald. Will Burns (4th), whose ward oversees the site, did not immediately return a message seeking comment.