"It's sickening. It's like a dream. I can't believe it's real," said Mike Drehobl, whose father Richard bought the bowling alley, 4874 N. Lincoln Ave., 30 years ago.

No one was hurt in the fire, which may have been been caused by a grill, according to fire officials. City inspectors on the scene said the building would have to be demolished.

Patty Wetli says the alley had become a popular spot once again:

Ryan Drehobl, Mark's son and the Lanes' general manager, was the first to hear about the blaze, answering a call shortly after midnight from a buddy in the fire department.

"I thought it was a joke," the youngest Drehobl said.

He sped to Lincoln Square from his Lakeview home, thinking damage would be minor.

"I got here, the flames were 20 feet in the air, there were a million cops," he said. "I pretty much broke down." 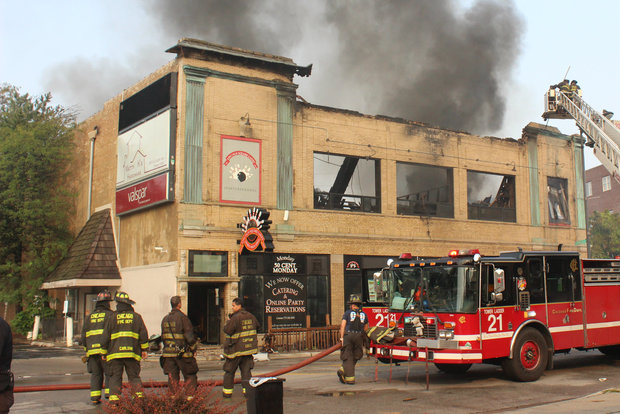 Hours after the fire was extinguished, smoke still billowed from the building. Several crews remained on the scene, tearing down pieces of the roof and aiming hoses at the structure, with streams of water blowing bricks off the building's facade.

The historic bowling alley, which dated to 1918, had undergone significant renovations that started in November 2012 and brought new life to the business.

Ryan Drehobl played a major role in the alley's renaissance.

Matt Kollar, owner of Matty K's Hardware, situated on the ground floor below the alley, stood in the parking lot across the street from the business he opened in 2011 with his wife Laura, still too dazed to put the devastation into words. 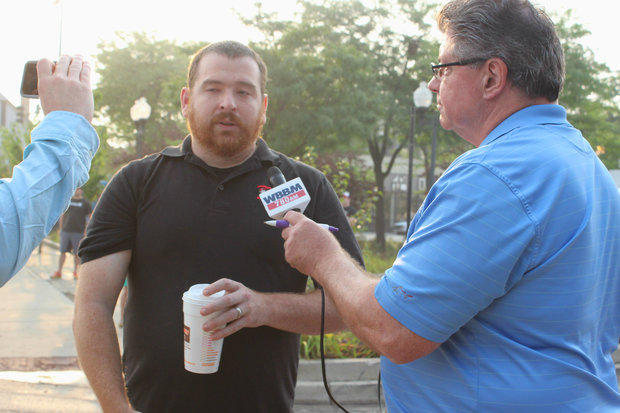 Matt Kollar, owner of Matty K's Hardware, talks to the media after his business, below Lincoln Square Lanes, was destroyed by a fire in the bowling alley. [DNAinfo/Patty Wetli]

When first notified of the fire, Kollar had no idea of the extent of the blaze.

"In my wildest imagination I couldn't believe what was going to be there when I arrived," he said.

"Most of my place is still intact but it's full of water," Kollar said. "There's nothing salvageable."

After struggling with suppliers in recent years, Kollar said shelves were 96 percent stocked, business was on an upswing and he had just returned from a meeting with a likely new supplier.

"We were very excited," he said.

A representative of the building's owner, currently out of town, said it was too early to comment on whether a new structure would rise up in the alley's footprint.

If the building were reconstructed, Mike Drehobl wouldn't speculate as to whether the Lanes would reopen.

4974 lincoln. No injury in mayday everyone accounted for (Langford) pic.twitter.com/H7e2HvP7GY

The addition of pool tables, a bar with a solid beer selection, food, a dozen big-screen TVs and a larger stage for live music made the bowling alley more popular than it had been in a decade. 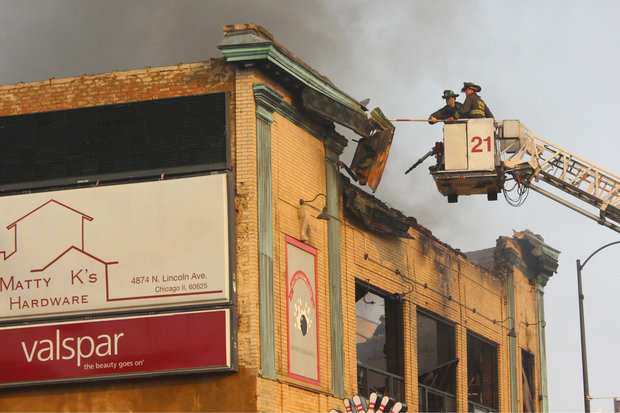 Jonathan Vida has lived near the bowling alley for the last four months and has visited it several times, most recently about a month ago with his wife and her family.

"It's surprising. I walked around the corner and thought it was another building and saw it was this one."

"It kind of hurts. It's sad to see a local hangout have to absorb this."

Neighbor Margaret O'Conor was awakened at 2 a.m. by her son, telling her the power was out in their house.

"I walked out on my porch and saw all the activity," said O'Conor, who, like dozens of neighbors, stopped by the scene Monday to console Kollar and the Drehobls. 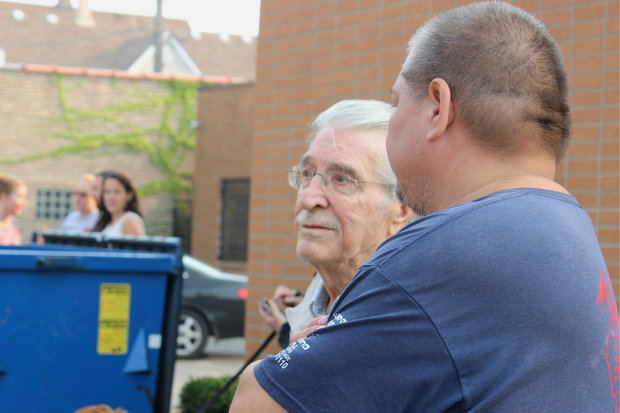 Richard Drehobl (left), who bought Lincoln Square Lanes 30 years ago, looks on as the building smolders. "I don't believe it," he said. [DNAinfo/Patty Wetli]

Can feel the heat at Lincoln Square Lanes from a block away.