NORTH PARK — Who are you?

For Bryan Cranston, who played White for five seasons on the AMC hit series, the answer is murkier. 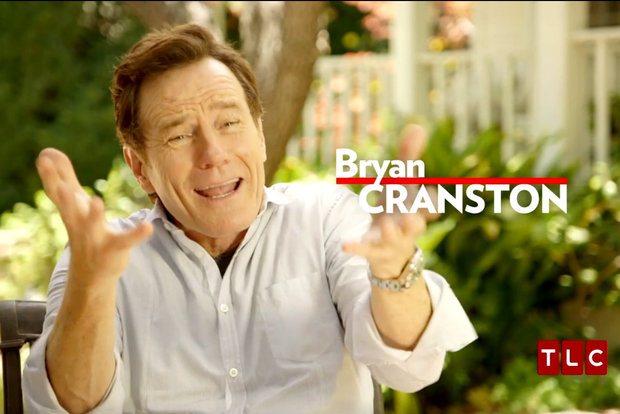 Look for NEIU to make a cameo during Sunday's episode of TLC's "Who Do You Think You Are?" featuring Bryan Cranston. [TLC]

The Emmy award-winning actor searches for clues about his family's history on Sunday's episode of TLC's "Who Do You Think You Are?," a hunt that led him to, of all places, Northeastern Illinois University.

NEIU's library houses a repository of select government records for Chicago and Cook County dating from the mid-1800s to the mid-1900s. It was this Illinois Regional Archives Depository that Cranston combed through during the taping of the show.

The filming, which took place earlier this summer, was all very hush-hush, according to NEIU's dean of libraries Carlos Melian, who, yes, does own an old card catalog.

Confidentiality agreements kept him from announcing Cranston's visit — "I couldn't say anything, not even to the provost" — and he has no idea how much footage shot at the library will turn up in Sunday's episode.

"I am going to recognize the space," Melian said. 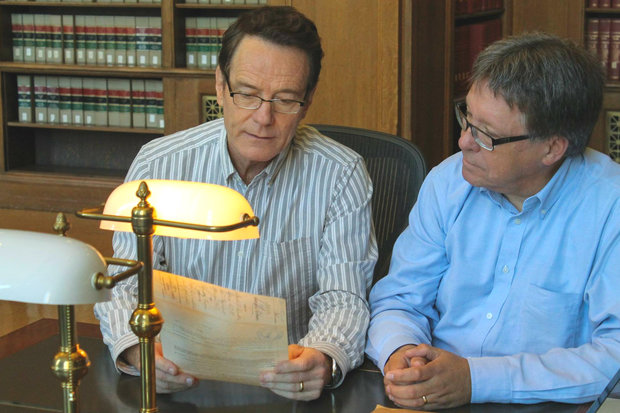 Bryan Cranston searches for his family's roots. [Facebook/Who Do You Think You Are?]

"Who Do You Think You Are?" is executive-produced by Lisa Kudrow of "Friends" fame and follows celebrities as they research details about their ancestry.

In the case of Cranston, who was born and raised in California, TLC's promo department will only divulge that his narrative involves his father, who abandoned the family when Cranston was 11, and an exploration of his paternal roots.

"Bryan ... finds a troubling pattern of desertion, a man of honor and an aunt he never even knew existed," reads the teaser for Sunday's program, which airs at 8 p.m.

Though a certain level of fame is required to appear on "Who Do You Think You Are?," the state's archives depository is open to anyone.

NEIU's holdings include Chicago and Cook County birth and death certificates from 1871 through 1916, by far the most-searched records in the collection, Melian said.

Most numerous in terms of sheer volume are files of Chicago City Council proceedings, 1833-1944, including ordinances, committee reports, licenses and "remonstrances."

"Some of it is mundane," Melian admitted, but you never know, he said, when someone might be interested in the history of a certain street lamp.

Of greater interest: the depository's cache of Chicago's registered voters 1888-1890, a handy substitute for genealogists in the wake of a 1921 fire in Washington, D.C., which destroyed the 1890 federal census records.

Other curiosities include Chicago Police Department homicide records (1870-1930), plat books that indicate original ownerhip of lots dating to 1872 and evidence submitted to the courts to support land claims after the Chicago Fire.

"It's a rich history of our area," Melian said.

Though shows like "Who Do You Think You Are?" and PBS' "Finding Your Roots" have boosted the appeal of genealogical searches in recent years, "libraries have deep roots with public records," Melian said. "Libraries have always been part of this."

Internet search engines may seemingly have superceded brick-and-mortar data repositories, but in the case of a collection like the state's depository, paper is still king.

It's an expensive proposition to digitize the documents, many of which are so fragile, it would require highly sophisticated equipment to produce an electronic version.

"Unless you have a lot of money, they will always stay in physical format," said Melian.

Members of the public are welcome to view NEIU's Illinois Regional Archives Depository collection, 9 a.m. to 4 p.m., Monday through Friday, in the lower level of the Ronald Williams Library (see campus map).

Melian recommends that individuals make an appointment if they're looking for something specific.

The librarians know how the collections are organized and can conduct preliminary research before a visit. They also field requests via mail and over the phone.

Or, if you want to bring a film crew for your television show, they're cool with that too.