If Albany Park Was a Bike Rack, What Would It Be? Teens Design Answers

ALBANY PARK — Albany Park is one of the most diverse neighborhoods not just in the city of Chicago but the United States.

Can it be captured in a single image ... that doubles as a bike rack?

That was the challenge posed to a group of 16 teenagers taking part in a design-oriented summer apprenticeship program, Territory, which is funded through After School Matters. 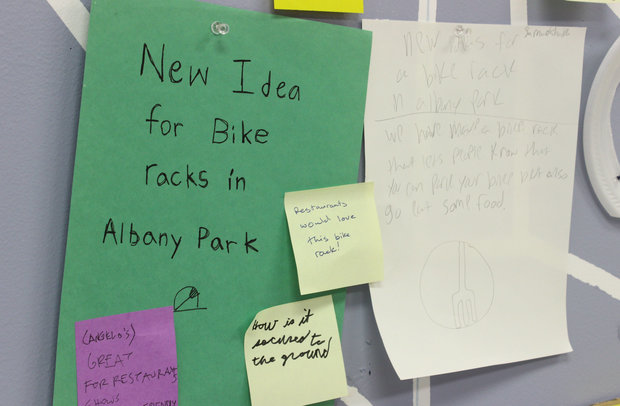 For most of the students, drawn from seven high schools across the city, Territory was their first paying job, according to the program's founder, architect Helen Slade.

She schooled the youths not only in the art of building scale models but the importance of showing up for work on time and boosting their confidence in public speaking.

There's money in the area's 2016 budget for bike racks, and Levin wanted to see if the teens could come up with something more eye-catching and representative of the neighborhood's personality than a basic black u-shape.

Students created a scale model of a street and how their racks would be positioned. [DNAinfo/Patty Wetli]

The students' solutions were as varied as Albany Park itself.

Given few restrictions other than the racks couldn't be more than four-feet wide and eight-feet tall, the youths, working in teams and drawing inspiration from interviews conducted with business and civic leaders, let their creativity run wild.

The results were presented last week at an open house held in Territory's temporary digs at 3234 W. Lawrence Ave., donated by Levin.

Several of the youths latched onto the theme of Albany Park's robust food scene.

Mofe Ogunsola, a student at Senn High School, fashioned her rack in the shape of an ice cream cart, with space for people to tape fliers.

"It could be a source of community information," she said.

Samad Shaikh, a student at Lake View High School, and Andrew Torres from Von Steuben, paired up on a rack shaped like a wheel, with a fork and spoon in lieu of spokes.

Torres said he learned over the course of the summer that the design process is as much about logic as imagination. 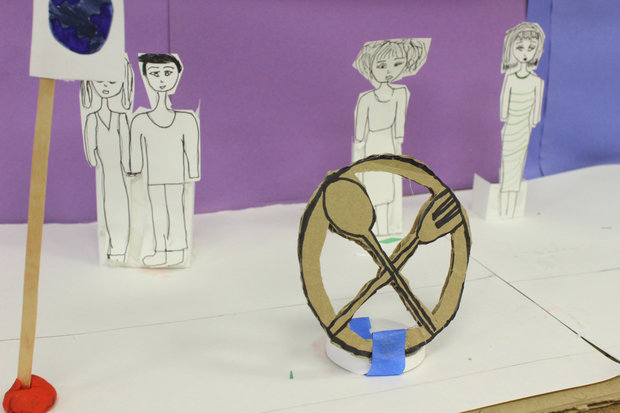 Albany Park's dining scene was the inspiration for this rack. [DNAinfo/Patty Wetli]

Daniel Garcia-Rico, of Jones College Prep, incorporated the curves of the Chicago River — specifically the portion that runs through River Park — into his design, along with the colors and stars of the Chicago flag.

Garcia-Rico, who said he hoped to become an engineer, also designed a portion of his rack to work as a bike pump, but admitted he hadn't figured out how to construct that particular element.

Ivette Orduño, of Roosevelt High School, based her rack on Horner Park's totem pole, with a major difference: She envisioned her totem's "goofy faces" as "kind of like emojis."

No'lan Deckard, a student a Amundsen High School, created a series of racks in different colors and heights, intended to be placed in a row, smallest to tallest.

The resulting archway could serve as a gateway to the neighborhood, Levin said.

In fact, he said he could picture specific places in the community for each design, assuming any of them prove affordable and/or practical to manufacture.

The racks would also have to pass an additional crucial test.

Confessed Slade: "Nobody's tried locking a bike to them yet." 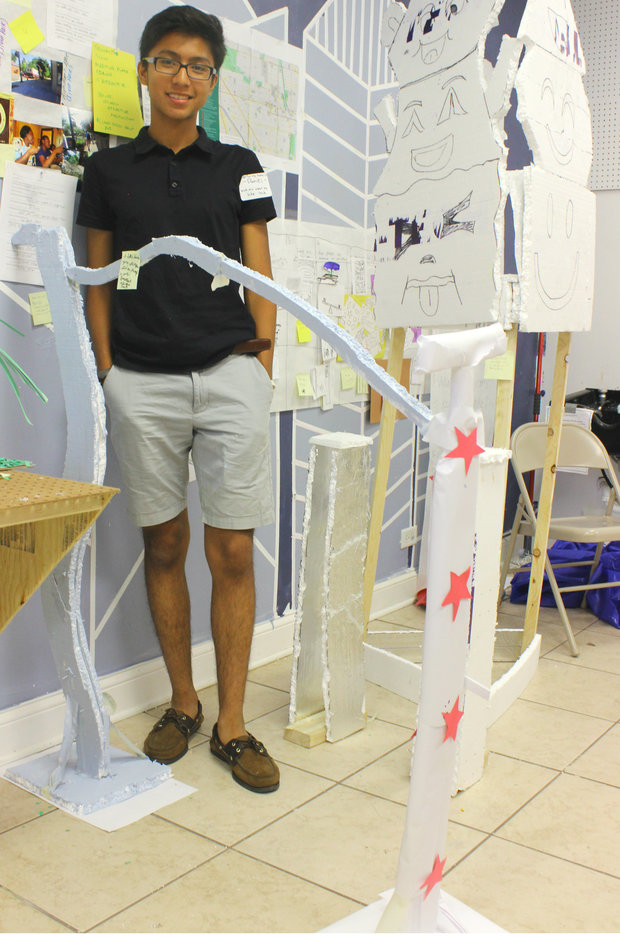 A bike rack inspired by the Chicago River and the city's flag. [DNAinfo/Patty Wetli] 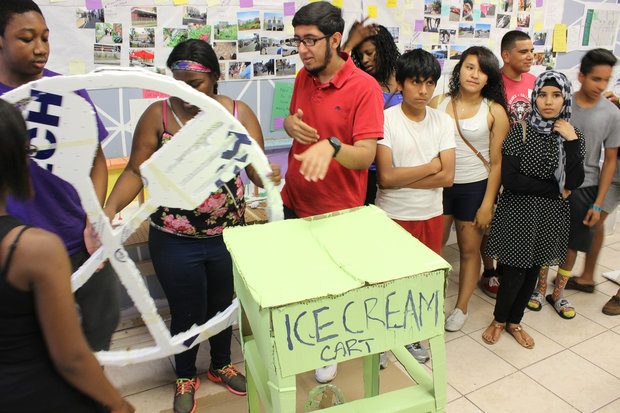 An ice cream cart and wheel with fork-and-spoon spokes were two of the rack concepts presented by students. [DNAinfo/Patty Wetli] 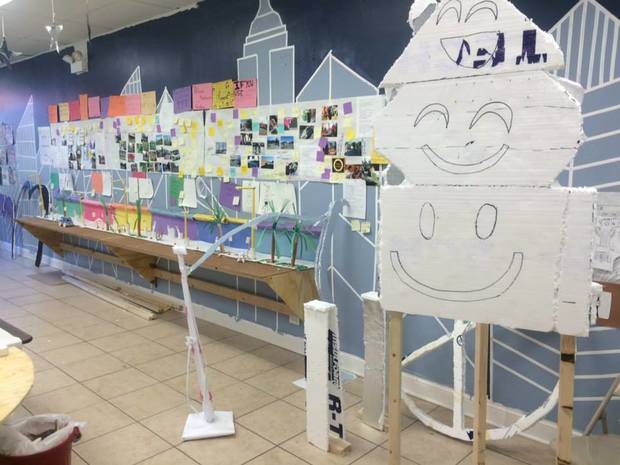