What is Beans and Bagels Montrose's New Name? Find Out Wednesday

RAVENSWOOD — Will Goodwin knows how to keep a secret.

It's public knowledge that two years ago he bought the Beans & Bagels Montrose location from original owner Darren Brown.

What precious few folks are privy to is the name Goodwin has chosen to rechristen his cafe — a handle he's been contractually bound to keep under wraps until this month.

On Wednesday, all will be revealed at a party that coincides with Goodwin's second anniversary at Beans' helm.

Beans & Bagels is disappearing from Montrose, new name and logo to be unveiled Wednesday. [DNAinfo/Patty Wetli]

There will be gumbo and Goodwin's "famous" potato salad, beer from Spiteful, cocktails from Koval and commemorative posters designed by local artists — everything free and open to the public, 5 p.m. to 10 p.m. at  1812 W. Montrose Ave.

Normally a talkative sort, Goodwin has remained stubbornly tight-lipped on Beans name change, offering up little more than this crumb of a clue: "It speaks to what happens in here, which is much more than this thing [beans] and that thing [bagels]," he said.

Though obliged to keep the Beans name alive during the ownership transition, Goodwin hasn't been standing still.

On the food side, he's gradually eliminated all prepackaged items and introduced a number of daily specials, many of them riffs on existing Beans favorites, which will likely find a permanent home on the menu.

His ultimate goal is to incorporate more locally grown, seasonal ingredients and to ramp up pickling, preserving and canning efforts at the new not-Beans.

For that Goodwin will need an actual stove. Previously much of the cafe's food prep was handled at Beans & Bagels Rockwell location.

"All we have are induction plates," said Goodwin. "We have become very, very creative in what we do and how we make it." 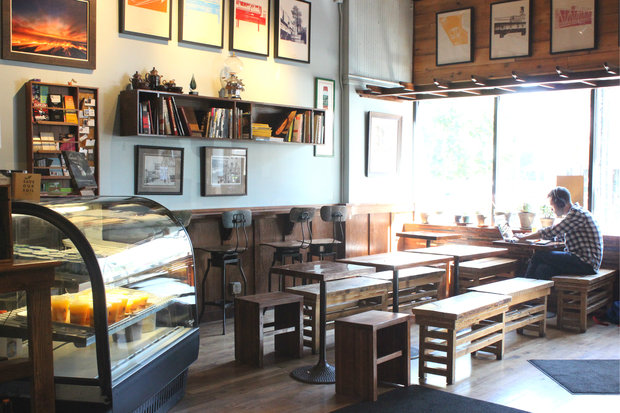 The new not-Beans & Bagels will still look and feel the same despite its name change, owner Will Goodwin promised. [DNAinfo/Patty Wetli]

A kitchen upgrade is in the works, hopefully with an assist from a Small Business Improvement Fund grant.

"If the city's going to pay, I'm going to jump through all the insane [SBIF] hoops," Goodwin said. "If you don't, you're throwing money away."

When the kitchen is added, his plan is to knock down the wall that currently separates the front of the cafe from the back.

"I get to treat it like my house — come in the kitchen and we'll chat while I finish the food," Goodwin said. "It's a little more personal."

Similarly, all of the interior alterations Goodwin has made to Beans have been done to lend the space a homier feel.

He's slowly refurbished the storefront with furnishings made in-house from reclaimed wood — from the wainscoting to the tables and benches — and last year he installed reclaimed black walnut flooring.

The "we" Goodwin is referring to includes his wife Sidonie Gaude. The couple, who married in April, both hail from southern Louisiana and the new not-Beans is a reflection of their Acadiana roots. 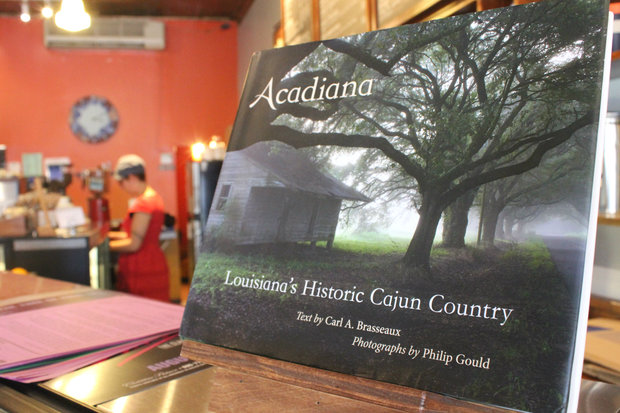 The new not-Beans & Bagels reflects the southern Louisiana Acadiana roots of owner Will Goodwin and his wife Sidonie. [DNAinfo/Patty Wetli]

"When people come to our house, everyone says they feel welcome, they feel cozy," Goodwin said. "It is who Sido and I are, it's how people in southern Louisiana are — they are welcoming. In a big, big city, we're here to be friendly."

How do you capture that in a name? Find out Wednesday. 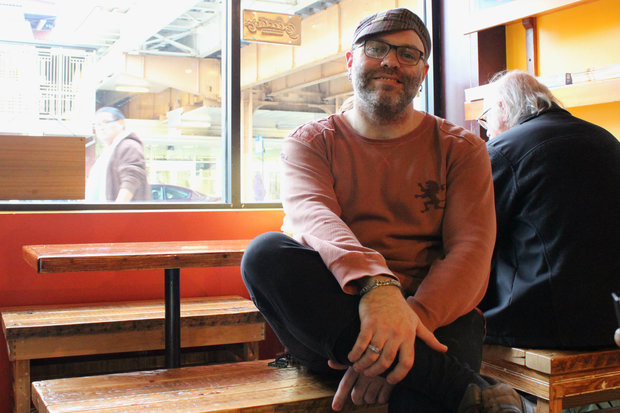