River Park Has a New Boathouse ... But No Boats

By Patty Wetli |&nbspJuly 27, 2015 7:41am | Updated on July 28, 2015 10:13am
@Pattydnachicago
Twitter Facebook Email More
A new launch was built to accommodate canoe and kayak rentals, which have yet to materialize.
View Full Caption
DNAinfo/Patty Wetli

ALBANY PARK — People hoping to rent a canoe or kayak from the River Park boathouse is going to find themselves up a creek without a paddle, or a boat.

Nearly a year after Mayor Rahm Emanuel declared the boathouse officially open, neighbors are wondering when they'll get to use it.

Actually, the ribbon cutting was in early November 2014, when Emanuel said, "We are reclaiming the river as the next recreational frontier in the city."

DNAinfo Chicago has made several requests for information from the Chicago Park District regarding the status of rentals at the boathouse.

According to spokeswoman Jessica Maxey-Faulkner, who replied via e-mail, "A vendor is expected in the next few weeks or so."

The River Park boathouse, situated near Argyle Street along the west bank of the Chicago River, was one of four announced in 2011, and the third to be completed.

Initial plans, which were presented to the public in 2012, called for a two-story structure with a rooftop deck that could hold as many as 60 people. By the time construction began in 2014, the boathouse design had been significantly scaled back, consisting largely of an expansion of an existing storage/restroom building with a final price tag of $1.4 million.

By comparison, the 20,000-square-foot $7.4 million WMS Boathouse at Clark Park was designed by star architect Jeanne Gang and features an indoor rowing tank.

The discrepancy has sparked discussions on social media sites including EveryBlock, where one neighbor posted: "They refurbished the building bathrooms and that's about all — not really a boathouse at all.... All that money spent for very little improvement." 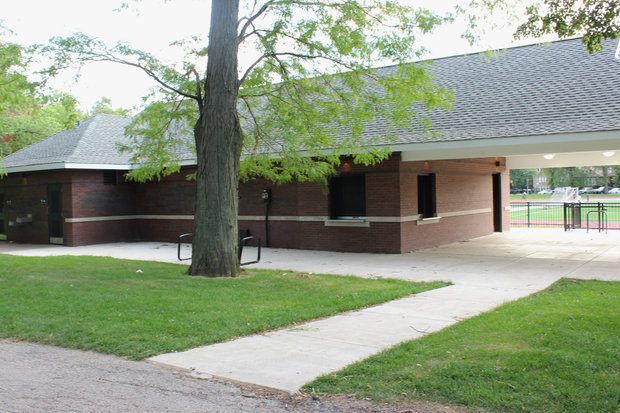 The canopy-covered area extending off the north wall is intended to provide shelter and also support the kayak rental concession. [DNAinfo/Patty Wetli] 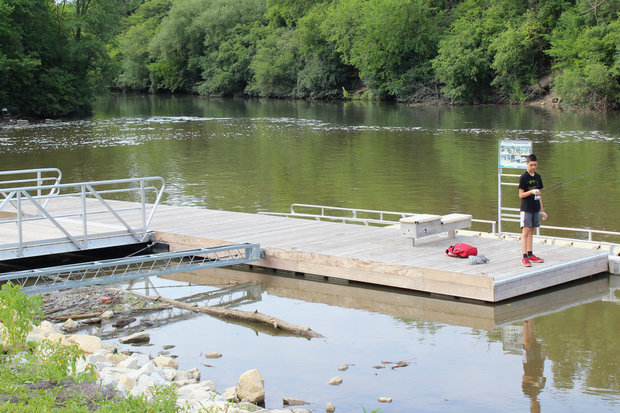 The boathouse launch sees more action from fishermen than boaters.