LINCOLN SQUARE — Kids can build entire worlds playing Minecraft, but do they know how to hammer a nail into a block of wood?

A new maker lab in Lincoln Square aims to bring shop class into the 21st century, bridging the gap between tools like saws and drills and newfangled technology like laser cutters and 3D printers. 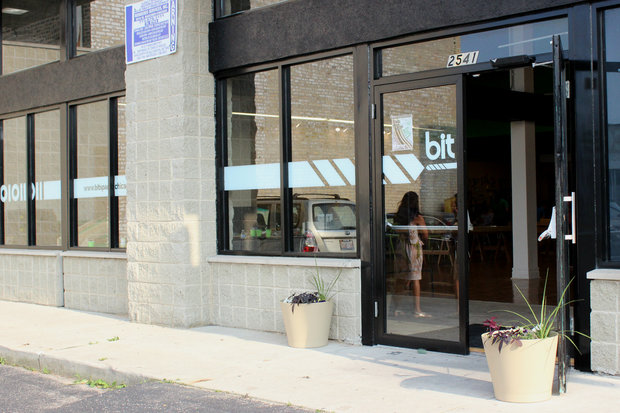 Bit Space, 2541 W. Lawrence Ave., is the brainchild of architect Tom Kearns with financial backing from Meera Mahenthiran — both are parents of children at Coonley Elementary.

Mahenthiran, mom to two boys, said her sons "love the whole tinkering thing" but also spend a lot of time "staring at screens."

"We wanted to give our kids more hands-on experience," she said at Bit Space's recent grand opening.

Ideally Bit Space will serve as an incubator of sorts for the next generation of architects, engineers and designers, but it's also a great place for kids to just saw the heck out of a piece of wood. [DNAinfo/Patty Wetli]

Bit Space launched its first summer camp in late June. New weekly sessions start each Monday, with participants working on projects that make use of both hand-held and computer tools. After-school programs will start in the fall.

"It encourages their creativity and they get to use tools we don't have at home, with supervision," said Peter Loan, the parent of two elementary school children.

"I also like how they mix the old school with the latest high-tech," he said. 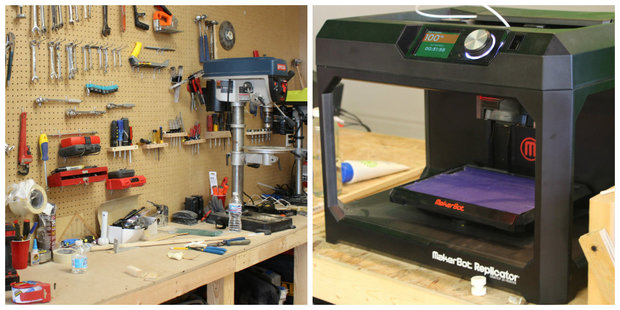 Unlike other maker labs, such as Avondale's Pumping Station One, Bit Space is kids-only and provides a semi-structured "curriculum" developed by Kearns.

Kearns, an architect and associate professor at the Illinois Institute of Technology, has organized Bit Space's summer camps and after-school programs around three themes: bits, prints and bytes.

Bits refers to the making of a physical thing by hand; prints incorporates 3D printing and computer-aided design; and bytes will teach computer programming, Kearns explained.

At the most basic level, students will be working with cardboard, rulers and scissors. At the most advanced, they'll use virtual reality technology to immerse themselves in a video game, with an eye toward identifying changes they'd like to make — and then developing the code needed to alter the game.

Kearns goal is to not only encourage participants — ages 6 to 18, grouped by ability — to think outside the cliched box, but to give them the skills to "make a better, new box."

A mix of design school grads and recent high school alums is staffing the lab, training students on tools and guiding them through projects.

"I'm learning how kids learn. They just want to explore," said camp instructor Justin Buschnyj, a newly minted graduate of Northside College Prep, where he was a veteran of the school's robotics team. 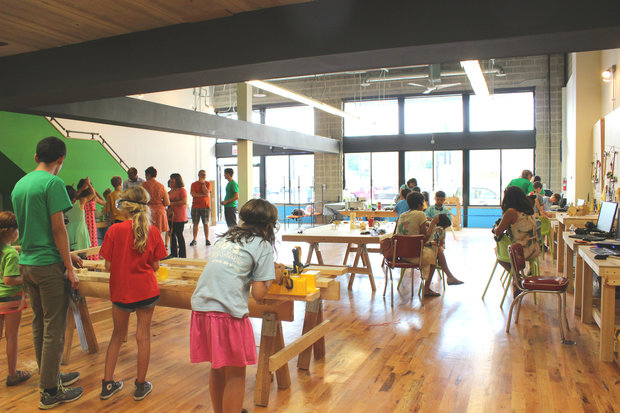 Unlike other maker labs, Bit Space is kids-only. [DNAinfo/Patty Wetli]

Ideally Bit Space will serve as an incubator of sorts for the next generation of architects, engineers and designers — producers as opposed to consumers — but Kearns said there's value in the maker movement regardless of where his young charges wind up a decade from now.

"It's really about how do you creatively solve problems," Kearns said.

"What they learn is that most things don't work. Why not? Figure it out," he said. 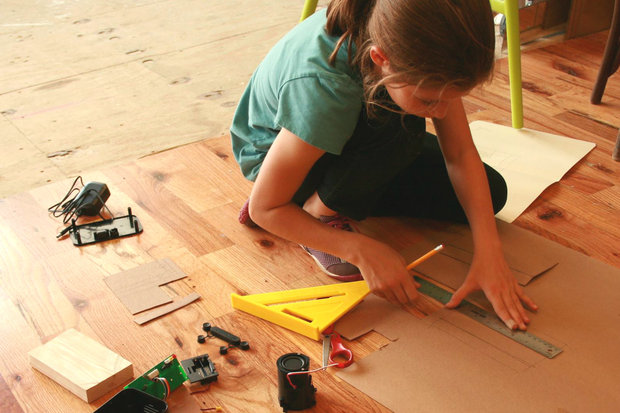 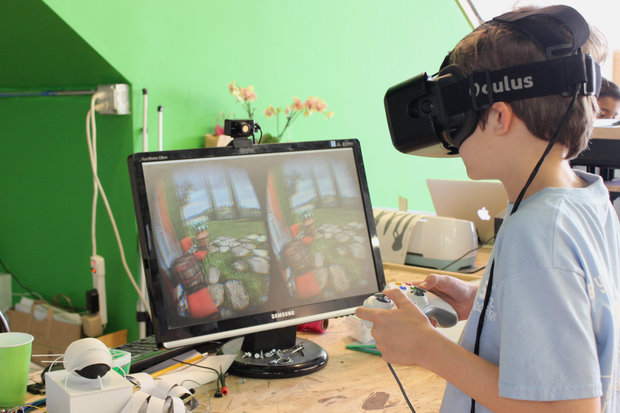 Bit Space features the latest in virtual reality technology — the Oculus Rift head-mounted display. The purpose is for kids to get a sense of how they'd rather interact with a game, and to create the programming code to make it happen. [DNAinfo/Patty Wetli] 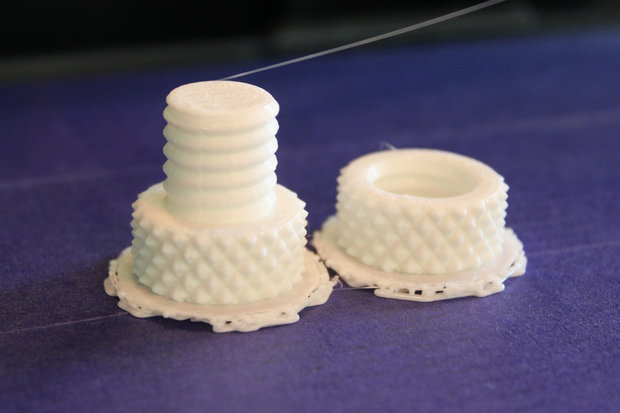 That'll save on trips to the hardware store — 3D-printed nuts and bolts. [DNAinfo/Patty Wetli]