By Justin Breen |&nbspJuly 3, 2015 5:50am | Updated on July 15, 2015 9:24am
@dnainfo_breen
Twitter Facebook Email More
Quinniya Hearn was homeless and had to live with her daughter, Phallyn, in a shelter. She now has a home, a job and a spot in the Miss Voluptuous Diva USA Scholarship Pageant.
View Full Caption
Quinniya Hearn

KENWOOD — A few months after receiving her master's degree in social work and serving an internship as a case manager to help the homeless, Quinniya Hearn was unemployed, nearly broke and had nowhere to live.

So Hearn and her young daughter, Phallyn, were forced to move into a homeless shelter.

"It was kind of like a slap in the face," Hearn said. "The exact same services I searched for to help other people get on their feet were the same services I needed. How ironic is that? I couldn't believe it myself."

Hearn and Phallyn spent about four months in the Our Lady of Solace shelter on the city's South Side before she was able to save enough money to rent an apartment in Auburn Gresham on July 1, 2014. Last week, she celebrated her one-year anniversary in her new abode with now 3-year-old Phallyn, and Saturday, Hearn turned 34 years old.

For her July 4 birthday, Hearn bought a yellow, strawberry-filled cake with patriotic red, white and blue buttercream icing. On top were a pair of plastic high heels — in honor of an upcoming beauty pageant at King College Prep in which Hearn is a contestant. 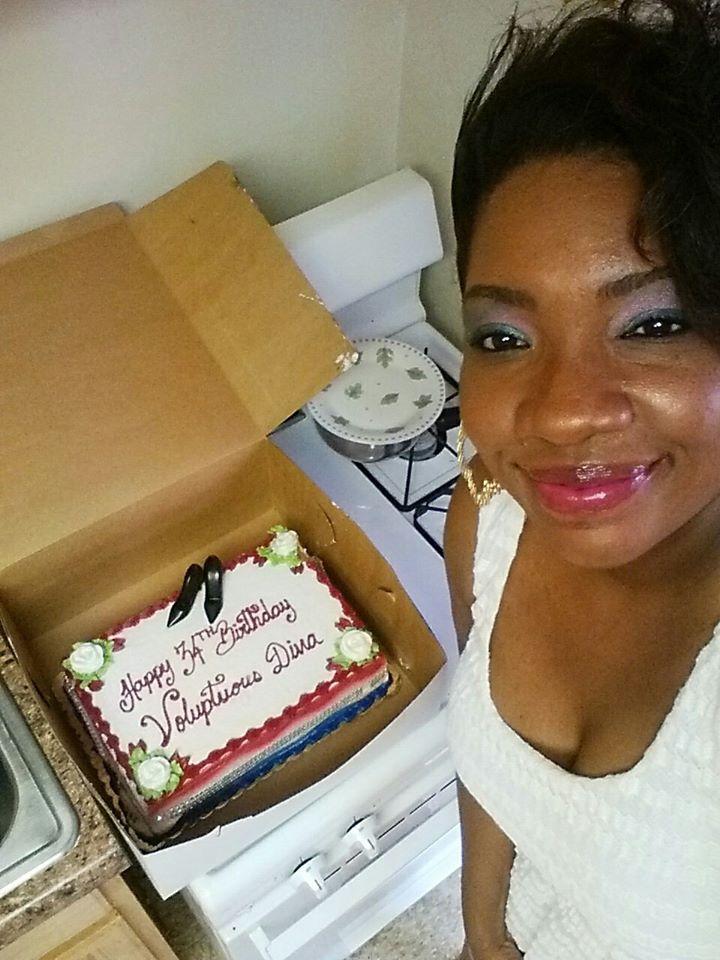 And after her party, as she does every Saturday, Hearn spent several hours as a volunteer in Garfield Park at the Primo homeless shelter. Hearn, now a case manager for wards of the state at Thresholds, said her favorite moments at the shelter are sharing her story of triumph and never giving up. 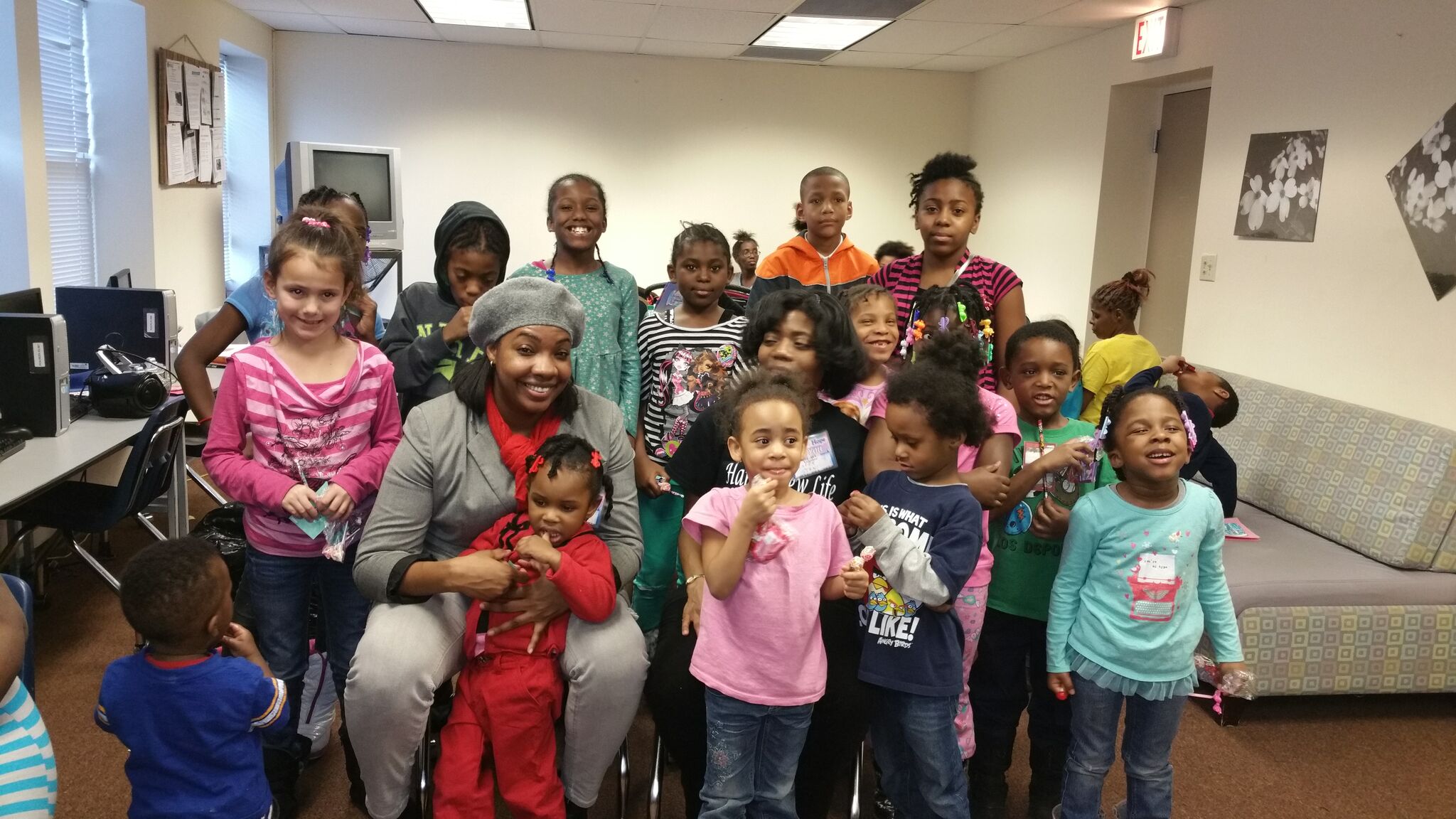 Quinniya Hearn (in gray and red) holds her daughter, Phallyn, at the Primo homeless shelter, where she volunteers every Saturday. [Karla Cox]

A master's degree, but nowhere to live

Hearn, a Simeon Career Academy graduate who has a bachelor's in English from Southern Illinois and master's from Loyola, was raised in the Robert Taylor Homes. She is the first person in her family to earn a college degree. That includes her parents, grandparents, sister and several aunts and uncles.

While she was working on her master's at Loyola University Chicago's Downtown campus, she also went through a divorce, was evicted from an apartment in Hyde Park when Phallyn was only 5 months old and lost her job as a mental health associate.

For about a year, she and Phallyn lived with family and friends while she struggled to find another job and go to school, but eventually, Hearn said, those options ran out.

"I had to bounce around, because everyone had their own lives," Hearn said.

Finally in March 2014, about nine months after she had graduated from Loyola, Hearn and Phallyn moved into the Our Lady of Solace shelter in Englewood. Hearn was given a key to her tiny room, which included a bunk bed, crib, one dresser and a small closet.

Hearn said she couldn't believe how many women she met who were just like her.

"There were so many professionals there who were just down on their luck," Hearn said.

And while Hearn said living in the shelter gave her "peace of mind," she also felt an overwhelming drive to find a permanent residence for her and her daughter.

"More than life itself, I never want [Phallyn] to experience anything like this in her whole life," Hearn said.

Employment as a child welfare worker for Lutheran Social Services allowed Hearn to accrue enough savings to leave the shelter in July 2014 for the apartment in Auburn Gresham. She started her role at Thresholds last March and is hoping to eventually buy a home.

LaShawn Givens, who lived at the shelter with Hearn and now resides in Roseland, said Hearn "has set an example to me and other young mothers by not allowing being homeless to dictate her future by not giving up."

"Watching Quinniya on a daily basis juggling situations that were almost unbearable inspired us, because we were under her and needed to see her fulfill her destiny through her faith and never giving up," said Givens, a student with the Community Trades Pre-Apprentice Project. "Now I have an opportunity to press forward."

A different kind of "diva"

The beauty pageant, she said, has been the proverbial icing on the cake.

She found out about the Miss Voluptuous Diva USA Scholarship Pageant because she attends the same church — Apostolic Faith Church in Bronzeville — as the pageant's founder, Barbara Ellzey. 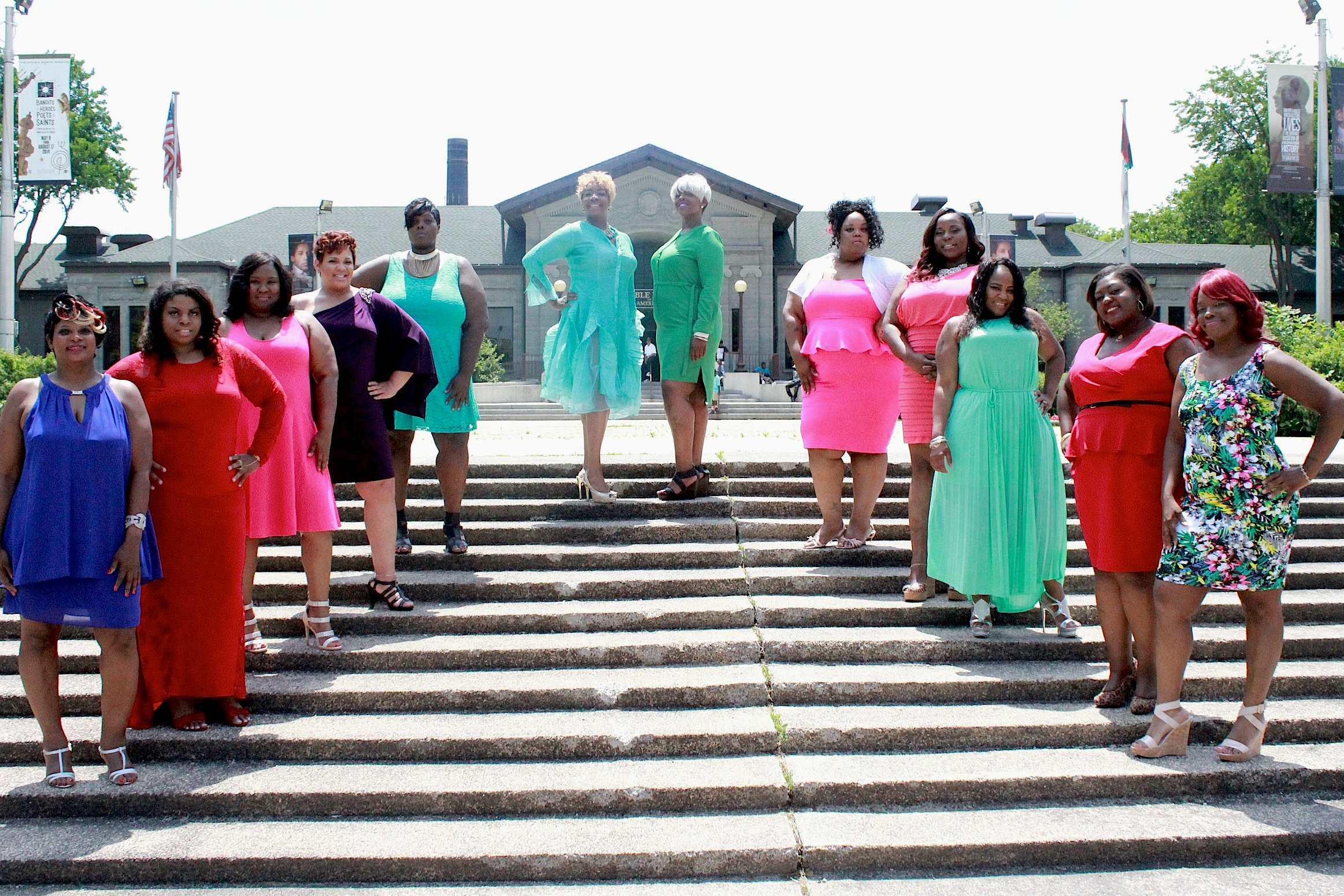 In January, Hearn successfully tried out for the pageant, which takes place Aug. 16 at King College Prep. Hearn is one of 12 contestants, ranging in age from 20-51. They will be judged on evening gown presentation, a talent and a question-and-answer session. All of them wear at least size 14 clothes, Ellzey said, which is the main point of the competition.

"A lot of women are excited because this is the first time they'll be able to showcase their talent and their beauty and be comfortable in the size that they are," said Ellzey, of Bronzeville. "It is an empowerment pageant to empower women to pursue their dreams."

Hearn said she's thrilled about the pageant because she's always wanted to be a model, and it's a great chance for her to build her self-esteem.

But more important, she said, is the event gives her a platform to discuss homelessness and her story.

"I'm consistent and determined," Hearn said. "I think the struggle made me a stronger, more courageous person." 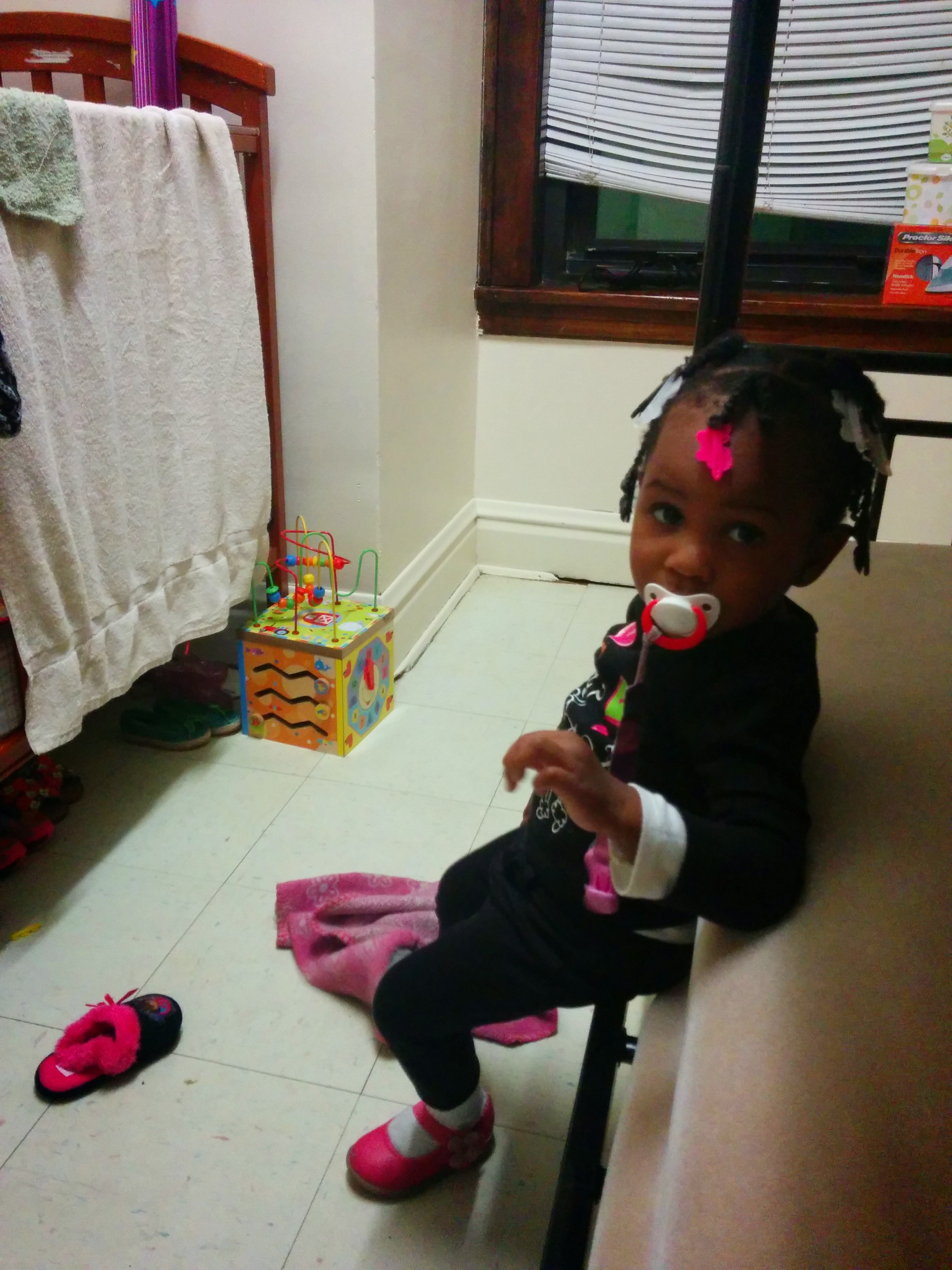