When Does Grateful Dead Tailgating Start? And Other Facts for Deadheads

SOLDIER FIELD — After 50 years, it all ends for the Grateful Dead this weekend in Chicago.

Deadheads are already arriving Downtown before the band's three-day "Fare Thee Well" festival this weekend at Soldier Field. The shows Friday through Sunday are being billed as the last time the legendary band will play together as the Grateful Dead since it formed more than 50 years ago.

Festival tickets instantly sold out earlier this year, with local hotels, ticket scalpers and other businesses all feeling the rush now.

Here's what you need to know, whether it's your first or 50th Dead show, before the band hits the stage Friday:

I Didn't Buy a Parking Pass. Where Can I Park? Day-of parking will be first-come, first-served, with Soldier Field's north parking garage opening first at 6 a.m. on festival days. All other Soldier Field lots will open at 3 p.m., but the stadium will be "prepared to open sooner if need be," Soldier Field spokesman Luca Serra said Monday. Parking passes will cost $49 for cars and $121 for buses and recreational vehicles, Serra said.

I Have Pit Tickets. When Should I Start Claiming My Space? Deadheads with general admission tickets can start lining up at 6 a.m. on festival days in the "Stadium Green" area outside Soldier Field's southeast corner. The stadium's gates will open at 5 p.m., with the shows starting at 7 p.m. (Last weekend's shows in Santa Clara, Calif. began at around 7:30 p.m. local time and wrapped at 10:45 p.m., with a lengthy set break wedged in between). 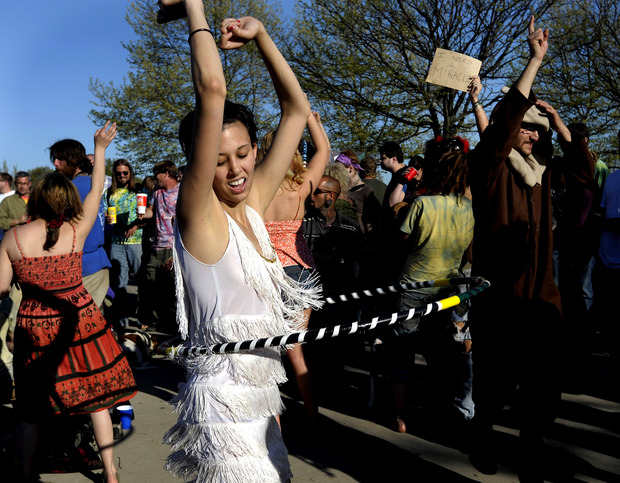 Deadheads at a 2009 show in North Carolina. [Getty Images]

Is Tailgating Allowed? Yes. Tailgating will be allowed in Soldier Field's parking lots, even if you don't have a ticket to the festival. Tailgating will end once the shows start at 7 p.m., though, and overnight camping will not be allowed. Serra said concertgoers will have about an hour after each show to leave the premises.

What Can I Do While Tailgating? Rock out. But also buy Grateful Dead merchandise from vendors who will open their shops at 10 a.m. on festival grounds, Serra said. There will also be a group of 17 band-affiliated charities in "Participation Row" conducting silent auctions and giving away items, including a custom, autographed guitar. 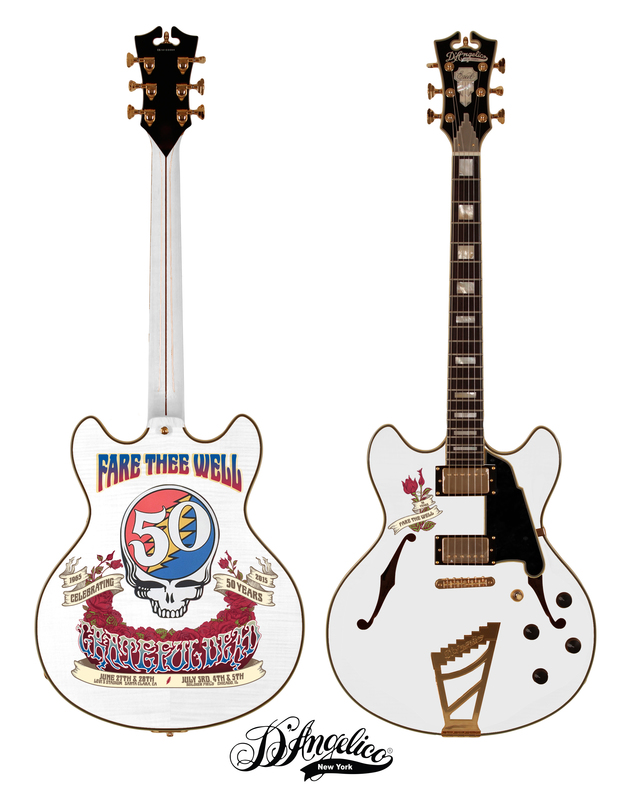 This custom guitar, autographed by the band, will be given away this weekend. [Courtesy of D'Angelico Guitars]

What Can't I Bring? Soldier Field's regular list of prohibited items applies, Serra said, plus these additions once people enter the stadium:

No Umbrellas? What If It Rains? The shows will go on rain or shine, Serra said. If there is lightning or more inclement weather, concertgoers will be directed to sheltered parts of the stadium.

Will There Be a Rainbow? Is The Rainbow Real? Only if Jerry or Mother Nature wills it. Although Billboard wrote that the impressive rainbow that appeared during Saturday night's Dead show in Santa Clara, Calif., was a band-financed lighting trick, Snopes says it was real.

I'm Still Looking For a Ticket. How Much Are They? Three-day passes are reselling for an average of $1,179, and single-day passes are fetching $520 each, according to SeatGeek. A StubHub search Monday showed ticket listings ranging from $137.25 for an obstructed upper-level view of Friday's show to $32,000 for a three-day pit pass.

Ouch. How about Airbnb? The festival has driven up hotel room rates this holiday weekend, and Airbnb is no different. A quick search for two guests in Chicago showed an average nightly rate of $375 from Friday through Sunday. Too pricey? Park your RV in suburban Crete ($25/night) or camp in a Villa Park backyard ($30) instead. 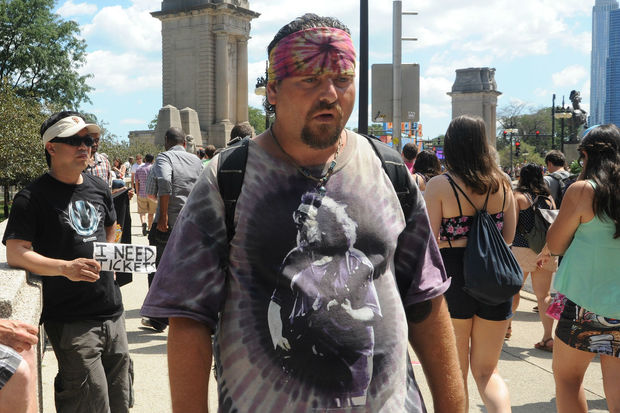 I Don't Have Concert Tickets. Can I Still Watch/Listen? Yes. Here is a link to stream the shows for a price via webcast, YouTube, satellite radio, or pay-per-view on your TV.

How Should I Get There? Soldier Field encourages concertgoers to take public transportation, and CTA spokesman Jeffrey Tolman said the transit system will provide extra bus and rail service for the shows, with buses picking up and dropping off on the east side of Columbus Drive for concert goers. The Chicago Department of Transportation (CDOT) said taxis and ride-sharing services such as Uber will pick up on Michigan Avenue and drop off at 18th Street, and limousines will pick up and drop off on the west side of Columbus Drive from Roosevelt Road to Balbo Avenue. Bike parking is available on the lawn east of the Waldron Parking Garage.

Will Any Streets Be Closed? Museum Campus Drive (starting at 10 a.m.) and the McFetridge Drive cul-de-sac (2 p.m.) will be closed each day of the festival. Columbus Drive from Balbo Avenue to Monroe Street is expected to be closed for Taste of Chicago preparations, Serra said. Congress Parkway from Michigan Avenue to Columbus Drive and Jackson Boulevard from Michigan Avenue to Lake Shore Drive will also be closed starting Friday for the Taste. CDOT advises that drivers take Congress Parkway, Madison or Randolph streets instead of Roosevelt Road, the latter of which is undergoing construction, to connect to Interstates 90 and 94.

I Just Want A Box Set of the Shows. Here you go.