CHICAGO — After leaving his popular encased meats business because it was simply "time to do something else,” Hot Doug has taken on a new project for the people of Chicago, and the world. 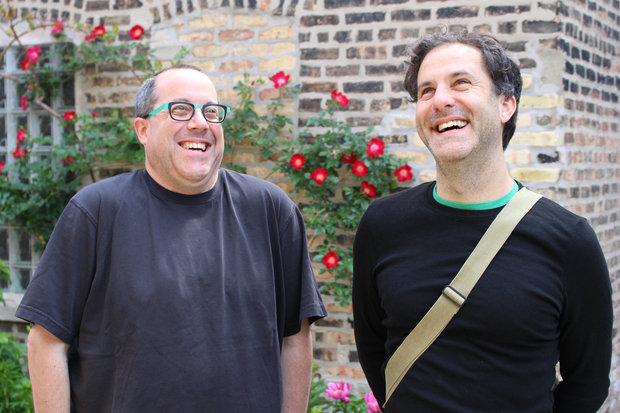 The hour-long podcast is another labor of love for Sohn and his co-host, musician Nick Markos, aka The Hitmaker. (Radio Misfits)

The first episode of Doug Sohn’s new podcast, “The (Untitled) Hour with Hot Doug and The Hitmaker,” will be recorded Monday, June 29, and will air on the Radio Misfits Podcast Network Tuesday. In addition to listening online, fans will be able to watch the two long-time friends tape the show each week from their Roscoe Village studio at 2149 W. Roscoe St., where a speaker posted outside of the studio will relay the show live.

The hour-long podcast is another labor of love for Sohn and his co-host, musician Nick Markos (aka The Hitmaker), after the closure of Hot Doug’s Avondale shop in October 2014 and Sohn’s first festival, The Dog Dayz of Summer, wrapped up this past weekend.

Sohn has taken an organic approach to new projects since his last days at Hot Doug’s — mostly it’s a matter of saying, “I’ve never done that before, that sounds like it could be fun,” he said. “I love the creative outlet, which was sort of my goal with closing the restaurant — I need new goals as outlets for my brain.”

The show has been a couple months in the making and sprang from an idea that had been bouncing between he and Markos for much longer, Sohn said. It’ll revolve around a weekly conversation between Sohn and Markos — pure Hot Doug and The Hitmaker — exploring the arcane, the serious and the absurd, according to the show's tagline. 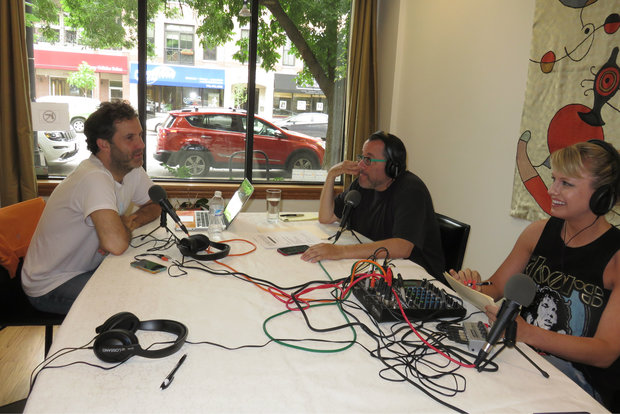 Listeners are invited to view the making of the show each week at 2149 W. Roscoe St. (Radio Misfits)

There’ll be “a tiny bit of structure … we do prepare somewhat,” Sohn said. “We have a list of subjects to talk about and then let the conversation flow from there” with the goal of providing humor and insight through the pair’s “pleasing and entertaining” repartee.

The show is in line with the spirit of that made Hot Doug’s famous — it’s ‘I like this and hopefully someone else will’,” Sohn said, noting that guests will be invited to banter with himself and The Hitmaker each week.

And each week, listeners will be invited to view the making of the show. But one thing the show won’t be about is food, Sohn said — at least not entirely about food.

“Only because both of us would like to talk about other things,” Sohn said. “And [Radio Misfits] has given us total free reign to do what we want — which is really nice.”

The Untitled Hour will tape episodes every Monday from 4-5 p.m. at 2149 W. Roscoe St. The episodes will air at RadioMisfits.com every Tuesday. Hot Doug and The Hitmaker will also do a special taping of the show at the Taste of Chicago July 9, with guest Amanda Puck, a scheduled regular contributor to "The (Untitled) Hour."