BOWMANVILLE — On a "listening tour" to determine if the Bowmanville community is a good fit for their second charter school, representatives from Intrinsic Schools received an earful from neighbors at a public meeting held Tuesday night.

For nearly two hours, residents fired questions at Intrinsic founder and principal Melissa Zaikos: How is Intrinsic funded? Where will the school draw its students from and how many are expected to enroll? How far along is Intrinsic in securing the Bowmanville location? And why come to an area where people are rallying around their neighborhood schools?

"If the community doesn't want you, do you still want to come where you're not welcome"? one neighbor asked.

Intrinsic, which already operates a campus at 4540 W. Belmont Ave., is under contract to purchase a four-acre parcel within Rosehill Cemetery (part of a larger 11-acre tract for sale), situated on Western Avenue at Balmoral Avenue. 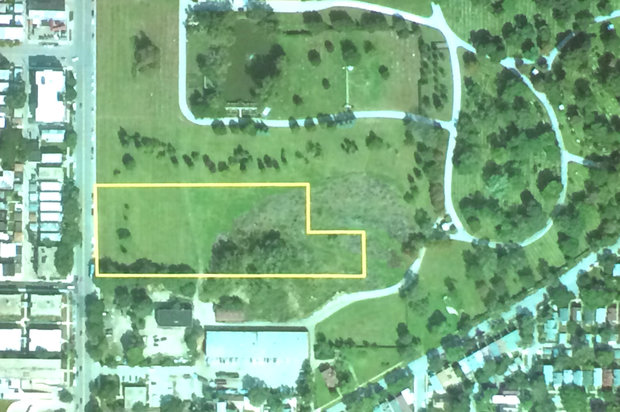 "We're kicking out the tires on the site," said Andrew Scott, the lawyer shepherding Intrinsic through the zoning process.

One of three charter schools eyeballing locations on the city's North Side, Intrinsic, which enrolls students in grades seven through 12, has already faced opposition from a coalition of neighborhood principals, local school councils and public officials who claim the criteria for charters hasn't "remotely been met" in the area.

Tuesday's forum was intended to give neighbors the opportunity to "formulate our opinion based on facts," Ald. Pat O'Connor (40th) said in an email to constituents.

Having staved off a charter proposal from Concept Schools in 2013, Bowmanville residents turned out again to ask, "Why here?"

Claire Shingler, former president of the Bowmanville Community Organization, ticked off a laundry list of issues, including the need for a traffic study, buffering to minimize noise and congestion, and a guarantee that there would be no vehicular or pedestrian access from the school to Bowmanville Avenue.

"And obviously the effect on Amundsen, that's a very big factor," Shingler said.

Intrinsic's proposal to enroll 1,000 students in Phase One of its build-out and an undetermined number during a potential Phase Two expansion had residents worried about the impact on the community's existing public and parochial schools.

"That's a lot of butts out of our seats," said one neighbor.

"Why here when they closed that big, beautiful building at Foster and Ashland?" another questioned, referencing Trumbull Elementary, shuttered in 2013.

Intrinsic, Zaikos explained, was specifically directed by Chicago Public Schools to open schools "north of Fullerton and west of Western."

While the Bowmanville location is just a bit outside the "west of Western" mark, it's large enough for Intrinsic's needs, is zoned for a school and is accessible to public transportation, Zaikos said. 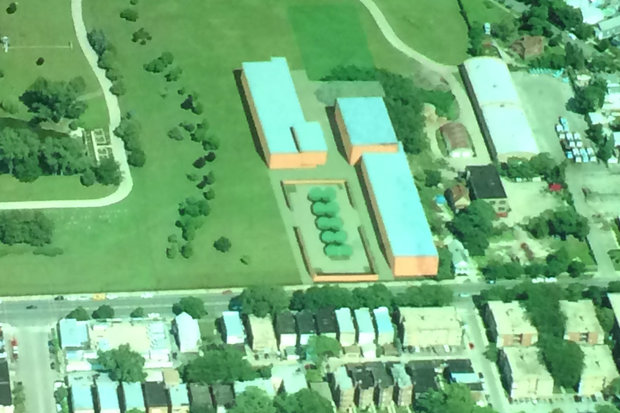 A Lincoln Square resident, Zaikos said, "My general sense is the neighborhood would benefit from more schools. ... We just want to offer choices."

Zaikos, a veteran of CPS' Central Office who previously managed the Pershing Network and served as chief of staff for former CEO Arne Duncan, said she developed the Intrinsic model after witnessing the inability of CPS schools to take full advantage of data obtained from assessments like the MAP test, which she pioneered.

Traditional schools can't take that data and then tailor material to individual students' needs, unlike Intrinsic, which makes heavy use of technology to enable self-directed, independent learning, she said.

If this isn't an education model that interests neighborhood parents, the Bowmanville location, with its proximity to rail and bus routes, could easily serve students, who are accepted via blind lottery, from elsewhere, Zaikos said.

"We don't care where our students come from. We want to serve whoever comes to us," she said, though in response to a question about a "Plan B," she did note that Intrinsic was also exploring a pair of alternate sites — one close to its Belmont campus and another "further northwest."

A portion of capital funding for the Bowmanville building would come from CPS, she said, with the majority secured through a bond issued against Intrinsic's first location.

Intrinsic also raises a significant amount of money through grants from organizations such as the Gates and Walton foundations, Zaikos said.

"Not now, not ever," he emphasized.

Next steps for Intrinsic include filing for a zoning change as a "planned development," meaning the plan it presents is the only plan it can build, Scott said.

He anticipates a July or August hearing in front of the city's zoning board and planning commission, with a groundbreaking in the fall and a 2016 opening, if all goes in Intrinsic's favor, including final approval on the location from the Board of Education.

Though this timeline sounded to many like a "done deal" — in spite of most neighbors just learning about the Intrinsic proposal last week — Shingler said she fully expected a larger community-wide meeting to take place, and added that the Bowmanville Community Organization was developing a survey to "ensure your voices are heard."

Long-time resident Diana Liefer is one neighbor whose mind is already made up.

"The money that goes to charter schools, you're drawing money from schools that are striving to improve," she said to Zaikos.

"Frankly I think it's a bad deal for CPS and a march toward privatization so the city can wash its hands of our children," Liefer said.