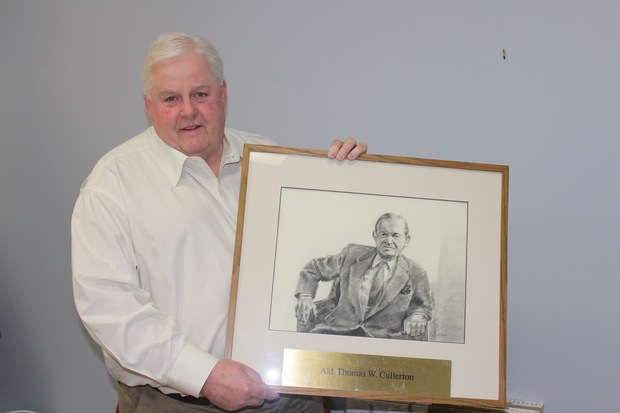 PORTAGE PARK — Ald. Tim Cullerton's (38th) retirement from the Chicago City Council May 18 will close the books on one of the most enduring Chicago political dynasties — and usher in a new era of politics on the Far Northwest Side.

A member of the Cullerton family has been a member of the Council for 144 years, putting it on par with the Daleys on any list of Chicago's most powerful political families.

But the line of six aldermen will end with Tim Cullerton, 67, a former deputy city Buildings commissioner, who plans to spend more time with his wife, Nancy, and five grandchildren while avoiding the "down and dirty" politics at City Hall.

"It has not been a job, but a privilege," Cullerton said, adding that he has no regrets about retiring. "It has been an honor, really."

Heather Cherone says Ald. Cullerton is ready to move on:

Cullerton said he hoped his family left behind a legacy of public service.

"I never thought I would be an alderman," Cullerton said, praising his staff for its hard work. "But I've enjoyed these last four years. I hope I did some good for the neighborhood."

Cullerton said he was proud of his use of the city's zoning laws to protect residents of Portage Park and Dunning from unwanted developments, like crowded apartment buildings, bars, liquor stores and gas stations.

Cullerton will be replaced by Ald. Nicholas Sposato (36th), who decided to run in the 38th Ward after the boundaries of the 36th Ward were redrawn to include a majority of Latino residents.

"I hope [Sposato] will get to know the neighborhood," Cullerton said.

Cullerton endorsed nonprofit executive Heather Sattler to replace him, and he said he was disappointed the voters chose Sposato.

Sattler "would have been a great alderman," Cullerton said.

While Sattler isn't related to the Cullertons by blood, she has known the alderman her entire life. Her mother, Rita Sattler, was Cullerton's chief of staff until she retired in 2014 after running the 38th Ward Office for 21 years.

Sposato and Ald. John Arena, who represents the neighboring 45th Ward, founded the Council's progressive caucus, which often finds itself at loggerheads with Emanuel. They expect to be joined by the new aldermen elected to represent the 36th and 41st wards to the south and north of the 38th and 45th wards.

Sposato explicitly campaigned against the "Cullerton machine" and promised a fresh start for the 38th Ward. His campaign was boosted by more than $82,000 in direct contributions from unions and $77,000 from the Service Employee International Union Illinois Council Political Action Committee.

"They all keep talking about the machine, but it doesn't look that different to me with all that money," Cullerton said, noting that residents got a mailer a day touting Sposato's candidacy. "I don't know how you compete with that."

Ald. Margaret Laurino (39th) said she would miss her neighbor on the Council floor for his kind words — and ready stash of mixed nuts he was always quick to share during the lengthy meetings

Despite Tim Cullerton's retirement, the Cullertons aren't entirely out of Chicago politics.

Patti Jo "P.J." Cullerton, the alderman's sister, remains the 38th Ward Democratic committeeman, a post she has held for 20 years, and members of the Cullerton family have been a part of the 38th Ward Regular Democratic Organization dating to the 1930s.

In addition, the alderman's cousin John Cullerton is president of the Illinois Senate, and another cousin, Thomas Cullerton, is a state senator, representing DuPage County.

The Cullerton dynasty began in 1871, when Ed Cullerton — the son of one of the tens of thousands of Irish immigrants who settled in Chicago — was elected alderman of the 6th Ward on the South Side.

Ed Cullerton — who then was elected state senator in 1872, serving in both roles simultaneously — chaired the powerful Council Finance Committee and got a street named after him before dying in office in 1920. 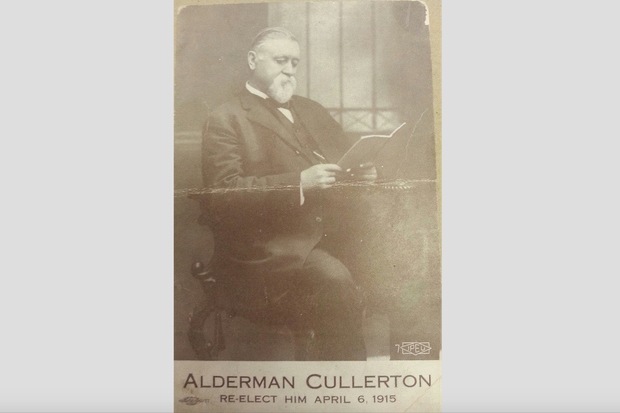 A 1915 campaign photo for Ald. Ed Cullerton, who launched the Cullerton dynasty in 1871. (Cullerton family photo)

As the city expanded north and west, the Cullertons followed its borders. One of Ed Cullerton's nephews opened a bar near what is now Six Corners at Irving Park Road and Cicero and Milwaukee avenues. On his second try, Patrick Joseph "P.J." Cullerton, who was also known as Parky, was elected alderman of the 38th Ward in 1935.

Willie Cullerton died in 1973, and was replaced by his son, Thomas, the current alderman's father. 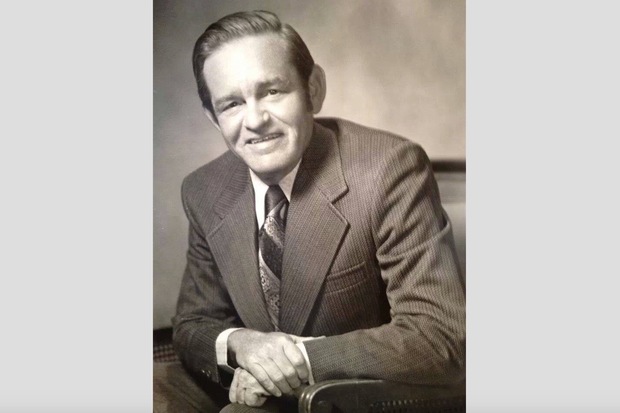 Thomas Cullerton died in office in 1993, and former Mayor Richard M. Daley picked Tim Cullerton's brother-in-law, Thomas Allen, to replace him. When Allen became a Cook County judge, Tim Cullerton got the nod from Daley and won a full term in 2011.

Tim Cullerton, who lives near Portage Park's namesake park, across the street from where he grew up, said he learned most of what he knows about politics from his father, whom he watched help person after person in need.

"I kind of miss those days," said Cullerton, who was busy packing up his office this week. His Dunning office's walls were mostly bare — except for a picture of his father.

But there are some things Cullerton said he won't miss about being alderman — including the endless stream of requests to fill potholes, trim trees and plow streets during the winter.

"I won't miss the snowstorms, that's for sure," Cullerton said, shaking his head. 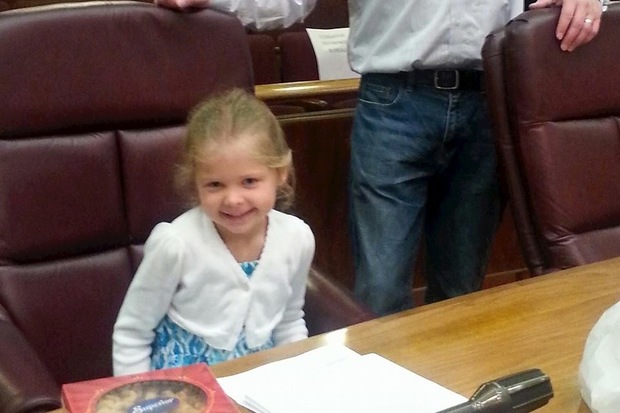