GRANT PARK — Preparations for the upcoming NFL Draft so far have left Grant Park looking like a mess, but one that doesn't seem to be affecting drivers nearby too much.

Street closures around the Downtown park began last week, with Congress Parkway from Michigan Avenue to Columbus Drive, and Columbus from Jackson Drive to Balbo Avenue closed until next month.

So far there's been "nothing out of the ordinary" seen by Andrew Roman, a security guard watching the entrance to the Draft Town festival under construction at Michigan and Congress. A city worker directing traffic at Columbus and Monroe Street affirmed "everything's been good" on the other side of the park. 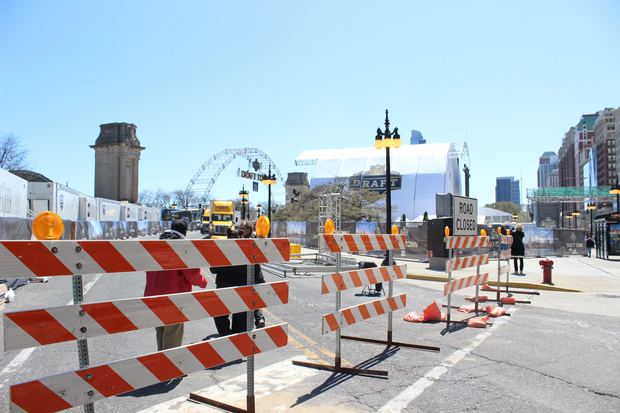 Of course, work on Chicago's first NFL Draft in more than 50 years is bringing more industrial equipment than usual to downtown Chicago. Other workers in golf carts were scooting around on the Michigan Ave. sidewalk Tuesday. 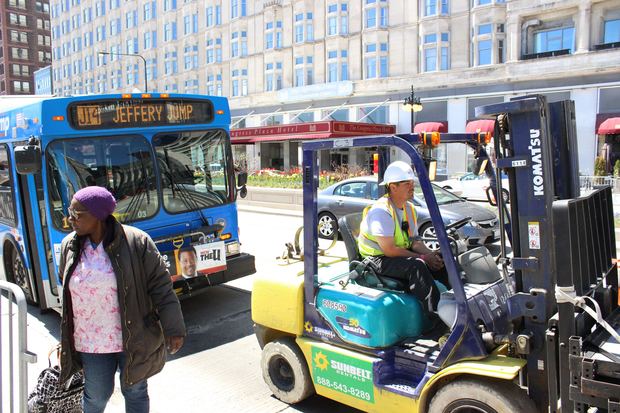 Getting around was "crazy" for George Mills, who drove into town Tuesday from Toledo, Ohio, though Mills admitted he did not know about the draft or its street closures in advance.

"Never paid attention to it," said Mills, a native of St. Paul, Minn. "I came to see the Art Institute."

WBBM Morning Traffic Reporter Bart Shore said the traffic closures would be no more adverse to drivers than those used for other big Downtown events.

"Whether it’s Taste of Chicago, if it’s a parade, there’s always something that’s inhibiting somebody’s routes," Shore said. "When that happens more people have to stay on Lake Shore Drive. It does slow [traffic] down, but it's not the worst thing."

Vincent Huckaby, who just wrapped up a Segway tour Tuesday for Bike and Roll Chicago, said he "redesigned" his tour path to make way for the draft, but not by much. Instead of taking visitors down Columbus, he's now taking them along the lakefront and through Butler Field. It's a change he's used during Lollapalooza, the Taste of Chicago and other Downtown festivals.

"We'll be fine. We go through this every year," Huckaby said.