THE LOOP — Having already hosted coffee breaks and a street party, Sir Richard Branson's new Downtown hotel will now serve up a rooftop lounge with a view, or three.

The 26th-floor lounge, Cerise, is "like a cherry on top" of the newly opened Loop hotel at 203 N. Wabash Ave., a Virgin spokeswoman said. The watering hole opening Wednesday takes its name from the French term for cherry red. 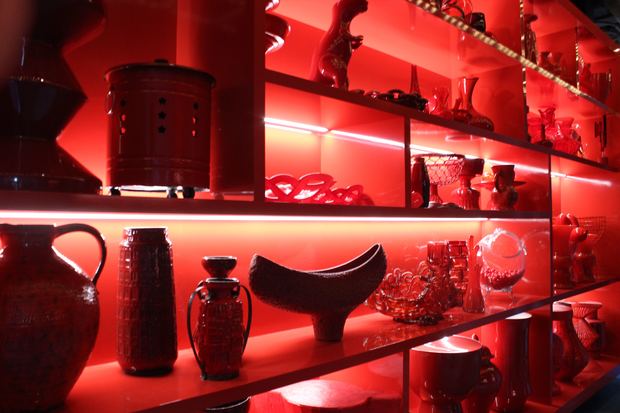 Guests are immediately greeted by this red wall when getting off the elevator. (DNAinfo/David Matthews)

The two-bar lounge opening to a three-sided outdoor patio rounds out the eateries at the hotel, which previously debuted its Commons Club, Two Zero Three coffee/wine bar, and Miss Ricky's diner. Cerise is inspired by Izikayas, or after-hours Japanese pubs, serving small plates including "Hot Mame" (edamame, bacon and ghost pepper) for $7 or shrimp dumplings with cilantro and butter sauce for $8. 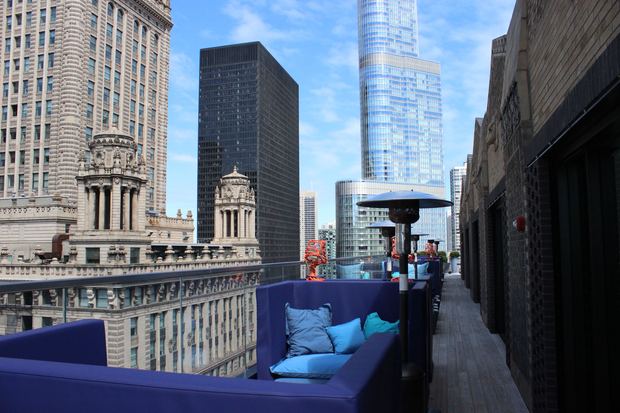 The west side of the patio facing north. For now, Cerise will be open to the public Wednesdays through Sundays. (DNAinfo/David Matthews)

Designed by Paola Navone, the decor with shag carpet and plush pillows maintains the playful vibe throughout the Virgin Hotel. For now, the lounge will be open to hotel guests and the public Wednesdays through Sundays. 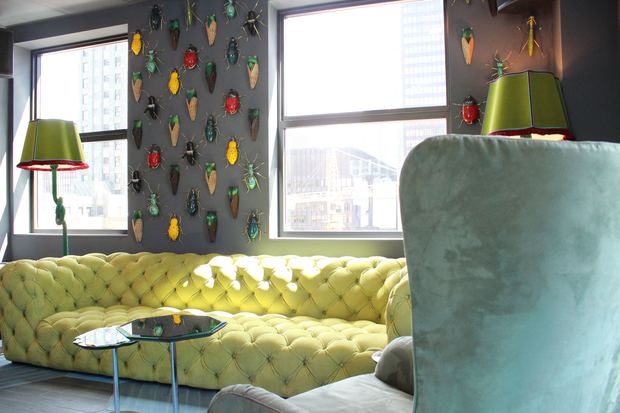 "The concept was just to make this a fun, whimsical space and true to the Virgin brand," a hotel spokeswoman said.

Check out the slideshow for more views at Cerise before it opens this week.