Fewer Pets Will Go Hungry With 2.5 Tons of Food Donated to Local Group

CHICAGO — How many pets does 2.5 tons of food feed?

That's what Friendship Pet Food Pantry will be able to find out after receiving more than 5,000 pounds of food from Chicago businesses in a recent competition.

Mary Wulffen, a volunteer for the pantry, estimated the haul could feed as many as 400 pets over the next several months, as food is distributed the third Friday of each month.

"We couldn't believe our good fortune today when the moving truck pulled up to the Friendship Center," said Christine Cupaiuolo, a Friendship Pet Food Pantry volunteer, in an email.

Integrative Pet Care, a rehab facility at 2250 W. Armitage Ave., brought in 2,593 pounds of food in the competition, just 36 more pounds than did Animal Medical Center, at 1618 W. Diversey Pkwy. 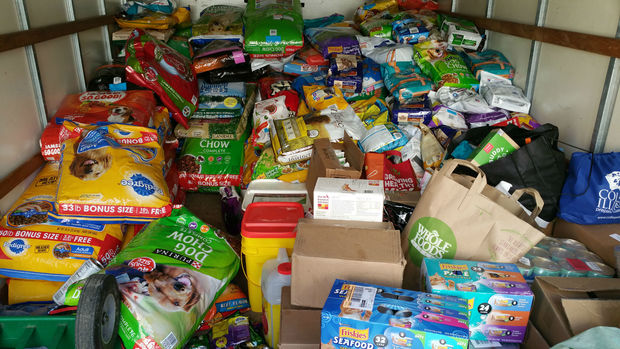 "Both Animal Medical Center of Chicago and Integrative Pet Care did an amazing job — especially considering how busy both clinics were these past two weeks due to the canine influenza breakout. We are very much indebted to them," Cupaiuolo said.

The two-week-long competition ended with the pantry receiving the donations April 2.

Anderson said he was surprised the two competing organizations' donations only differed by 36 pounds.

"We didn’t keep track during the two weeks," he said. "To be that close was really amazing."

One thing he wasn't surprised by, though, was the support from clients at Animal Medical Center.

"We have very generous clients," he said. "We've had a really good turnout."

"I can't believe how many people donated, and to come out with that much food is awesome. It's going to keep pets and their families together," Anderson said. 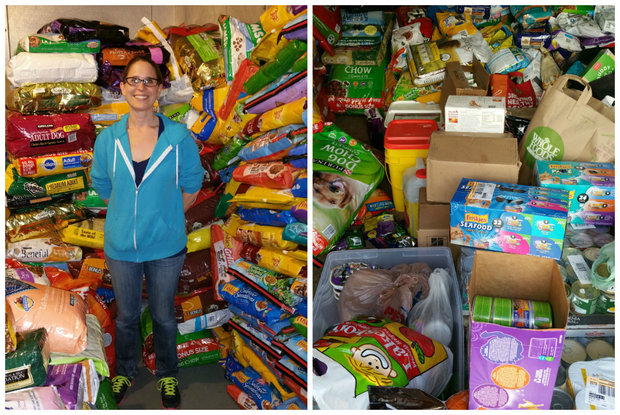