45th Ward Race Likely To Be Decided by Local Issues, Despite Citywide Focus

JEFFERSON PARK — As they battle it out in the runoff for the 45th Ward seat on the Chicago City Council, Ald. John Arena (45th) and Chicago Police Lt. John Garrido have weighed in on the biggest issues facing Chicago, including the the looming pension crisis that threatens to upend the city's budget.

But a DNAinfo Chicago analysis of polling data from the first round of voting indicates that the April 7 runoff is far more likely to turn on local issues in a ward that is divided almost evenly between the two candidates. 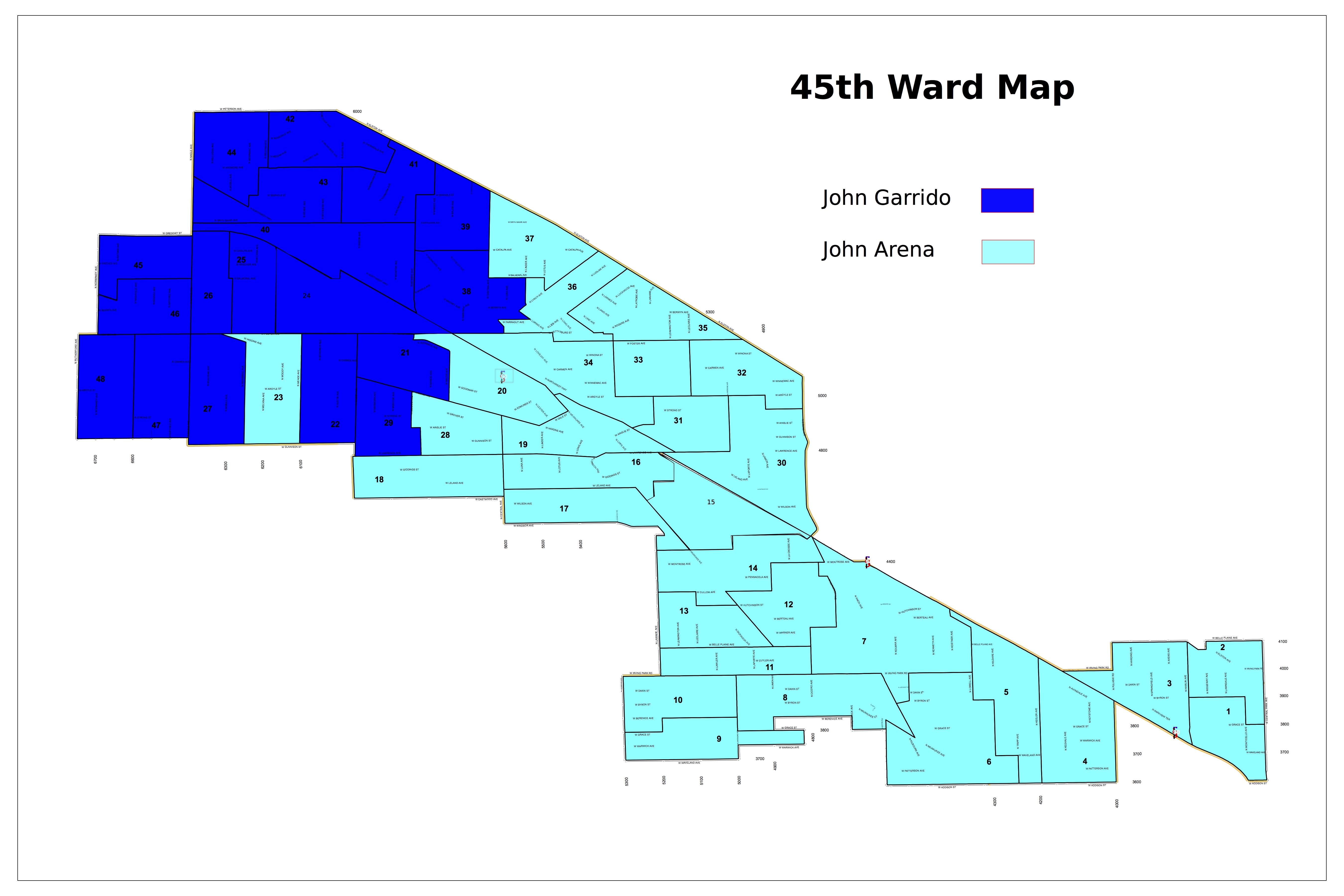 Vote totals from the first round of balloting in the 45th Ward aldermanic race. (DNAinfo/Heather Cherone)

Garrido, a Gladstone Park resident, won 39.7 percent in the first round — and has been trumpeting the endorsement of Michelle Baert, of Jefferson Park, who won 13.3 percent of the vote. A fourth candidate, Michael Diaz, came in a distant fourth.

Arena has based his campaign for re-election by on the renaissance of the Six Corners Shopping District near his Portage Park home and what he contends is his his record of "reversing 20 years of stagnation."

But during a debate Monday evening on CLTV hosted by Aldertrack, Garrido said Arena had neglected Jefferson Park and Gladstone Park to focus on Six Corners.

Arena rejected that claim, saying different projects move at different speeds. Both candidates have called for the city to complete a master plan to help shape development in Jefferson Park, similar to the one completed in 2012 in Portage Park that helped bring new life to the shopping district.

"You are trying to divide the neighborhoods," Arena said to Garrido during the debate.

The two have also sparred over Arena's business record. While Arena points to nearly 80 businesses that have opened in the ward since he took office, Garrido said 200 have closed.

Arena said Garrido's claims are false, and said the businesses he has worked to close were a threat to the ward's quality of life.

In addition, Arena faced months of withering criticism for introducing a plan that would have reduced Milwaukee Avenue in Jefferson Park and Gladstone Park from four lanes to two lanes to slow traffic and create protected bicycle lanes. The plan was dropped because of the opposition led by Garrido.

Arena also drew fire from the Jefferson Park Neighborhood Association for changing the zoning in the business district around Lawrence and Milwaukee avenues to prevent strip malls from being built on parcels that have been vacant for several years.

In Gladstone Park, Arena also championed plans for a high-end liquor store that drew the ire of nearby residents who said they were concerned it would create a nuisance in an area already saturated with places to buy booze.

Arena won 29 precincts, all but one in Portage Park and Old Irving Park, where his support for a plan to close a portion of Waveland Avenue to build a regulation soccer field at Schurz High School roiled the community, became a political football and was dropped.

Garrido won 19 precincts, and in six Gladstone Park and Jefferson Park precincts received more than 56 percent of the vote. 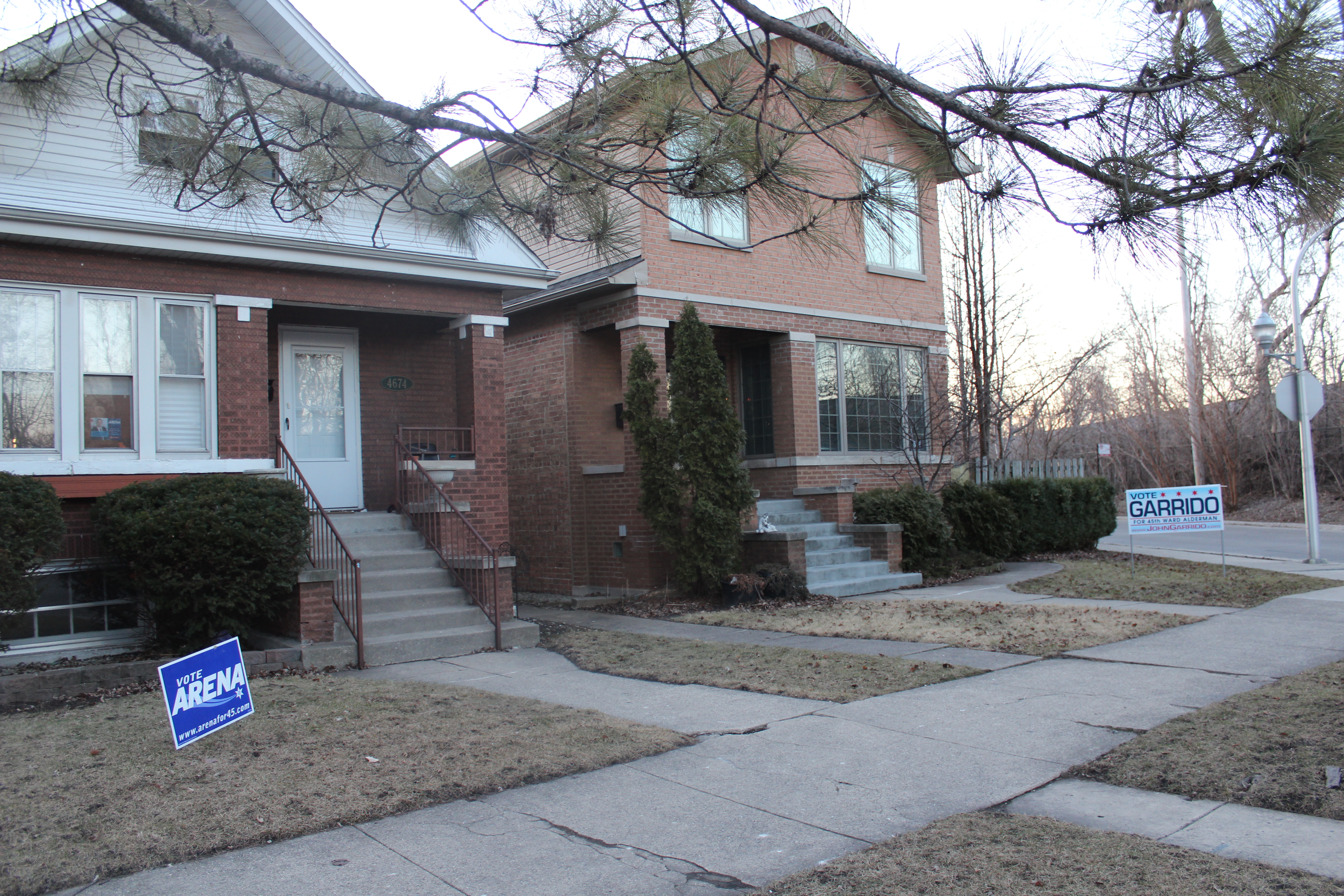 But issues with citywide implications have also played out in the 45th Ward race.

Emanuel's Chicago Forward Super PAC has twice targeted Arena, accusing him of breaking a 2011 campaign promise not to raise taxes. On March 16, the group funded by the mayor's allies spent $6,435 on a flier criticizing Arena. In the first round of voting, the group spent $10,050 to oppose Arena's re-election, according to state records.

Arena has said new taxes should be part of the discussion about how to cover the $550 million pension payment that the state Legislature has ordered the city to make to its police and fire pension systems by 2016.

Garrido said at the CLTV debate he favored a proposal to use half of the $1.7 billion in the city's Tax Increment Financing District funds to make that payment and avoid an immediate crisis.

Pensions for city employees must be renegotiated in "good faith" and should be funded by the revenue from a casino in downtown Chicago, Garrido said — echoing a plan from Emanuel.

Arena said he is also open to a downtown casino.

That would mark a rare instance of agreement between the mayor and Arena, who is the alderman that most frequently voted against Emanuel's initiatives.

"We need a council that looks at any proposal from a mayor with a critical eye," Arena said. "That's what I've done."

Arena's campaign has been buoyed by some of Emanuel's fiercest critics in organized labor, including the Service Employees International Union, the American Federation of State, County and Municipal Employees and the Chicago Teachers Union.

The SEIU has repeatedly blasted Garrido for his ties to the Republican Party, although Garrido is running as an independent in the non-partisan race for City Council. Through Feb. 17, the SEIU has spent $98,200 to directly support Arena's campaign and oppose Garrido, according to state records. 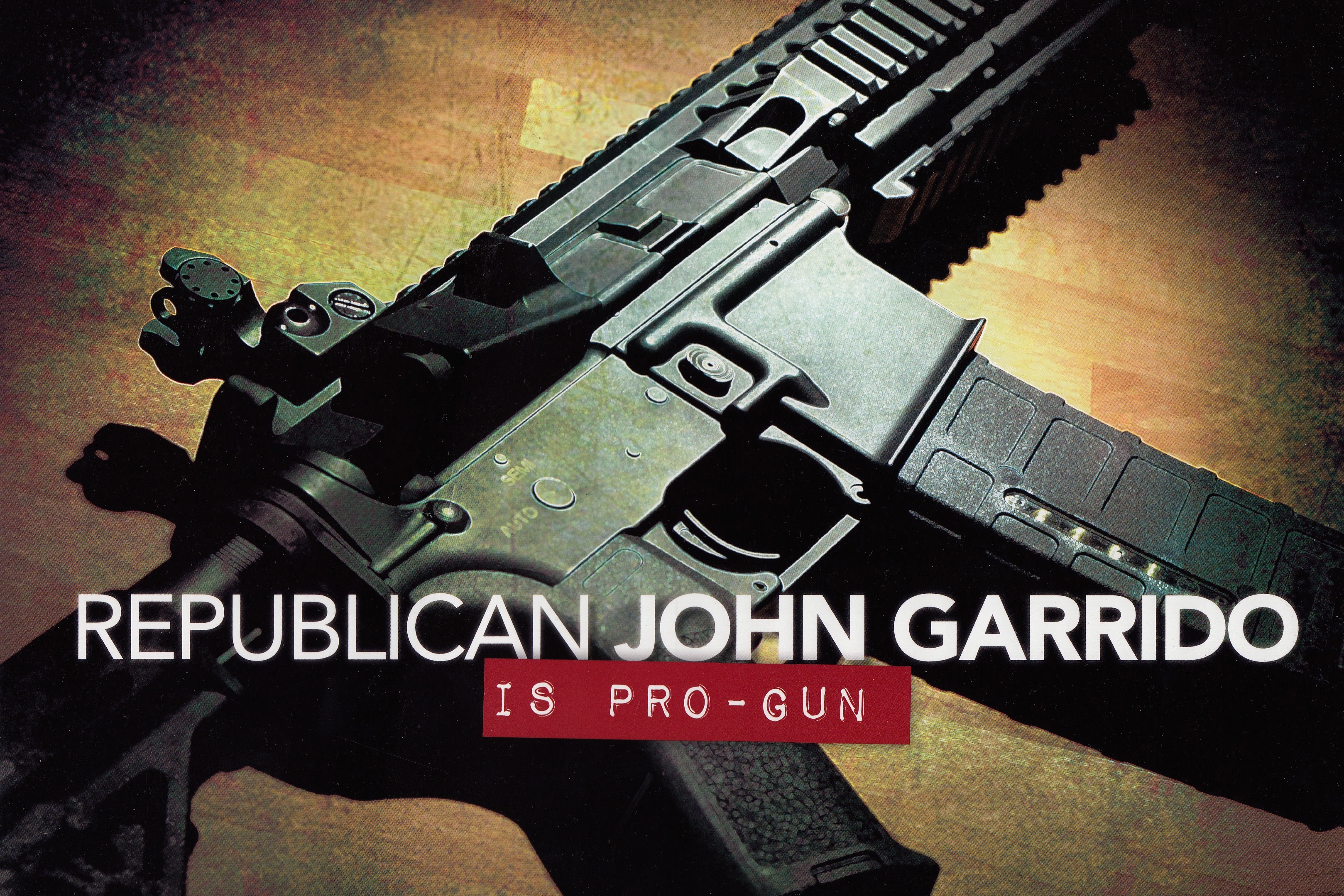 A flier paid for by the SEIU targeting Chicago Police Lt. John Garrido.

Garrido gave his campaign $27,600 on March 5, the largest contributions since the election, according to state records.

Neither candidate has endorsed Emanuel or Cook County Commissioner Jesus "Chuy" Garcia in the mayoral runoff.

But Arena accused the Emanuel's administration of doing nothing to address the looming pension crisis, while the council's Progressive Caucus has proposed a number of initiatives, including TIF reform and a tax on financial services transactions.

"Consider that when you vote for mayor," Arena said.

Registration and early voting will take place at 50 other locations around the city. Voters must show two forms of identification to register, and one to vote, officials said.