This Rockstar Burger Has 4,520 Calories and Weighs 5 Pounds

NORTH CENTER — Ever wondered what it's like to eat a bowling ball?

Allow us to introduce you to the Rockstar Burger Challenge.

Created four years ago by the team at Rocks, which has locations in North Center and Lakeview, the Rockstar Burger is a mountain of meat not to be scaled by the faint of heart, or gut.

Picture four half-pound beef patties, eight pieces of bacon, eight slices of pepperjack cheese, 8 ounces of spicy giardiniera, onion strings, lettuce and tomato sandwiched between a pretzel bun. Oh, and a pound of fries on the side. 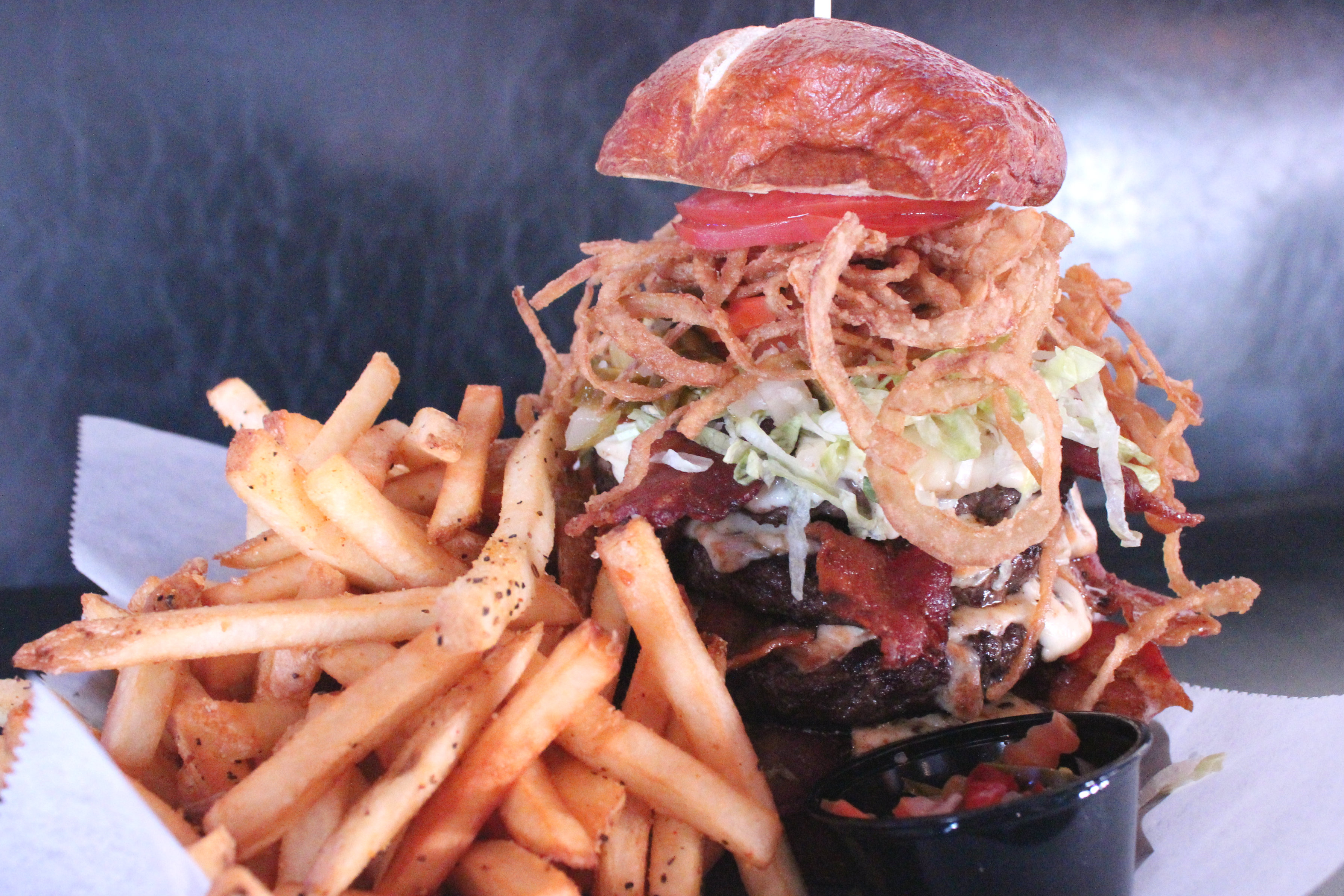 Eat the entire monster meal in 30 minutes, and dinner's on Rocks, plus you get a nifty championship T-shirt. Leave so much as half a fry or a crumb of bacon on the plate, and you're out 30 bucks.

Paul Clayton, 39, conquered the beast on New Year's Eve, becoming the most recent inductee into the North Center Rocks Hall of Fame.

He'd come to Rocks, 4138 N. Lincoln Ave., with the intent of consuming a base layer of food before a night of drinking, but on a dare from his friends wound up taking the Rockstar Challenge.

"It was more of an impulse thing," said Clayton.

His strategy: "Cram it in as fast as I can ... so my body won't recognize the pain."

Like any extreme physical exertion, "You just push through it," Clayton said. "I shut my mind off."

Worse than the burger were the fries, he said.

"They're just so dense," said Clayton. "You can feel them expanding in your stomach."

All told, the Rockstar Burger plus fries weighs in at about 5 pounds, 4,500 calories and nearly 600 percent of the recommend daily value of saturated fat.

So how'd that work as a base layer?

Tim Shepardson, co-owner of Rocks, estimates 200 people have attempted the burger challenge. Roughly 35 have succeeded, all men, though women have put up valiant efforts.

Shepardson himself is a three-time loser.

"Each time I do it, I get progressively worse," he said. "The first time I tried it, I felt terrible for two days. There was this angry blockage."

Another digestive consequence is often the opposite of blockage, he noted, and now we've officially wandered into TMI territory.

Inspiration for the Rockstar was born in part of many viewings of the Travel Channel's "Man V. Food." The burger also pays homage, Shepardson said, to a scene from the movie "The Great Outdoors," in which the late great John Candy takes on the "Old '96er," a 96-ounce steak. 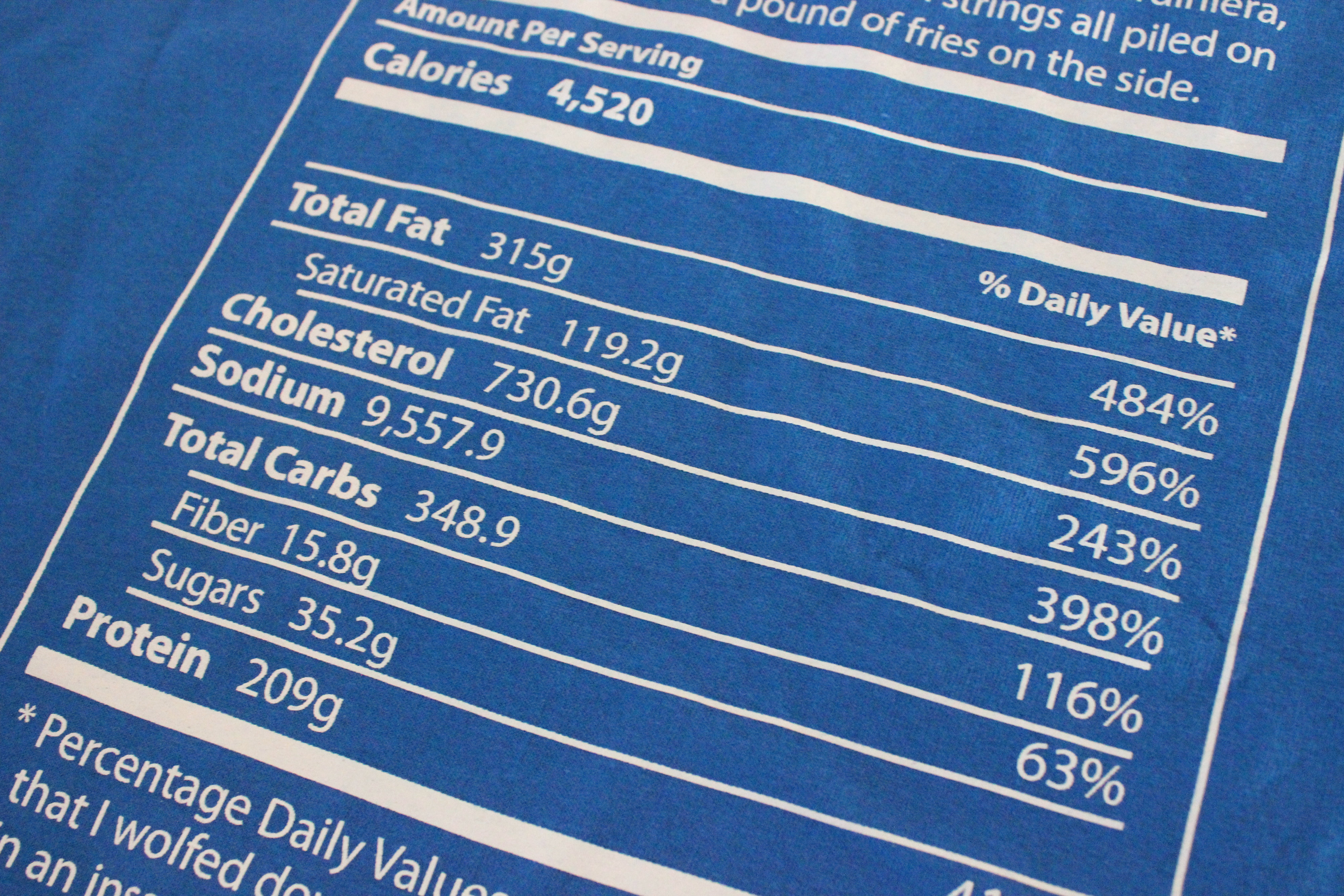 Initially, the Rocks team experimented with a hot wings challenge but abandoned the concept when they couldn't strike the perfect balance between what Shephardson called "super painful, but edible."

The obvious answer was staring them in the face in the form of the restaurant's signature Rocks burger, the most popular item on Rocks' menu.

The Rockstar is literally four signature burgers stacked on top of each other. The resulting tower of patties is impossible to bite into without disassembling first, "unless you unhinge your jaw," said Shephardson.

Clayton isn't sure he'd ever want to face off against the Rockstar again but asked whether it was worth losing a night of his life, he didn't hestiate to answer, "Oh yeah."

"It was painful," he said, "but I also felt like I accomplished something."

A video posted by Patty Wetli (@pwetli) on