Chicago Blizzard Etiquette: What Not To Do When Snow Covers The City

Twitter Facebook Email More
When digging out your car, put the snow on the parkway (pictured), not on your neighbor's car.
View Full Caption
Getty Images/Scott Olson

CHICAGO — The guy in front of you on Lake Shore Drive with 19.3 inches of snow on his roof — just waiting to fly into your windshield.

The lady who fills the just-plowed street with the snow from around her car.

The business owner who hasn't shoveled. Ever.

Don't be these people. We're all suffering through this. Play by the blizzard rules and have some snow manners.

What is your blizzard etiquette pet peeve? Let us know on Facebook, Twitter or in the comments, and we'll add it to our roundup. #SnowManners

1. Are You Gonna Blow My Way? If you have a snowblower, your neighbors probably love you for helping them clear their sidewalks or driveways — or not. Be careful where you blow that snow: Avoid pointing the snow toward a neighbor's house or the street, which is snowy enough already. Aim for the parkway, and try to keep an eye out for people walking by. 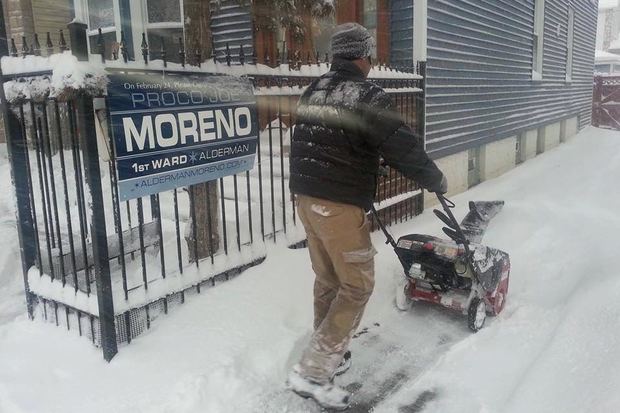 2. Be Reasonable About Dibs: To avoid being hunted down and murdered, we decided to not take a stand on dibs. But we will say that some people take it way too far. Weeks after snow is melted, some dibs remain. If the street has mostly been cleared, move your junk. Also, be a dear and help an elderly neighbor shovel her car out instead of being smug about digging out your own spot. You needed the exercise anyway.

3. Just Because You Can't See It While Driving Doesn't Mean It Doesn't Exist: Ugh. Brushing off your car takes FOREVS and it's SO COLD. Wah wah. That doesn't mean you can leave a snow hat on the roof of your ride. When people don't brush the snow off the top of their car (especially vans), it trails off while you're driving, which blocks somebody else's view and can cause an accident. Brush it off — and NOT into the street! 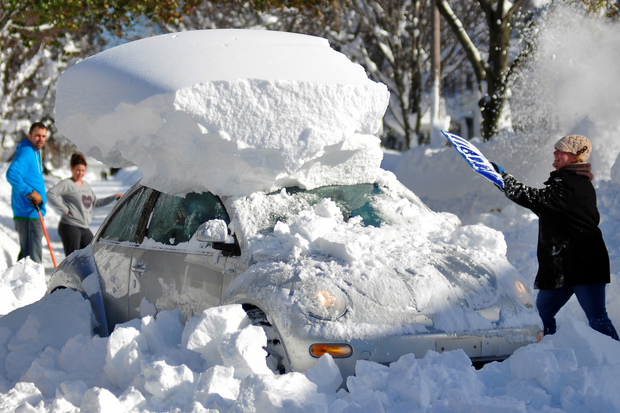 4. Your Audible Annoyance Won't Speed Up the CTA. Don't be that public transit whiner. Yes, the bus/train is running late for all of us. No, your constant watch-checking and dramatic sighs aren't going to make it come any faster. 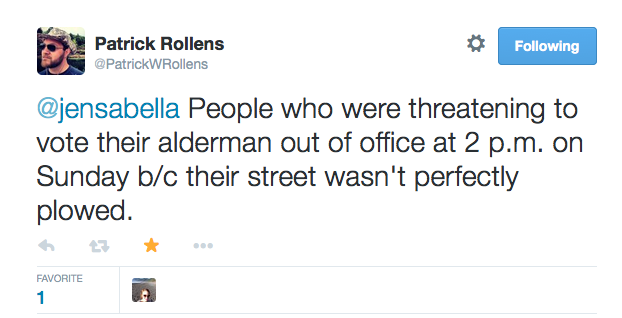 5. Don't Shovel Onto Someone Else's Car or an Already Cleared Sidewalk: Duh and also why would you do that? 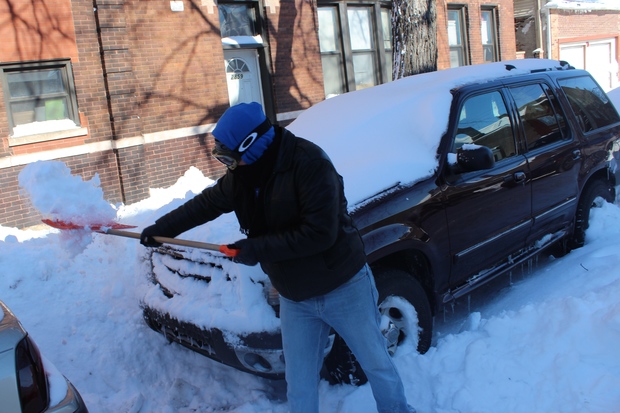 6. When Navigating a Snow-Covered Street, Take Turns: Many two-way side streets can only fit one car due to piled-up snow. That means taking turns and getting out of the way when someone is driving toward you. See someone in front of you pulled over to let another car pass? Do them the same courtesy. It's like stop signs, people. Don't be a jerk.

PHOTOS: Hey New York, This is What A Real Blizzard Looks Like

7. Guess What? Snow Does Not Magically Dissolve Your Dog's Poop: Walking your dog when it's freezing is terrible. You know what's worse? Watching your kid play in the snow and then realize they're covered in dog poop. Just because you can kick some white stuff over it doesn's mean it isn't there. If you can't pick up after your dog, get a cat. And clean the litter box, OK?

8. Shovel Your Sidewalk: Contrary to what some folks on social media think, shoveling your sidewalk is not the city's responsibility. Yes, they need to clear the sidewalks on properties they own, but if you own a house, it's on you. If you're a renter, it's on your landlord or building manager. Not only is it rude not to shovel, but it can also lead to a ticket from the city. Either way, if you are able to help some folks on your street out, you should. That good karma goes a long way. 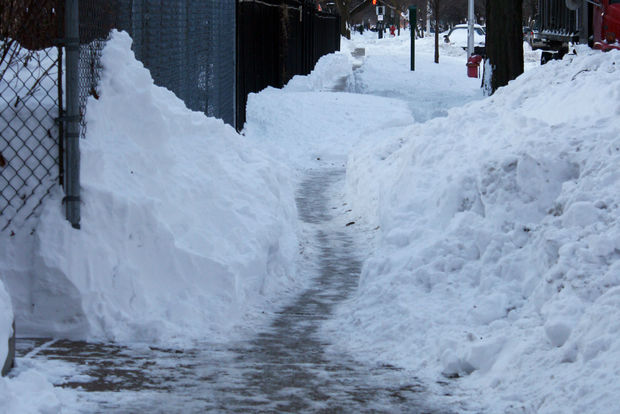 9. How To Do The Unshoveled Path Dance: You're walking on a particularly unshoveled stretch of sidewalk down a narrow path that was created by foot traffic. Someone is walking toward you. What do you do? Acknowledge that they exist and try to get out of the way to let them pass. Say thank you if someone lets you pass. Maybe even smile! These days are gray and cold and annoying for all of us. Be nice!

10. Don't Ignore the Heat Lamp: If you snag a spot under a heat lamp on a CTA platform, be sure to hit the button when the lights go out. As the person closest to the button, it's your responsibility. Been waiting awhile and see someone shivering nearby? Step into the cold and give someone else a turn. 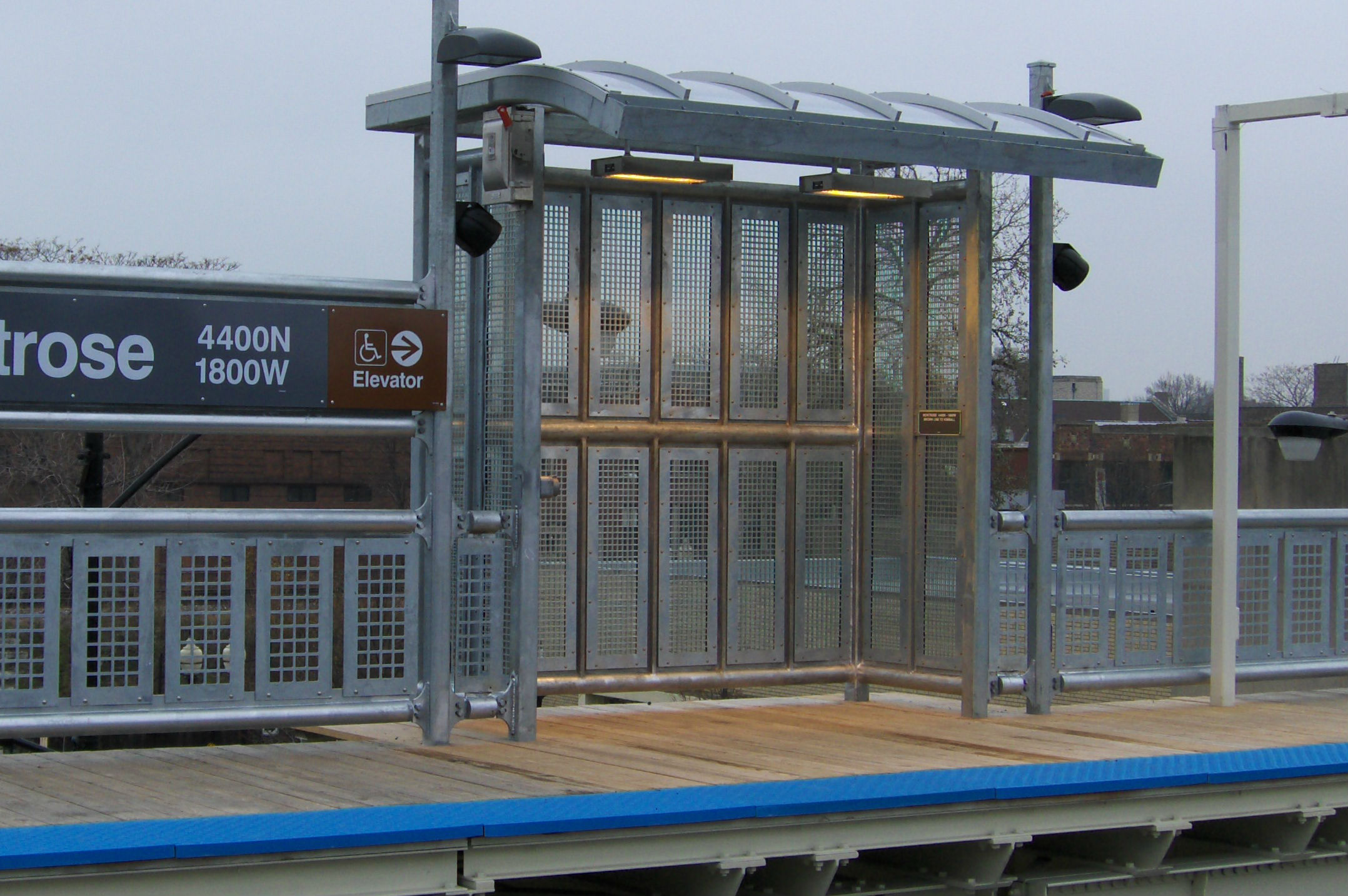 11. Developers, Keep Construction Sites Clear. We shouldn't need a hard hat to walk past a multimillion dollar construction project. Broken sidewalks, slippery sheet metal and other obstacles buried under the snow can spell disaster for passersby and render whole blocks inaccessible to travelers with disabilities.

A photo posted by alisa (@alyinwicker) on