Chopping Block Cooking School to Get a Major Makeover

RIVER NORTH — The lights are out and the ovens off at the Chopping Block in the Merchandise Mart, but only temporarily.

The cooking school closed on Jan. 2 and will reopen on Monday with a new facade, the first phase in a two-year revamp that, when complete, will coincide with its 20th anniversary.

Appliances are being replaced in all three teaching kitchens and the kitchen that visitors can peer into from the escalator near the Kinzie Street entrance is getting a full facelift, to be completed Jan. 31.

Janet Fuller says Chopping Block's success may be due to a resurgence in culinary interest:

Other changes coming over time include the addition of what owner Shelley Young called "more experiential" areas in the store — a spot where you might be able test out knives, for example, and a bar at the base of stairs leading to the kitchens that will serve wine and, eventually, cocktails to customers.

Young also is changing up the school's retail offerings, "especially our cookware," to better reflect the Chopping Block's goal of getting people to cook.

She said an ongoing discussion among her and her staff has to do with why, for example, they sell "a pretty tea towel or a linen napkin or a beautiful serving platter. ... We kept struggling with what does this have to do with our mission," she said.

"We've always had a very edited product mix, but I see us editing it even more. It's the things you really have to have," Young said.

She plans to bring fresh foods into the retail shop, and said a private-label line is in the works that will include packaged foods and an actual chopping block.

"We're developing a custom chopping block work station," she said. "Down the road, I would love to do things like design cabinetry. I do see a lot of issues with cabinetry and storage."

It's all part of what Young called a more "holistic" approach to culinary education that she said is missing in the industry, especially for the serious home cooks that the Chopping Block serves.

"What we're looking at is more of an alternative to professional training and traditional culinary school," she said. "I'm really passionate about developing a new form of education, which is what we've been working on. It is something that is going to be individualized, that is affordable, that is flexible and that addresses this deficit."

Young opened the Chopping Block in 1997 in a small cottage in Lincoln Park, and a second location in Lincoln Square in 2003. The Lincoln Park location moved to the Mart in 2005.

Some renovation to the Lincoln Square store will begin in the spring. The makeover also will include a new website, logo and branding. 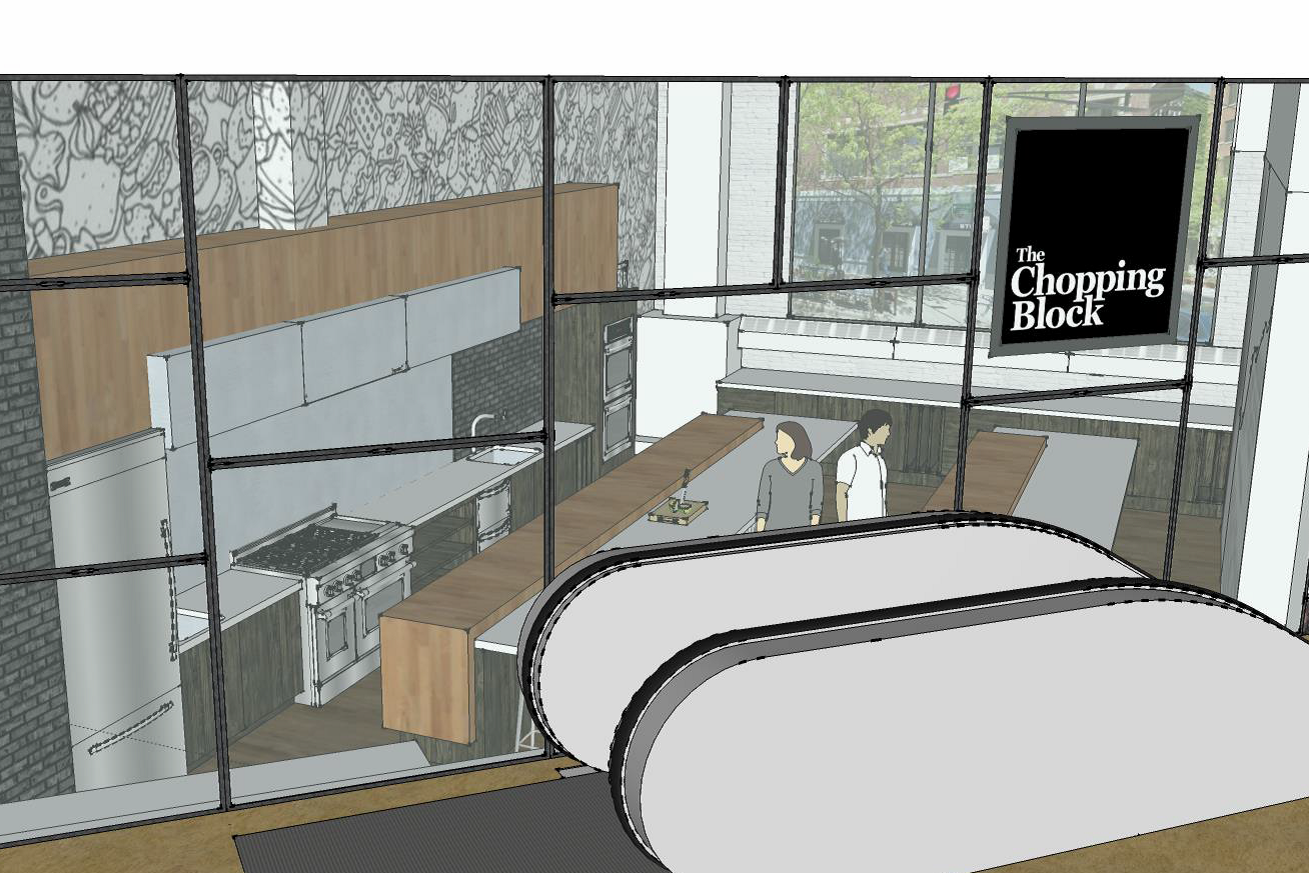