RIVER NORTH — Three Dots and a Dash has debuted new flavors for the fall.

New drinks at the River North tiki bar include "Idle Hands" ($14) with homemade banana rum, cane sugar and lime; the bar's first beer-based cocktail in "Strip and Go Naked" ($14) with passionfruit IPA, gin and tangerine and "Basic Batida" ($14) with pumpkin overproof rum, cachaç​a and other flavors.

Other wintry spices in the new drinks include allspice, cinnamon and clove.

Three Dots and a Dash has won acclaim from Food Network, Esquire and other outlets since opening in 2013 at 435 N. Clark St. 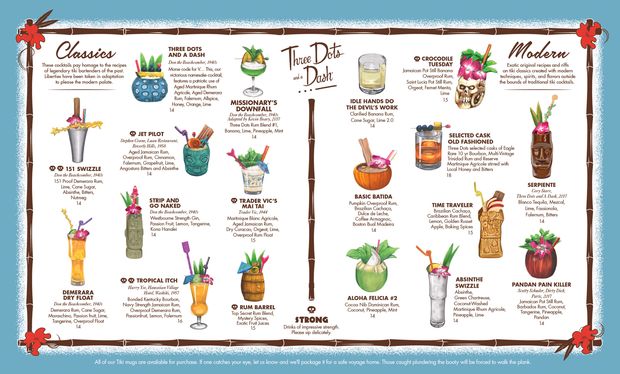 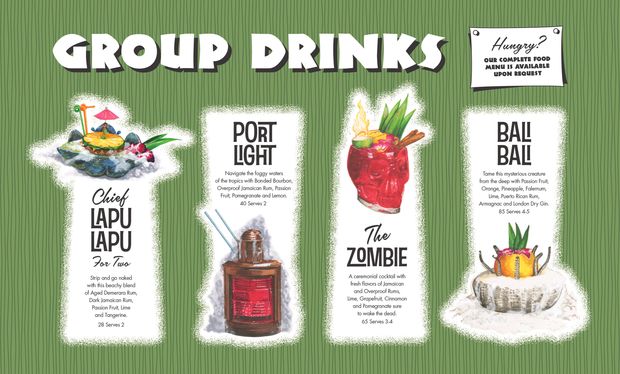