DOWNTOWN — Cyclists who commute Downtown got an unpleasant surprise on Thursday when they found a protected 2-way bike lane on Dearborn Street torn up for a resurfacing project.

Though torn up, the lane is rideable.

"It's too bad the city didn't give any advance notice or put up any re-route signs, given how vital a bike artery Dearborn is south of Kinzie," said Alex Hartzler, a cyclist.

Michael Claffey, a CDOT spokesman, said the resurfacing project started on Thursday and will impact 10 blocks of Dearborn Street between the Chicago River bridge and Chicago Avenue.

The project should be done by Thanksgiving, Claffey said.

Claffey said temporary lane markings will be placed on the milled/torn up pavement on Friday and will later be replaced with permanent lane markings.

"We ask everyone to bear with us. The end result will be a much smoother surface for all users of the roadway," Claffey said.

Daniel Morrow, a Wicker Park resident who commutes by bike to his job Downtown, said he is glad he has a hybrid bike with more rugged wheels because the torn up bike lane on Dearborn was very rough.

Not having a clearly marked bike lane with buffers has already caused verbal clashes between cyclists and drivers.

"One cyclist yelled at a taxi driver to get out of the bike lane, but there was no bike lane," Morrow said.

Hartzler said he witnessed several cars in what is normally a protected bike lane — causing a confusing and potentially dangerous situation.

"Here, you can see a taxi in the bicycle lane and a cyclist struggling to get around it," Hartlzer said, providing a photo from his Thursday night commute home. 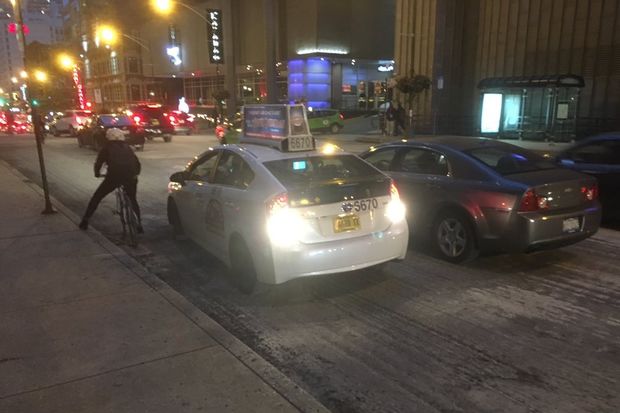 A taxi in the protected Dearborn bike lane, which has temporarily disappeared for a resurfacing project. [Photo by Alex Hartzler]

Morrow said that although Dearborn Street being torn up is inconvenient, it's not nearly as bad as when Kinzie Street was resurfaced and he had three flat tires in one summer of commuting.

The scope of the work will include ADA sidewalk improvements, curb and gutter removal and replacement, milling, paving, and lane striping.

On Friday, the bike lanes featured white striping, which made it much more clear that the lanes were there.

"They've striped it. It's a much better situation now," Hartzler said. 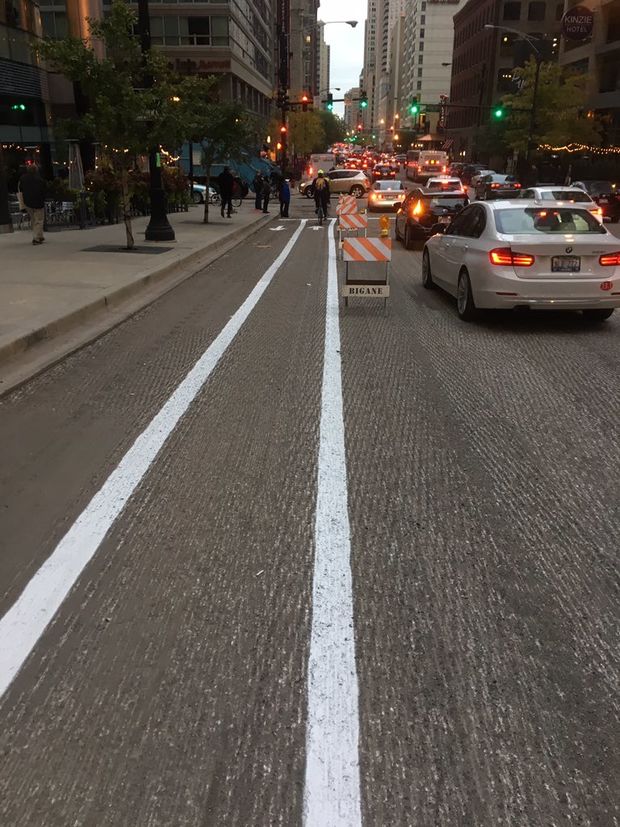 The white striping was added to the lanes on Friday. [Photo by Alex Hartzler] 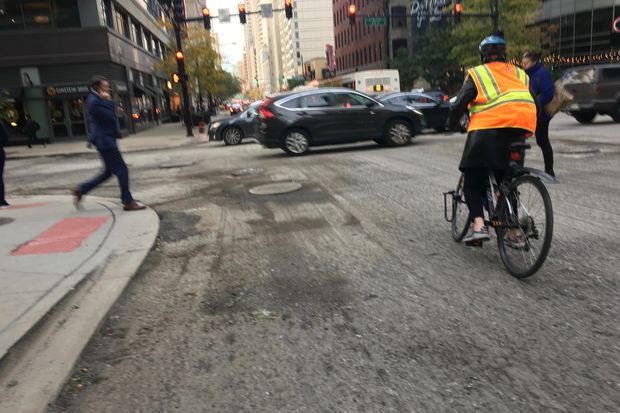 Torn up bike lane on Dearborn at Kinzie. [Photo by Daniel Morrow] 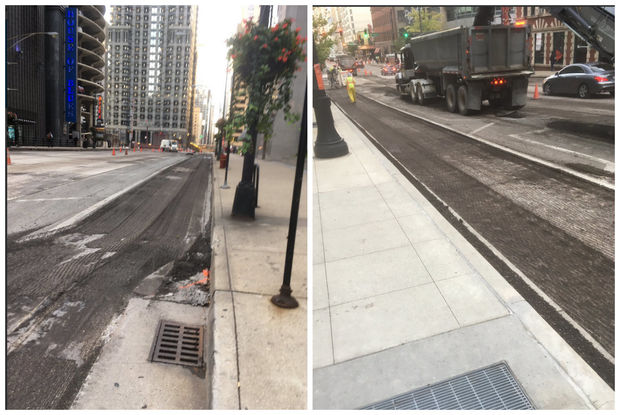 The Dearborn Bike Lane is getting a resurfacing. [Photo by Alex Hartzler]