Peek Inside Gibsons' New Riverfront Restaurant With A Rooftop Bar

DOWNTOWN — Here's a peek inside Gibsons' new restaurant on the Chicago River.

Set next to the new River Point tower, the four-level restaurant pairs Gibsons favorites with plenty of vino and stunning river views, including one from a rooftop bar with a retractable roof. 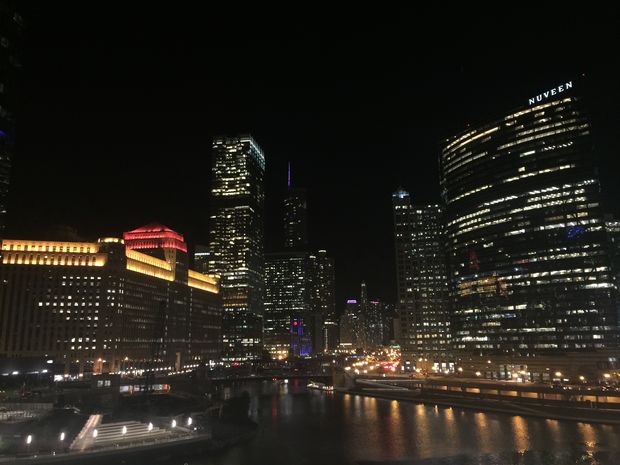 Gibsons Italia is the famed Chicago steakhouse's take on the Italian restaurant.

The restaurant's first-floor bar has its own menu including oysters ($4 each), Bigeye tuna steak ($17) and Prosciutto di San Daniele ($18).

Gibsons Italia includes a ground-floor bar, a second-floor dining room and the aforementioned rooftop, which will be exclusive to private events until it opens to the public in the spring.

Gibsons Restaurant Group runs its namesake steakhouse in the Gold Coast as well as the nearby Luxbar, Hugo's Frog Bar & Fish House and Quartino Ristorante. Gibsons' Rush Street steakhouse is consistently the top-grossing restaurant in the city, with more than $20 million in sales each year.

Here are more looks at Gibsons Italia's decor and menu before it debuts Monday: 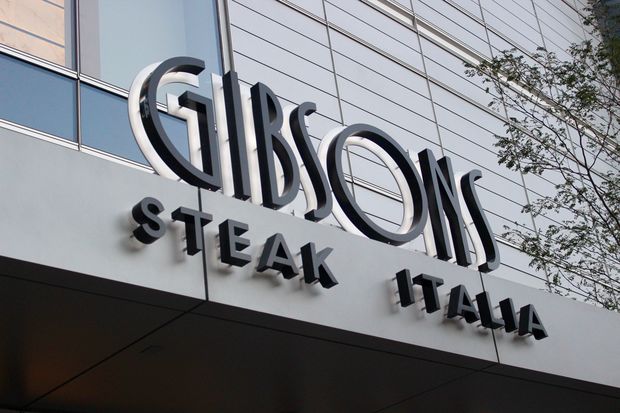 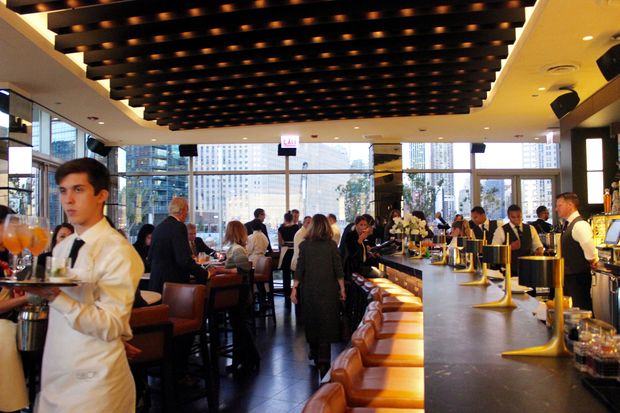 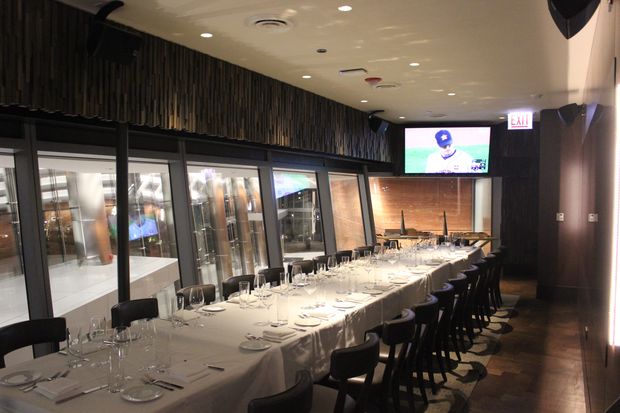 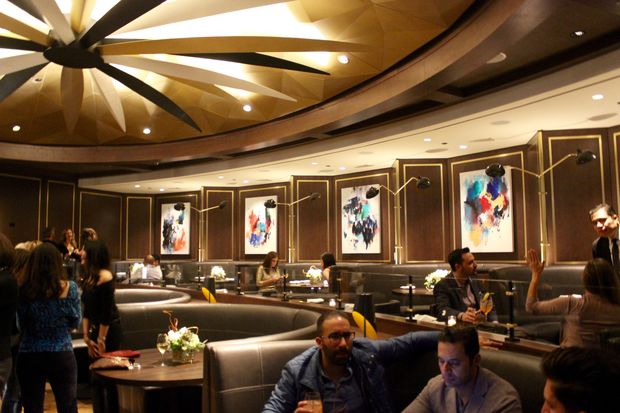 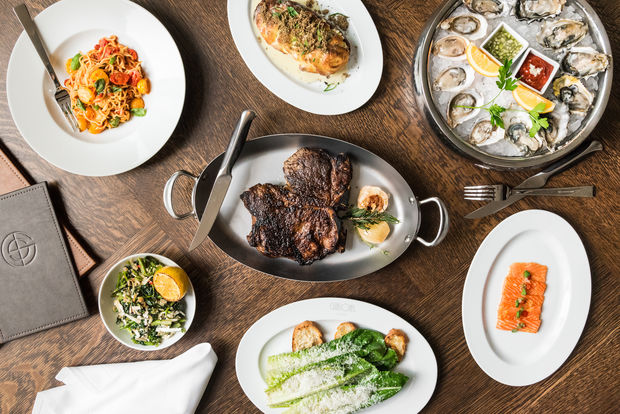 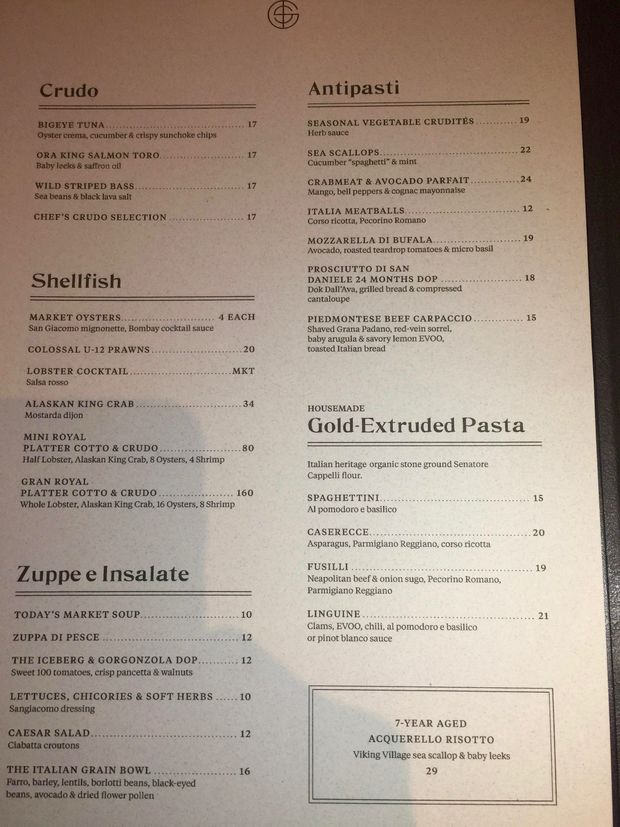 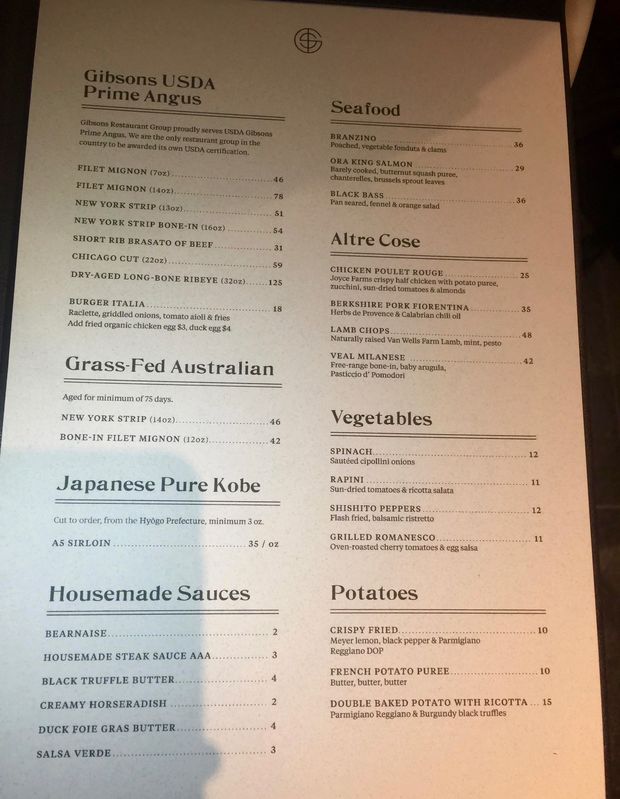 The first page of the dinner menu. 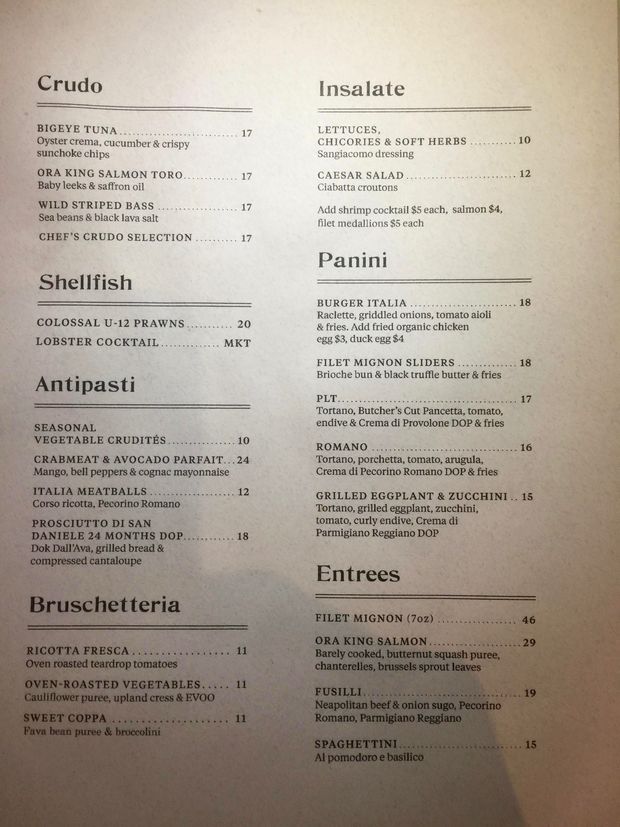