SOUTH LOOP — After nearly four decades, DePaul basketball is back in Chicago.

Chicagoans got their first look at the new home of the Blue Demons' men's and women's basketball teams when city officials cut the ribbon over the weekend on Wintrust Arena, 200 E. Cermak Road.

The new 10,300-seat arena was a welcome sight to DePaul diehards who haven't seen the Blue Demons play in the city since the onetime powerhouse packed up 37 years ago for Rosemont. The Chicago Sky WNBA team will also play its home games at the new arena.

"There are a lot of reasons why coming here Downtown, to the South Loop, means so much to so many," DePaul men's coach Dave Leitao said. "My job is to bring successful basketball back to Chicago and put it in its rightful place."

The arena is "tangible, we're not talking about it anymore," he added.

Saturday's ribbon-cutting also culminated years of planning by city officials who view the new arena as an anchor of a burgeoning entertainment district they envision for the neighborhood surrounding McCormick Place.

The $193 million arena was controversial ever since it was announced in 2013, about a week before Mayor Rahm Emanuel moved to close 49 Chicago public schools. The arena was developed by the Metropolitan Pier and Exposition Authority and DePaul, the latter contributing $82.5 million toward the project.

"It's not very often we have a building of this complexity and size delivered on time and under budget," Lori Healey, CEO of the agency colloquially known as McPier, said Saturday. "We know you’ll agree with us, it’s all worth it in the end."

An Oct. 27 concert by Bob Dylan and Mavis Staples is the arena's first big ticketed event. The DePaul men's basketball team will debut at home Nov. 11 against Notre Dame, while the women's team will play its first home game Dec. 8 against perennial national championship contender Connecticut.

A silhouette of the Chicago skyline will grace DePaul's court. There are three levels of seats in addition to luxury suites and a "Demon Deck" for students.

Prices weren't available Saturday, but concessions will include MillerCoors beers and typical stadium fare such as hot dogs, pizza, nachos and barbecue sandwiches.

The new arena is "a great start" for DePaul's basketball resurgence to alumnus Jesse Gimenez.

Gimenez, who got his last degree from DePaul in 2005, dropped his season tickets as the program fell from grace. Now he has three courtside seats for DePaul's inaugural season at the Wintrust Arena.

He would have preferred DePaul's new arena be built closer to the university's Lincoln Park campus, but said otherwise the new facility is "perfect."

"Rosemont just wasn't in the city," he said. "Now it's just the recruiting." 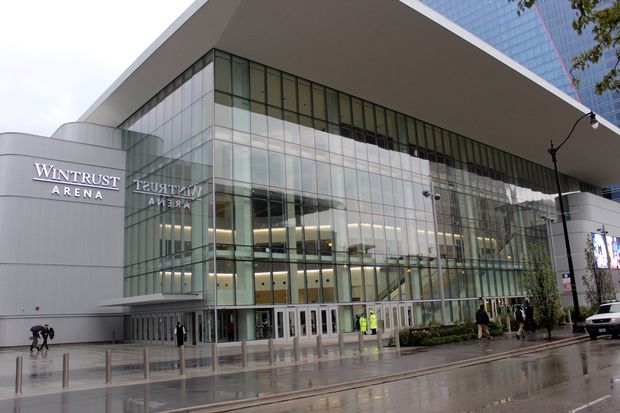 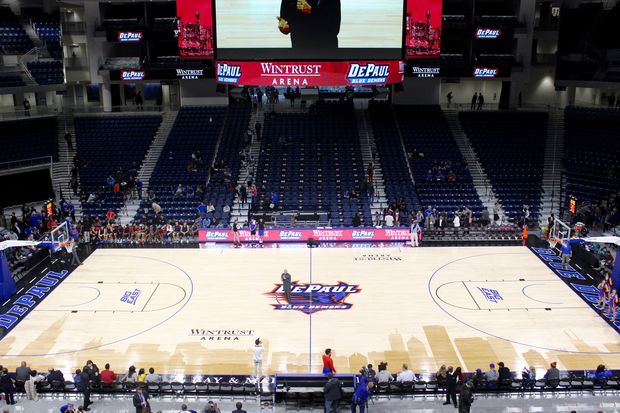 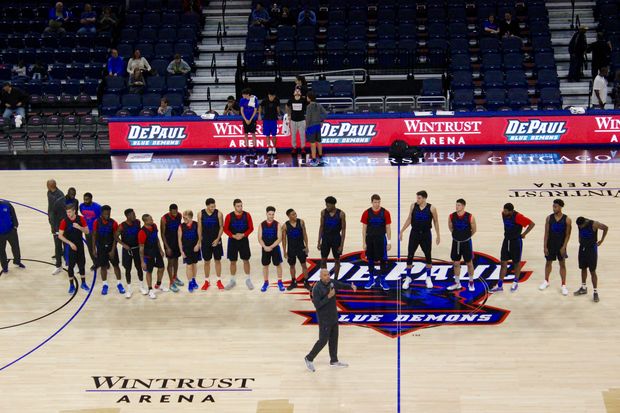 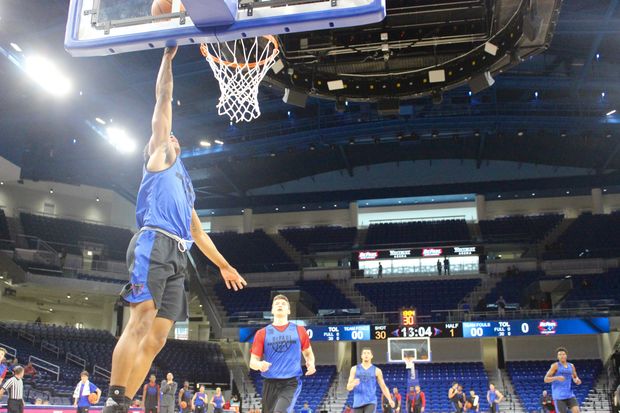 DePaul Should Give Arena Naming Rights Money to CPS: Petition