RIVER NORTH — A developer wants to replace Holy Name Cathedral's parking lot with a pair of new towers, including one that really stretches toward the heavens.

The proposed project is called One Chicago Square, the office of Ald. Brian Hopkins (2nd) said. 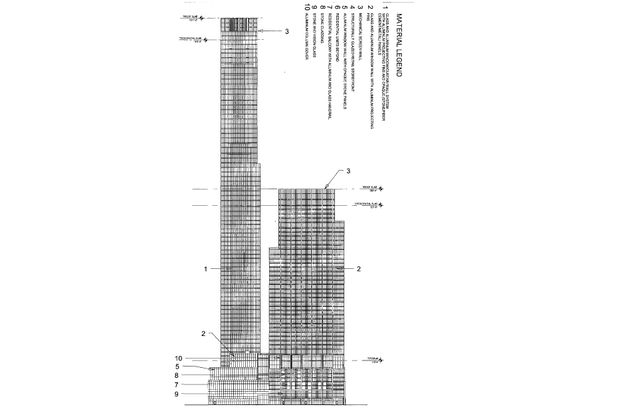 At 1,011 feet, the taller of the two proposed towers would be nearly as tall as the 1,127-foot John Hancock Center.

High-rise construction is nothing new for JDL Development, which replaced the former Ed Debevic's diner with an apartment tower and is building an ultra-luxurious 37-story condominium tower next to the Waldorf Astoria in the Gold Coast.

Letchinger told Crain's the project also would include restaurants and an upscale gym comparable to the East Bank Club. The residential units would be mostly apartments, including 75 condos, according to the report. 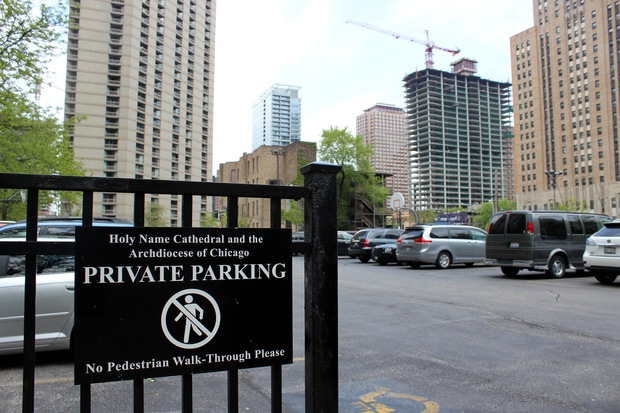 The developer would satisfy his affordable housing requirements with the city by building 91 such units at a different site that's yet to be determined.

The Archdiocese of Chicago reportedly sold Cathedral's parking lot for more than $110 million earlier this year amid slipping attendance and churches falling into disrepair across the Chicago area. An archdiocese spokeswoman told DNAinfo last year that proceeds from the sale would go toward "debt repayments" and the archdiocese's other cash needs.

Though it's long been viewed as a prime development site, the parking lot also has a sordid past as the place where mobster florist Dean "Dion" O'Banion was shot dead in 1924 for double-crossing onetime Chicago Outfit boss Johnny Torrio and his emerging protege, Al Capone.

Letchinger did not immediately return a message seeking comment.