CHICAGO — Stephen Paddock, the Las Vegas shooter, could've targeted a large swath of Lollapalooza had he checked in at a Michigan Avenue hotel this year during the music festival.

Earlier Thursday, a source confirmed to DNAinfo that Paddock, the man behind the mass shooting that left more than 50 people dead and 500 wounded in Las Vegas, booked hotel rooms at the Blackstone Hotel at 636 S. Michigan Avenue during Lollapalooza, where crowds exceed 100,000 people each day.

He never checked in.

The distance from Stephen Paddock's window at the Mandalay Bay hotel was about 400 yards from the stage of the Route 91 Festival.

At least one of Paddock's weapons has been described as an “AR-15” type gun, which can fire up to 400, 600 and 900 yards. Had Paddock stayed at the Blackstone, he'd be able to reach three of four Lollapalooza stages with such a weapon, as well as the main entrance of the festival.

Here's a look at how that compares to the Lollapalooza festival grounds, which took over 319-acre Grant Park from Aug. 2-5. 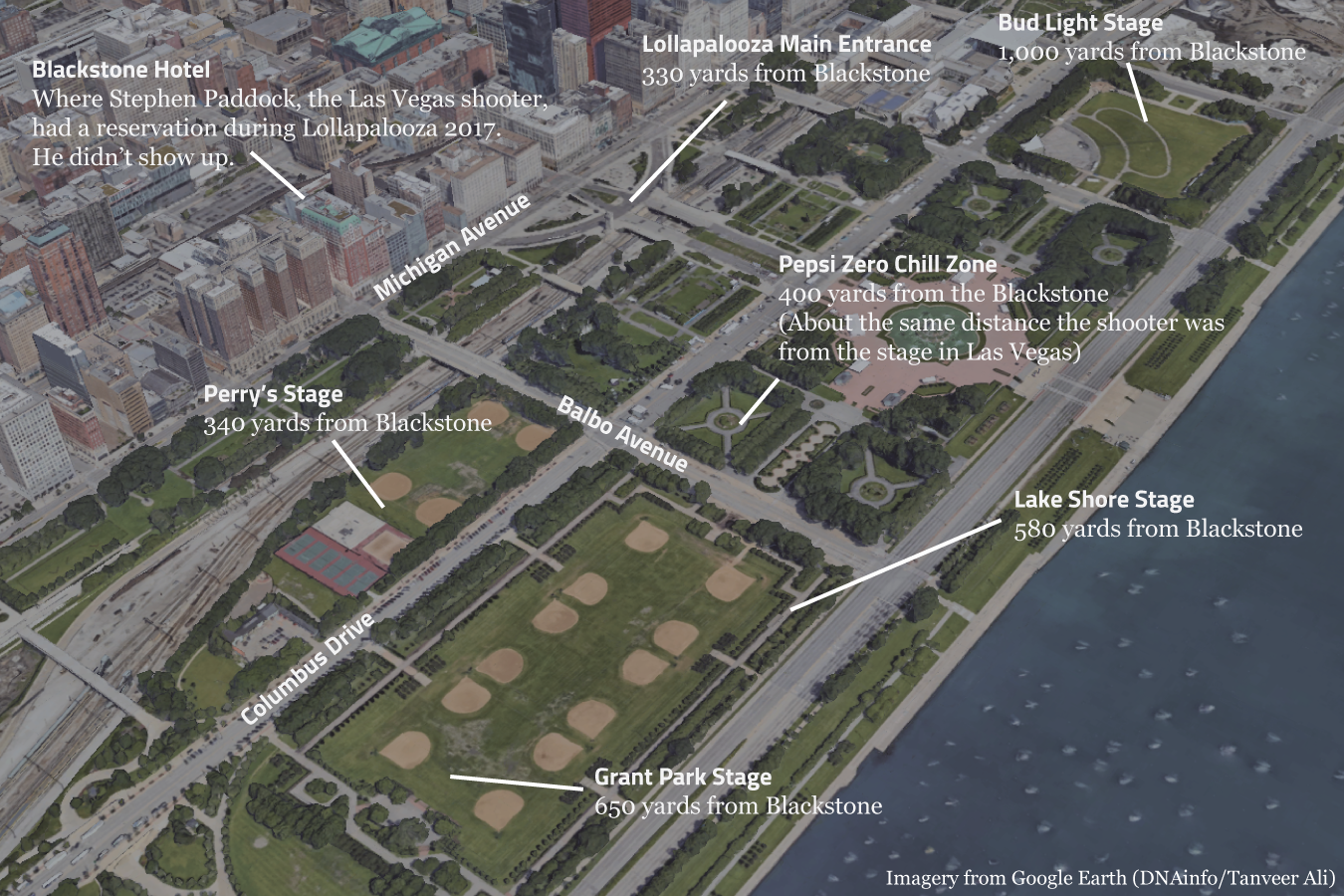