The Post Office - Awakening from Core Twelve on Vimeo.

DOWNTOWN — Whether Amazon comes or not, the redeveloped Old Main Post Office will deliver a big boost to the city's economy, Mayor Rahm Emanuel said Wednesday.

The sneak peek followed about a year of work and removal of 23 million pounds of debris that accumulated during the nearly two decades the 2.8-million-square-foot office building sat fallow. Officials hope tenants will start moving into the restored post office at 433 W. Van Buren St. by early 2019.

"This is a moment for all of Chicago to appreciate," Brian Whiting of Telos Group, which is handling leasing for the redevelopment, said Wednesday. "After two decades the post office returns."

New York-based 601W Cos. bought the massive building last year with plans to redevelop it into new office space plus a public riverwalk and a three-acre rooftop park with outdoor cafes, a "running trail," tennis and basketball courts.

The post office has been vacant since 1995 and had been controlled by a venture of late British developer Bill Davies from 2009 until last year. None of Davies' ideas for the property took off, and 601W bought the building after Emanuel threatened to seize the post office through eminent domain.

The developer has big plans for the post office, which, once reopened, will include a massive 40,000-square-foot food hall boasting stands from 20 restaurants.

Emanuel said the old post office is one of many long-vacant city sites — including the former Finkl Steel plant in Lincoln Park — now being redeveloped under his watch. A mayoral spokesman wouldn't elaborate on how city officials will pitch potential headquarters sites to Amazon, but Wednesday marked the deadline for developers to submit their offers.

With a plethora of esteemed universities, the best-connected airport in the United States and repeated top standing for corporate relocations, Chicago is a good option for Amazon's second headquarters, Emanuel said.

"Companies aren't coming to Chicago because of my winning personality," he said. 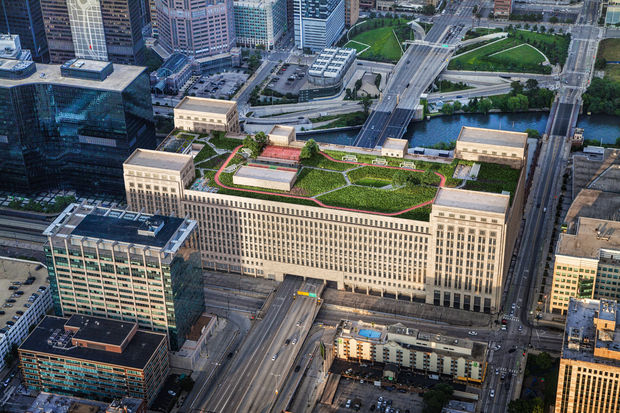 A rendering of the post office's new rooftop park. [All renderings by 601W Cos.; Gensler] 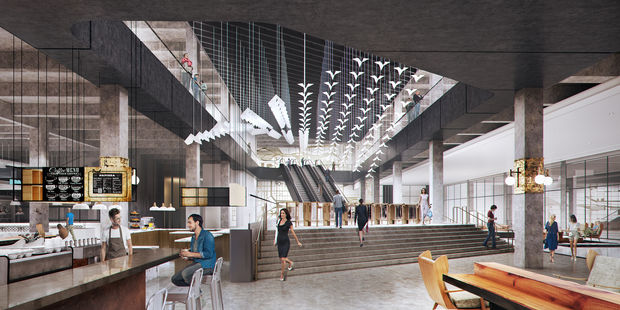 A rendering of the food hall off the lobby. 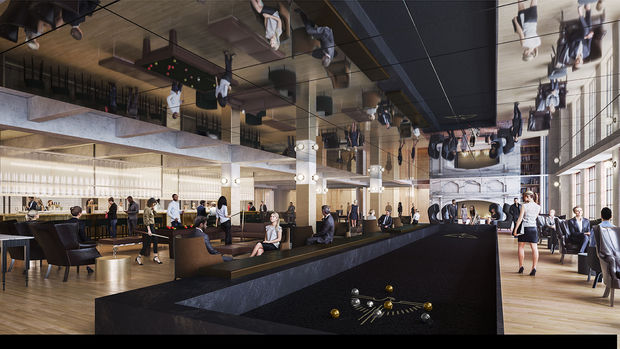 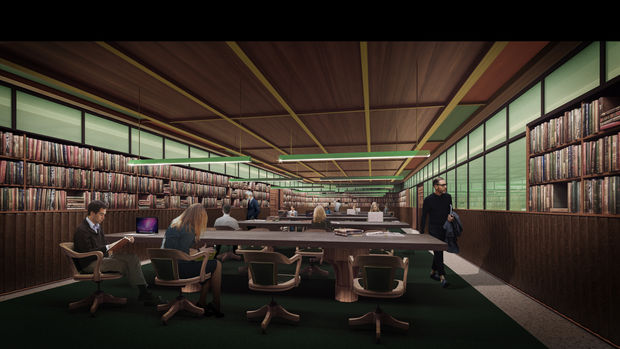