CHICAGO — Catholics headed to Mass will have to leave their guns at home, under a new policy that Cardinal Blase Cupich said will go into effect Sunday.

The ban include all firearms — including concealed weapons carried by those with a permit — from all property owned by the Archdiocese of Chicago, including churches and schools.

Cupich said the policy was intended to allow people to "gather, pray and worship in safety and peace."

"The intent of this policy is to balance the rights of all who approach Archdiocesan churches, schools or other facilities with the greatest possible protection for children, the elderly and otherwise vulnerable people of our society," Cupich wrote in an order sent to parishes.

Law enforcement officers are exempt from the policy, according to the order.

In addition, members of religious orders who live on church property will be allowed to own guns, but they must be stored unloaded in a locked container, according to the order.

Churches will be required to post the Illinois State Police sign indicating that guns are not allowed on church property, according to the order. 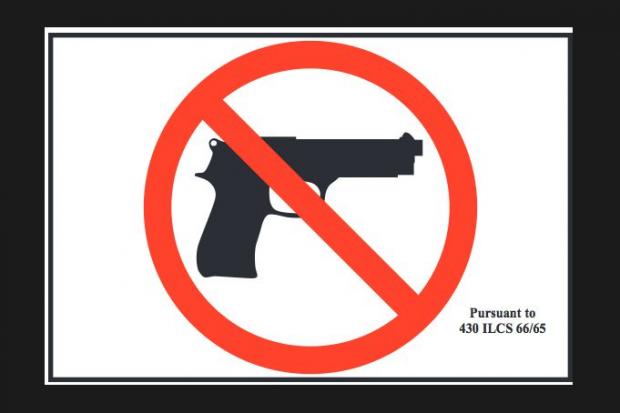 In April, Cupich vowed to tackle the issue of violence in Chicago by creating "a framework for peace building in our city.”

As part of that effort, the archdiocese created the Peace Venture Philanthropy Fund, which will invest in new anti-violence approaches and expand promising programs.

'I Share In Their Grief:' Pope Prays For Victims Of Chicago Violence