BEVERLY — If you compare the Rev. Dennis Langdon to a shepherd, he'd have flocks on two sides of a hill.

To the south, Langdon has been the pastor at Morgan Park United Methodist Church since July 2011. The congregation at 11030 S. Longwood Drive has a regular worship community of about 100 people.

To the north, Langdon was named pastor July 1 of Trinity United Methodist Church at 9848 S. Winchester Ave. in Beverly. It's congregation is a bit smaller than the one that gathers just two miles away.

"Each church gets its fair share of me," Langdon said Thursday. 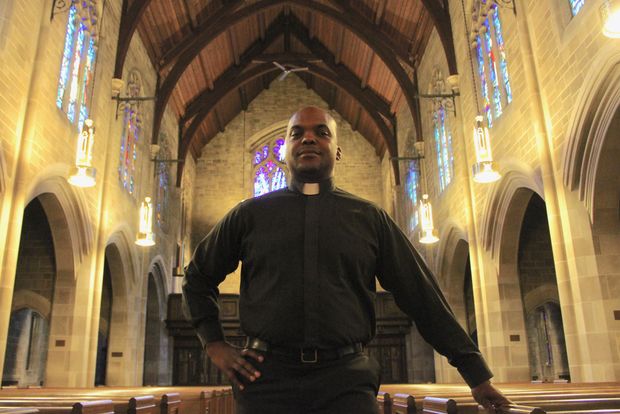 The Gothic sanctuary at Trinity United Methodist Church stands as a testament to Protestant past of the Beverly area, according to the Rev. Dennis Langdon. He was named pastor of the sprawling church July 1. [DNAinfo/Howard A. Ludwig]

Both churches have sprawling buildings. In Morgan Park, the 130-year-old church and related facilities include a gym, auditorium, classrooms and more. The building stretches the full length of the block and includes some 62,000 square feet of space.

Meanwhile, Trinity's impressive Gothic sanctuary and related facilities total roughly 27,500 square feet. It also has a gym, auditorium, kitchen, an enclosed courtyard and classrooms. The congregation was formed in 1858. It moved and has been rebuilt eight times before settling into its present spot.

Langdon, a Morgan Park resident, said both buildings stand as a marker to the area's Protestant past and were built to accommodate church populations that were more than ten times their present size.

"The thing to note is when these two churches grew up, they were both packed to the gills," Langdon said. "They were built to size 100 years ago."

Beverly and the area surrounding Langdon's Morgan Park church have since become synonymous with Irish Catholics. And much of the space once filled by Langdon's congregation is either available or being shared with others in the community.

For example, the Maple/Morgan Park Community Food Pantry operates out of the church building on Longwood Drive. Other groups use the gyms to play basketball in both Morgan Park and Beverly, Langdon said. 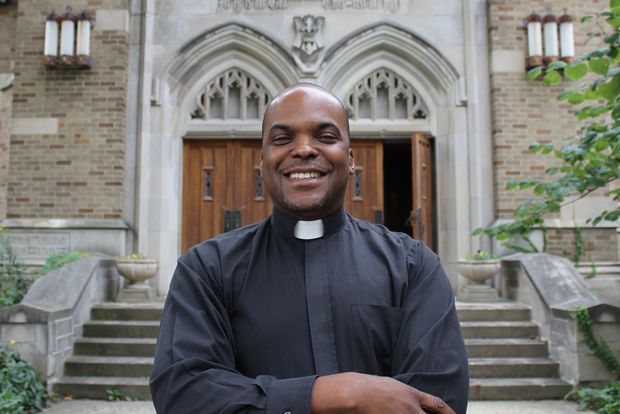 Still, he said both congregations are dwarfed by their current churches. There's no plan for a merger, as attendees at both places have their own unique styles of worship. But the Langdon said changes to the facilities will likely be needed at some point.

What those changes will look like and the timeline is anybody's guess. And Langdon said he's just beginning to earn the trust of his new congregation at Trinity. He continues to work with those in Morgan Park.

Since taking over both pulpits, Langdon has slightly altered church services to serve the two communities. In Beverly, the doors of the sanctuary open at 9:30 a.m. on Sundays, and services begin at 11 a.m. in Morgan Park.

"It is a bit more work than I anticipated," said Langdon, who was raised Catholic on the Southeast Side. He and his wife, Trinida. have been married for 28 years have three children — Grayson, Kyla and Naida.

Langdon said all churches go through ups and downs. Indeed, the Archdiocese of Chicago has also recently begun talk of sharing priests among parishes and partnering whenever possible to save time, effort and money.

As for Langdon, he's presently focused his congregation in Beverly.

"The biggest challenge I see is actually a Trinity challenge, which is helping the church to vision where we go from here," he said.