From 9 a.m.-3 p.m., residents will be selling clothes, toys and other household items from 10-foot-by-10-foot booths all over the park, organizers said.

Some 33 volunteers had signed up to take part in the yard sale by Thursday evening, according to council president Bea Nowak Meyering. With 50 total spaces available, neighbors have until noon on Friday to sign up to participate on the council's website.

Less than two years after its formation, the advisory council has focused on beautifying the park and drawing more neighbors to spend time there through periodic events, Meyering said.

"We've got baseball and basketball programs, but we wanted to put something together for everyone ... who doesn't have kids under 14," Meyering said. "We're just trying to generate enthusiasm about Dunham Park, and to help people visualize some of the things that an advisory council can do."

The council on Saturday will also raffle off a brand new street bicycle donated by Ald. Nicholas Sposato (38th), along with four general admission passes to the Brookfield Zoo.T

he Dunham Park Advisory Council holds its next meeting at 7 p.m. on Wednesday. 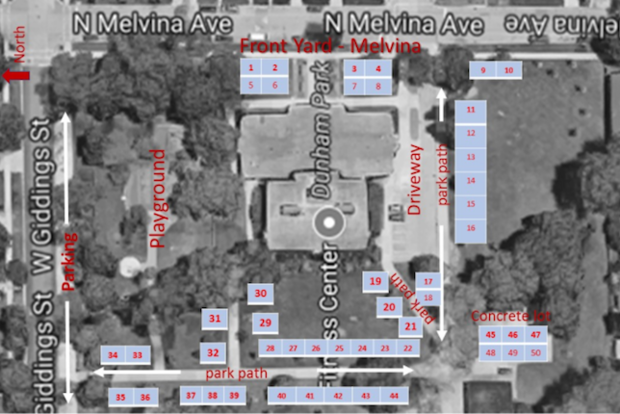