Twitter Facebook Email More
Brent Turpin, a Kershaw Elementary teacher has been charged with dealing ammunition and gun accessories — and is accused of trying to buy handguns for a felon who was secretly working for the feds, federal authorities announced Wednesday.
View Full Caption
Twitter

CHICAGO — A Chicago Public Schools teacher has been charged with dealing ammunition and gun accessories — and is accused of trying to buy handguns for a felon who was secretly working for the feds, authorities announced Wednesday.

Turpin, who is paid $78,000, has worked at CPS schools since 2008. In 2010, he became a special education teacher at Kershaw Elementary School at 6450 S. Lowe Ave. in the violence-plagued Englewood neighborhood.

In his Twitter bio, he describes himself as: "Teacher, IB, PYP, MYP, Special Education, debate coach, son, brother, friend, all around decent guy!"

But the feds allege they put a sting on him after hearing he was selling guns to kids.

"As part of its investigation, the FBI has obtained information that Turpin is supplying firearms and ammunition to felons as well as to juveniles," according to the complaint.

CPS officials said he was suspended Wednesday after the district learned of the allegations.

"The vast majority of CPS employees embrace their unique opportunity to serve as positive role models for young people in our city, which makes these allegations so disturbing and out of the ordinary for our school district," district spokesman Michael Passman said in a statement. "The employee in question has been removed from his position while the investigation proceeds, and our staff is focused on supporting the school community during this difficult time."

"We're going to defend the charges and, in the end, hope innocence will prevail," he said.

According to a press release issued by the Justice Department, Turpin illegally supplied an extended handgun magazine, a laser sight and two boxes of ammunition to a convicted felon who was working with the FBI. 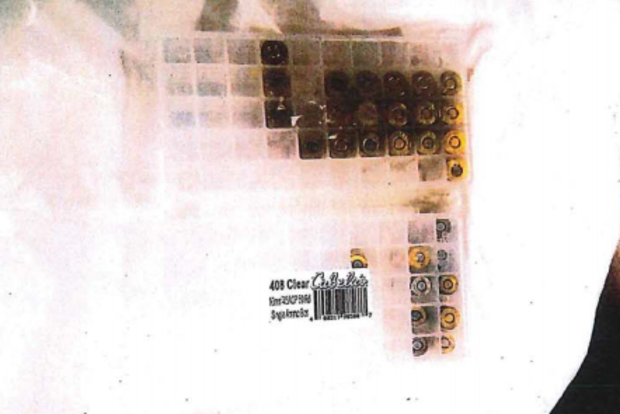 The complaint describes Turpin's alleged efforts to buy two guns at a gun show in Indiana earlier this summer, with Turpin telling the informant, "If they ask you if you're from Indiana, say yes."

"If they say where [are] you from, say like, say South Bend or something, or Indianapolis," Turpin said, according to the complaint.

Turpin did not end up buying a gun because he would not present his driver's license because he feared the weapon could be traced back to him, the complaint states. But earlier this month, he did provide the informant with an extended handgun magazine and a laser sight, the complaint charges.

Turpin is described as the guardian of an unidentified juvenile he "conspired with" in the effort to help the informant obtain weapons and ammo. The juvenile, calling from a juvenile detention facility, allegedly participated in a three-way phone call with Turpin and the informant.

If found guilty of conspiring to distribute firearms, Turpin faces a maximum sentence of five years in prison and, on the charge of distributing ammunition, 10 years in prison, according to the feds.

The informant received a reduced sentence on an unidentified conviction and $8,170.

The charges were announced by Joel R. Levin, acting United States attorney for the Northern District of Illinois; and Michael J. Anderson, special agent-in-charge of the Chicago Office of the FBI. The Chicago Police Department participated in the investigation.

The government is represented by Assistant U.S. Attorneys Ankur Srivastava and Albert Berry.

Julie Donelson, a parent at Kershaw and a member of its local school council, said the charges took her by surprise. She said Turpin has been at the school for several years.

"His interactions with the children are usually positive," Donelson said. "That's not in his character. I don't think that's something he would do."

A person answering the phone at Kershaw Elementary referred calls to CPS spokesmen.