SOUTH LOOP — Rerouted streets, one-way streets and new taxi stands could be coming along with DePaul basketball to the new Wintrust Arena this fall in the South Loop.

Though plans have not been finalized, city officials, including 3rd Ward Ald. Pat Dowell, hope any changes will be done by the time DePaul's men's basketball team debuts the arena Nov. 11 against Notre Dame.

The city's proposals include closing Calumet Avenue near Cermak and turning Cullerton and 21st streets to one-way streets. Parking meters on Indiana Avenue would remain. The full presentation is below: 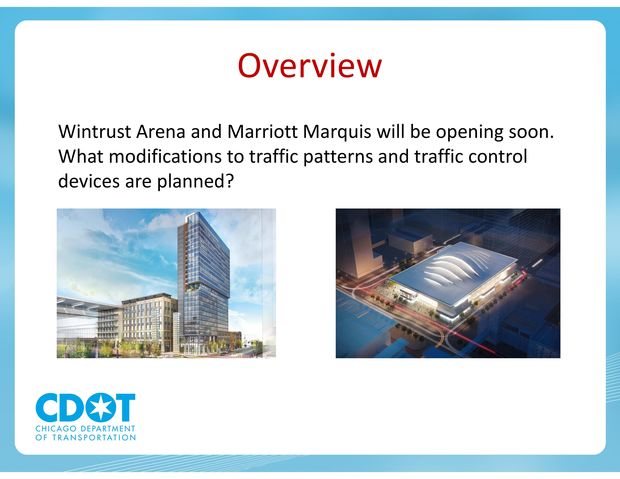 All slides courtesy of Chicago Department of Transportation 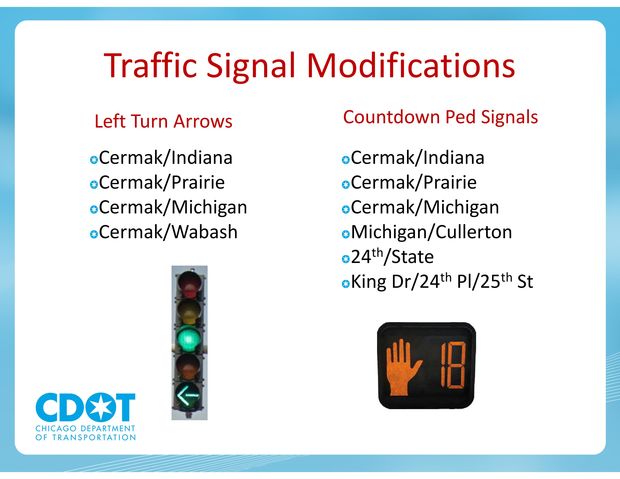 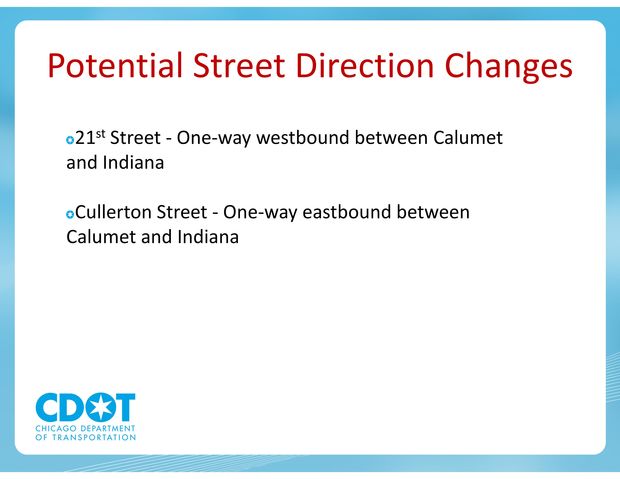 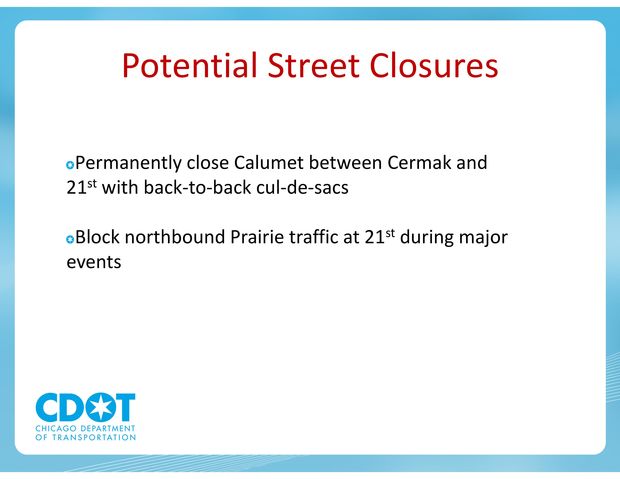 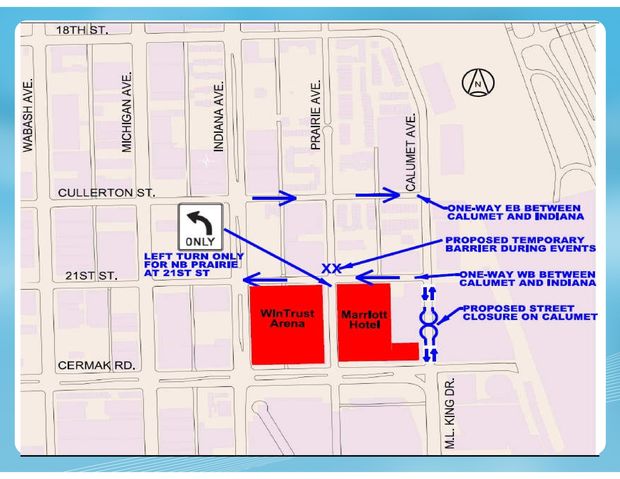 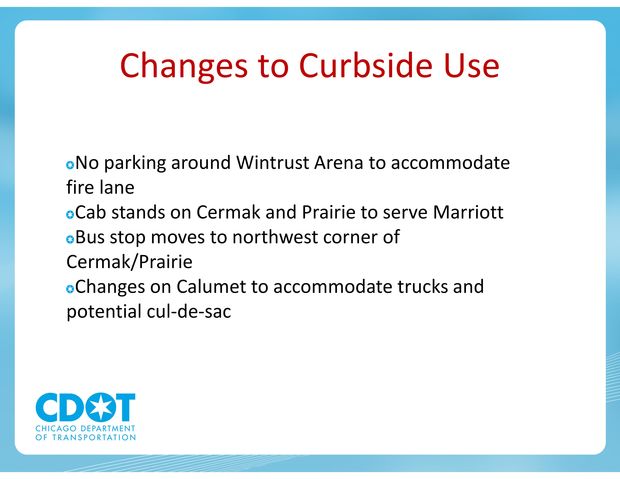 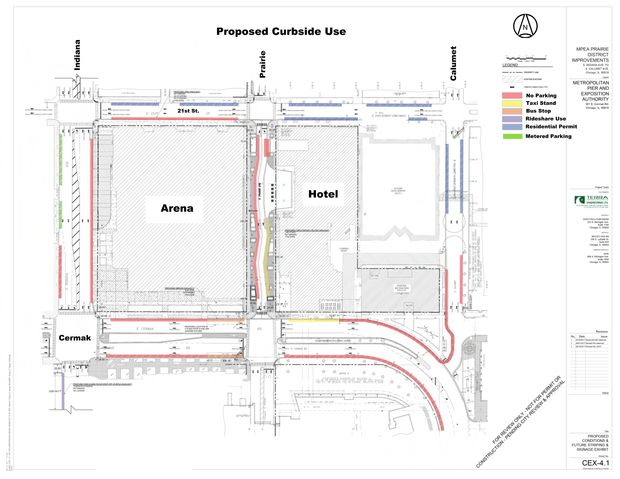