BEVERLY — Jim Bansley, 86, welcomed students back to school Tuesday morning at Christ the King in Beverly — on the same steps where he stood as a first-grader in 1937.

"It's been a great experience growing up in this parish," Bansley said as he addressed the new and returning students. "Remember, the greatest friend you have is the man on the cross."

Bansley was asked to speak before the first day of class at the Catholic school at 9240 S. Hoyne Ave. The parish is preparing to celebrate its 80th birthday next month, Principal Ann Marie Riordan said. 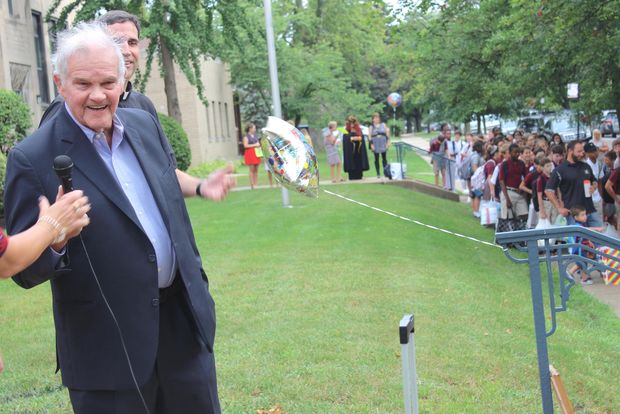 Jim Bansley, 86, began first grade in 1937 at Christ the King School in Beverly. He returned Tuesday to greet students for the first day of the school year. [DNAinfo/Howard A. Ludwig]

Bansley is one of five children in his family who attended Christ the King. He was raised two blocks from the school. He and 31 others were part of the first graduating class in 1946. Bansley has kept in touch with many of his classmates, though he said that fewer and fewer of them are around to share stories.

Bansley is the father of 12 children — all of whom attended his alma mater. He has 52 grandchildren and 24 great-grandchildren, a significant number of whom also graduated from Christ the King.

"Some of the nuns that taught me also taught my sons," said Bansley, who still lives in the parish. 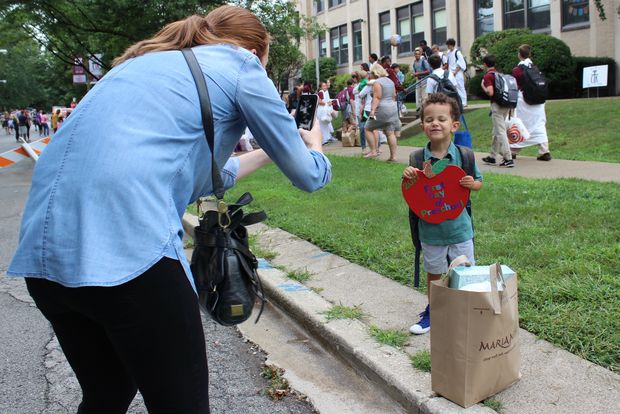 New and returning students at Christ the King in Beverly posed for pictures and greeted friends Tuesday. Many came carrying grocery bags filled with school supplies. [DNAinfo/Howard A. Ludwig]

In May, he was asked to speak at his granddaughter's graduation. It marked the first time that someone in Bansley's immediate family would not be enrolled at the school in 79 years. But the streak could start again as his great-granddaughter, Katie Bansley, will be old enough to attend the school next year.

Three years after Christ the King opened, the adjacent convent was built. The church building was added in 1954, said Riordan, who added that support for the school was used as a barometer for building the church. 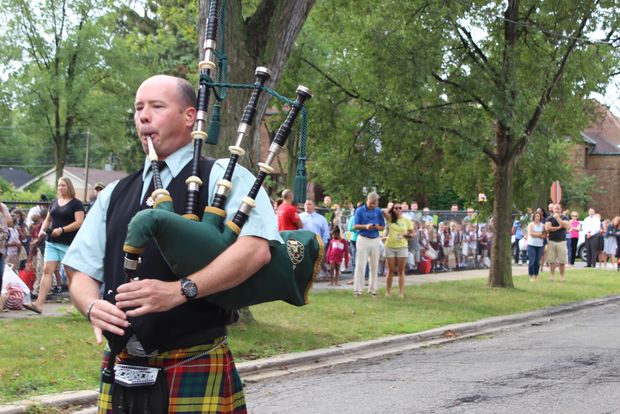 Sgt. Luke McKee of the Chicago Police Department plays bagpipes for students on the first day of school at Christ the King. McKee is a graduate of the school and his sons, Luke, Sean and Tim attend his alma mater. [DNAinfo/Howard A. Ludwig]

Sgt. Luke McKee of the Chicago Police Department also attended Christ the King. This is the fourth year in a row that he's led the students into the school playing bagpipes.

McKee is following in his father's footsteps. He also played the bagpipes at school functions, including on St. Patrick's Day. Now, McKee's sons — Luke, Sean and Tim — will have similar memories. 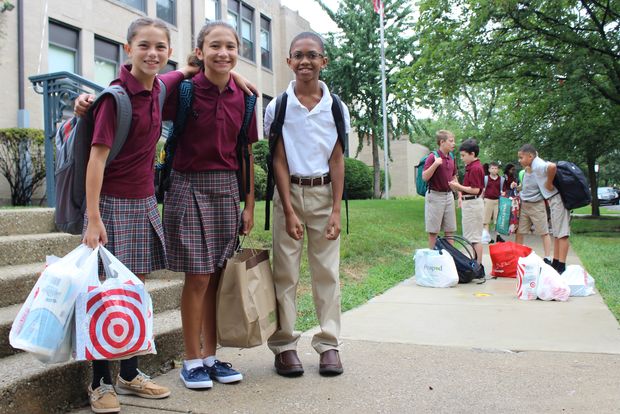 Students at Christ the King greet friends outside the Catholic school on the first day of class Tuesday. [DNAinfo/Howard A. Ludwig]