The branch will replace the existing office at 2766 W. 111th St. in Morgan Park. It is expected to open late next year, said John Gordon, director of sales for the 33,000-member credit union.

"Our membership has the greatest concentration in the Beverly-Mount Greenwood area," Gordon said Thursday. He added that the new branch will have additional parking as well as drive-up ATMs and teller windows.

Ald. Matt O'Shea (19th) announced the development in his quarterly newsletter. He said the 7,000-square-foot branch will have 48 parking spots.

The building on the property was recently sold by St. Xavier University. It will be demolished to make way for the new branch, said Gordon, who admitted that the 111th Street branch parking lot can be difficult to navigate.

"If you go there on a payday, it is nonstop," he said.

The credit union serves Chicago police officers of all ranks as well as their family members. Its membership also includes Police Department personnel and employees of the Office of Emergency Management and Communications.

Founded in 1938, the credit union has assets in excess of $380 million. It also operates branches on the Near West Side, Norwood Park and Clearing. 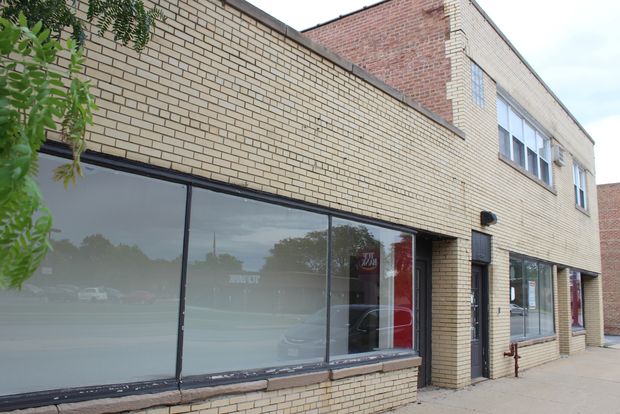 The Chicago Patrolmen’s Federal Credit Union will demolish this building at 10339 S. Pulaski Road to make way for a new branch. The credit union boasts some 33,000 members and assets in excess of $380 million. [DNAinfo/Howard A. Ludwig]