But the Morgan Park resident knows full well he won't be at the school at 10015 S. Leavitt St. at the end of the year. Gilligan began his stint as Sutherland's interim principal Monday.

The former Chicago Public Schools teacher, principal and administrator was asked to fill in after former Principal Eric Steinmiller abruptly resigned — effective July 26. The Local School Council is in the process of finding a permanent replacement.

"The only thing I am worried about is meeting the needs of the students and being ready for the first day," Gilligan said Tuesday.

Gilligan can only work for 100 days each year as an interim principal per CPS rules. He's done similar stints at Lane Tech, Clemente, North-Grand, Hubbard, Collins and elsewhere.

In fact, Gilligan has stepped in as interim principal for CPS every year since he retired in 2010. And he's not just been called upon when principals resign but also to fill in when principals get sick, accept a new job, are fired or even get picked for jury duty. 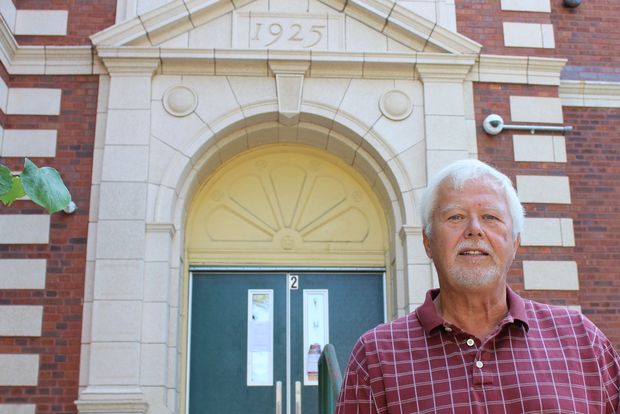 David Gilligan is the interim principal at Beverly's Sutherland Elementary School. He was asked to fill in after former Principal Eric Steinmiller abruptly resigned, effective July 26. [DNAinfo/Howard A. Ludwig]

Prior to retirement, he worked as assistant principal at Kennedy High School in Garfield Ridge, the principal at the Chicago High School for Agricultural Sciences in Mount Greenwood and as CPS' chief high school officer.

He was eager to take a role back within the schools upon retirement as his final years were spent working in the central office, and he missed walking the hallways and interacting with students, teachers and parents.

Gilligan also said the role of interim principal is somewhat liberating, as everyone knows he will only be there for a short time. Thus, he leans heavily on teachers in a school when making decisions.

"Teachers know more about this school than I do," he said. "Principals do matter, but teachers do the heavy lifting."

Gilligan said he has the full authority of a principal while serving in his interim role. But he's not a "silver bullet" meant to fix problems. Gilligan said he's willing to discuss decisions made by previous principals, but it's also up to the next principal to plot a new course.

"I am here to look forward, not back," he said.

Gilligan also said he is not a part of the principal selection process. And as for Sutherland, he believes a new principal will be chosen from CPS' pool of candidates relatively soon.