PRINTERS ROW — The latest mural in the South Loop is "Beacon," a 16-story piece with a knot that ties together themes of the city's diversity and post-Fire rebirth.

The 165-foot-tall mural at 30 E. Balbo Ave. is the work of Jeff Zimmermann, who's other big murals include works at Oak Street Beach and the 606.

Zimmermann, who lives in Humboldt Park, said he finished "Beacon" last week after about a month of work. The ground floors of the mural show jagged shards of color reminiscent of flames, while the big, multi-colored knot on its upper floors represents Chicago's diverse population. When bound together, the people are stronger, Zimmermann said.

"You bring them together with tension and force, they can work together as one whole," Zimmermann said.

The mural at Balbo and Wabash avenues is a new addition to the artsy streetscape of Printers Row, which is known for big murals on vintage loft buildings, especially on Wabash. Zimmermann's is a rare mural on a new apartment building that opened just last year. The painting will be visible to riders on Downtown "L" tracks.

Providence, R.I.-based Gilbane Development opened the 134-unit apartment tower last year with its eye on students and other young tenants, and asked Zimmermann to paint the mural.

The mural's ground floors also show a huge painting of Zimmermann's hand, which the artist said "can pull you up" from the flames paying homage to the Great Chicago Fire. Zimmermann, who's known for painting hot dogs, also drew a wiener for tenants enjoying the tower's rooftop terrace.

Scroll down below for more looks at the new painting: 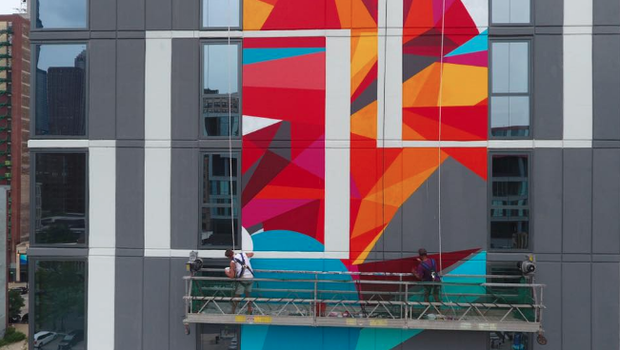 [All photos by Devon Neff] 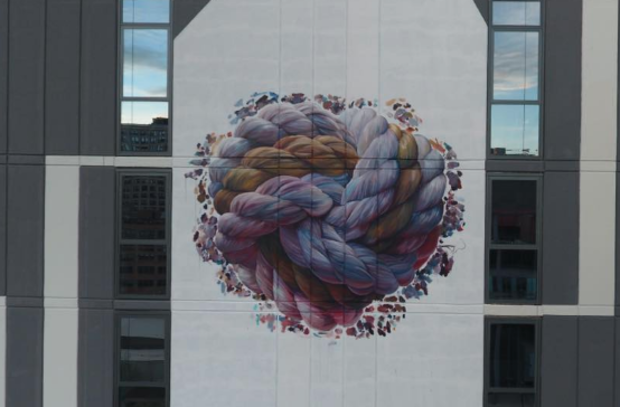 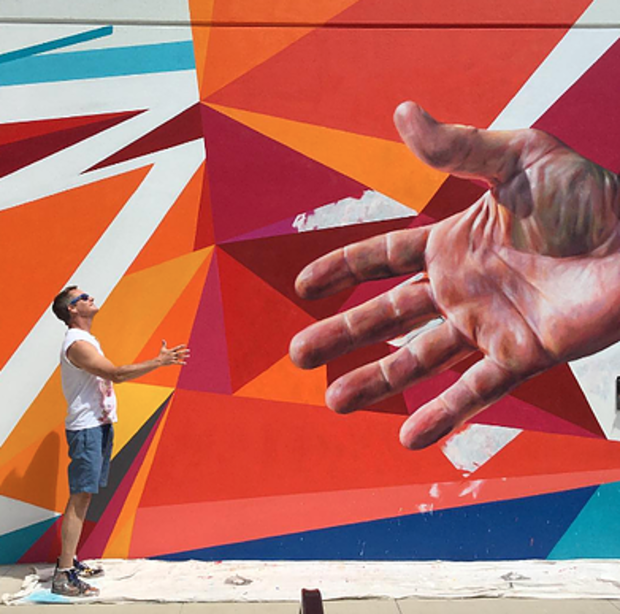 The artist with his hand. 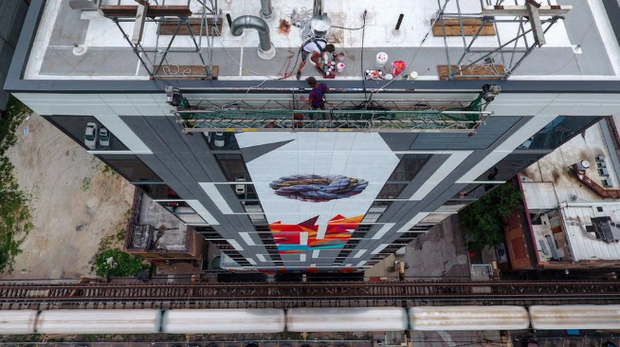 Check Out The Huge, Eye-Catching ConAgra-Funded Mural Along The 606