BUCKTOWN — Less than a week after police issued a community alert regarding three robberies and attacks on cyclists using the 606's Bloomingdale Trail, another cyclist said he was robbed on Friday night.

Around 10 p.m. Friday, Juan-Carlos Parker was riding on the elevated Bloomingdale Trail on the east end of the trail, near where the trail crosses the 1800 block of North Wood Street in Bucktown.

Suddenly, two men "ran out of the shadows near the wall" and pushed him off his bike, Parker said.

Once he was on the ground, a third man ran up with what Parker said "seemed to be a gun" and that man used a pocket knife to slice Parker's shorts and take his wallet and phone. Parker said he wasn't injured in the attack.

Meanwhile, the other two robbers took Parker's bike, a black Stock Aventon Cordoba with a TwerkTeamRacing sticker on the chainstay on its frame. The bike is valued at $550, Parker said.

Parker said the man who sliced his shorts had a pink roll-top Chrome brand messenger bag and a spray-painted black "rattle canned" bike (a term that refers to a shoddy paint job on the frame of a bike that may have been stolen). One of the other thieves had a silver Leader bicycle frame, Parker said.

Parker, 21, said the thieves were in their late teens or early 20s, Hispanic and black, wearing hoodies and all of them carried messenger-style bags on their backs.

Lloyd Peters, a cyclist who is friends with Parker, said the cyclist community will not stand for robberies on the 606.

Parker, who lives in Berwyn, said he does not usually use the 606, but he did on Friday night because he was going from one friend's apartment right next to the 606 to another friend's apartment farther down on the 606, less than a block off the trail.

Parker said that he was unlikely to use the 606 at night alone anymore, although he would continue to ride in the daytime or while on a large group ride.

Parker said he filed a police report online Monday morning. Police did not immediately comment on his report.

Peters said he feels as if there is "a wave of people who think they can get away with thefts, and no one can catch them."

"We want to make sure everyone enjoys what Chicago has given us. We have a lot of people who use the 606, and we are tired of being pointed out as criminals. Those bikes [the thieves' bikes and the stolen bike] are easy to spot by anyone who rides. We — cyclists of the 606 — are watching, and we will not stand for this," Peters added. 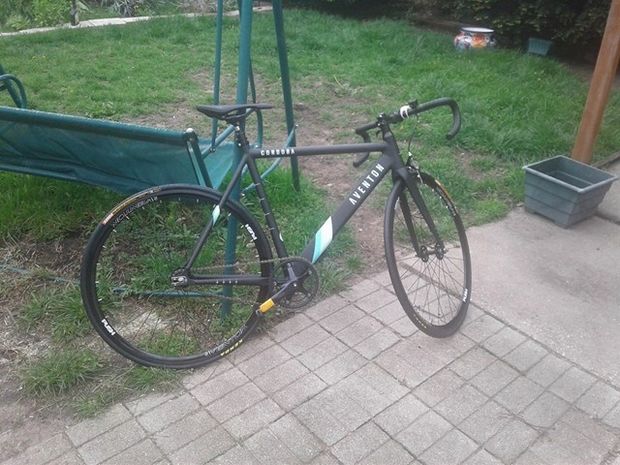 A picture of Parker's bike taken before it was stolen [Provided]