EDGEWATER — The advertisements call it "eclectic," "nostalgic" and "charming," but the residents currently living in the Edison Apartments say they're living in bedlam — with no elevators, mysterious smells and tons of dust.

Formerly known as the Sheridan Edgewater Apartments at 5200 N. Sheridan Road, the building's new owners are currently renovating the structure. But the 223-unit building's transition has left holes in the walls of some apartments, creating an unsafe and unsightly environment, residents say.

"They’re trying to get the people that lived here for a long time to vacate. They’re waiting for them to move out then they’re going on putting in all the new stuff," said Doug Howell, who moved into the building about three months ago.

According to the website for the project, the "multi-million dollar renovation" will add state-of-the-art desirable amenity spaces such as a new fitness center, new modern apartment home interiors, comfortable and nostalgic common areas, as well as charming and eclectic features and finishes."

Co-owner Ian Hafner said he understands that tenants are frustrated during the renovation.

"My personal belief is that the frustrations are coming from a tenant base that is well within their rights to be frustrated living through an old building being under construction," he said, but "there is a face to the organization. We do care and we are doing everything in our best efforts to make it better." 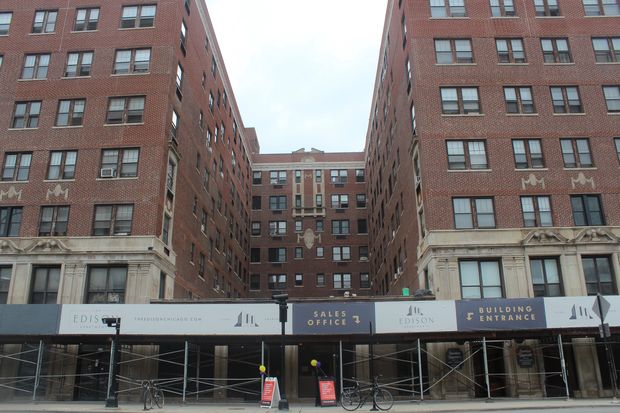 Possibly the biggest difficulty for tenants came last week when the building's freight elevator broke. The building has three elevators and the other two had already been broken for months, residents say.

"They didn’t even have a backup plan when the elevator went out. I was like, 'What are you gonna do for the people who are in the wheelchairs or the elderly?' " Howell said.

Although, in the last few weeks, newsletters and emails were sent to residents about the rehab, tenants complain that it wasn't until last week that Hafner of Spirit Investment Partners addressed some — but not all — of their complaints during a tour he gave to Ald. Harry Osterman (48th), when residents aired complaints for more than an hour.

"I want safe buildings. We're going to be here with you as best we can. You guys have my ear," Osterman told about 30 residents, most elderly or disabled, who attended the meeting in the apartment lobby.

The freight elevator has been fixed and one of the passenger elevators is scheduled to be working again by Aug. 7. The other elevator will be fixed in about six months, according to Hafner.

The passenger elevators will be getting a major overhaul that's been long overdue, he said.

"We inherited some poorly malfunctioning elevators. We made several rounds of temporary repairs to see if we could get them back up and running," Hafner said. But after the elevators went down again and were "deemed irreparable" owners decided on the elevator overhaul.

While Howell applauded management finally sending someone to check on the residents' gripes, he is skeptical repairs will be coming quickly.

"I commend [Hafner] for coming in," Howell said, but "they’re not jumping on fixing s---. I’m worried about the living conditions. I never would’ve moved here if I had the slightest idea what this was about." 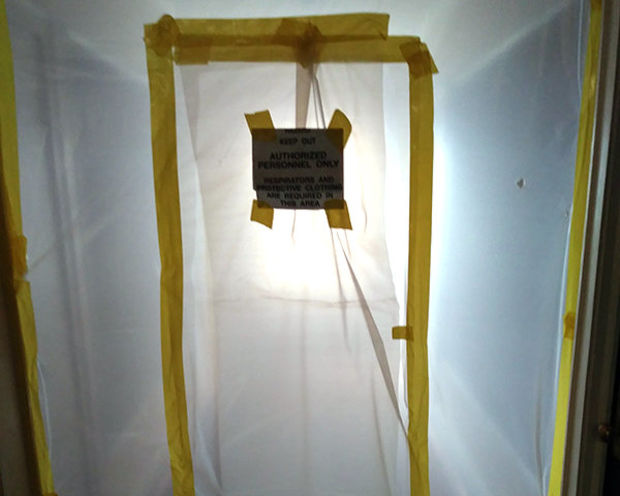 A hallway is closed off during renovations at the Edison Apartments in Edgewater. [Doug Howell]

The elevators weren't the only problem at the building when Spirit Investment Partners closed on the building in December 2015. The building, which was constructed in the 1920s, had years of "deferred maintenance," Hafner said.

The exterior masonry, which was one of the first things they began work on when they began renovations in March 2016, needed significant work, he said.

"We’re now going through fixing all that stuff," he said.

But the repairs have been tough to cope with for residents, some of which have been in the building for a decade.

"There was a lot of dust. You open the window and dust just pours in because they’re working on the building. As I got older I can’t tolerate it," said Lowery, who believes he acquired a post nasal sinus drip from the dust. "I leave the air conditioning on all the time and wash the filter every couple of days. The bedroom, I keep the door closed with my air purifier on. And I sleep with that on."

While he has complaints about the renovations, Lowery said things weren't much better under the previous ownership. The previous owners did "pacify people," but didn't do much to improve the building, he said.

"Everyone knew what the conditions were here. As long as they kept the rent cheap and kept things decent nobody complained too much about it. The washing machines were always broken. No one complained about it because the rent was cheap," he said.

New residents, like Howell, are already paying higher rents, but say they have yet to reap the benefits of remodeling.

In addition to the elevator problems, Howell says he was told a doorman would be on duty around the clock, which is not the case. But construction has been going on at all hours, he said. 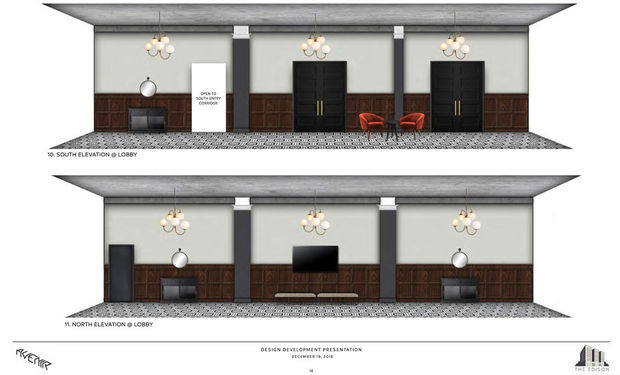 Renderings show what the Edison lobby will look like when completed. [The Edison Chicago]

And there's a lingering and mysterious smell in the building, multiple residents said.

Jill Knobeloch has been in her apartment for a year and battled through the dust problem caused by construction. But she said she is more upset about poor communication from management.

"They would tell me four times in a row I had to move furniture in my apartment. I was losing half my living space and then they wouldn't show up. I live alone so I would have to have someone come in and help me move furniture," she said. "And that was for this air conditioning box and now I just have a box taking up square footage in my apartment and they’re telling me they’re never going to put it in." 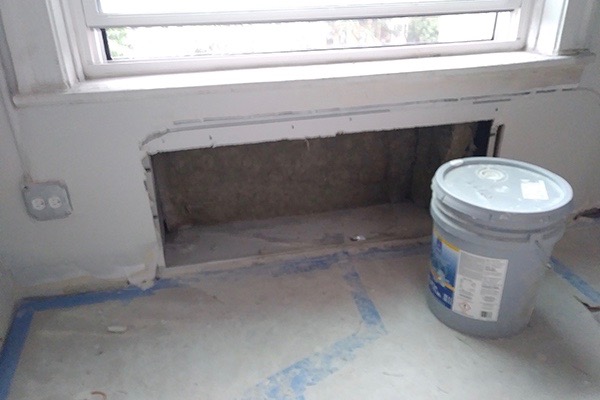 A hole was cut into a wall of an apartment purportedly for an air-conditioner, but the hole was covered with no unit installed, tenants said. [Provided/Doug Howell]

A large hole was cut into all of the apartments to install air conditioners, but they were never installed, tenants said. Instead, a wooden panel was put over the holes, residents said.

One resident said a mouse crawled through the hole into his apartment while he was eating dinner. Knobeloch said the mouse was in her home for several days before she could get help.

"The mouse, I had it for a week it wasn’t until I came down here asking if they had a bucket so I could set a trap myself, then all of a sudden they were like you shouldn’t be setting it yourself. ... At that point they sent somebody up," she said. "I just resigned my lease and it was probably the biggest mistake I've ever made."

Tenants said they were told the delay in the installation of the AC units was due to an electricity problem.

Construction is scheduled to be completed by the second half of next year, but in the meantime Hafner says they'll be having more meetings with residents and his staff will be increasing communication with the residents.