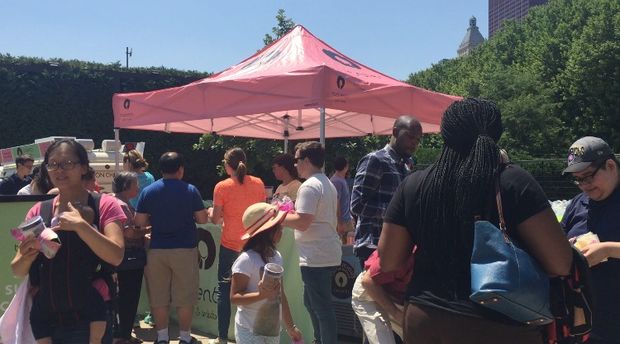 Talenti stopped by for a second time this summer to hand out free pints of gelato at Millenium Park. [DNAinfo/Kayla Martinez]

DOWNTOWN — Talenti stopped by Millennium Park for a second time this summer to hand out free pints of gelato to hot, hungry people.

Talenti gave away 20,000 pints just west of the Pritzker Pavilion, 201 E. Randolph Street, and the line ran along the sidewalk to the pavilion stage. The line stretched around Millennium Park — but people in it said it was fast-moving.

Talenti will be handing out pints of gelato until supplies run out.