Manny's Deli Turns 75: A Look Back

SOUTH LOOP — Lots of things are changing these days in the South Loop. But Manny's Deli says it's lasted in the neighborhood for so long mainly by staying the same.

The iconic cafeteria at Roosevelt Road and Jefferson Street that's served presidents, police and a few crooks since 1942 will celebrate its 75th anniversary this month.

Known for its corned beef and pastrami, Manny's got its start when two Jewish immigrant brothers from Russia teamed up to sell their mom's recipes in Greektown. The deli has remained a family business since. 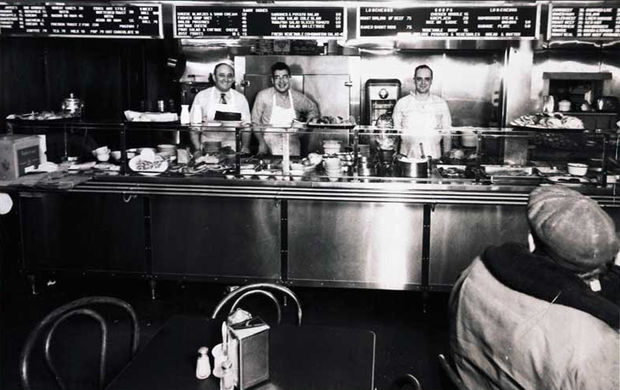 Jack, Manny and Charlie Raskin at the original Raskin Cafeteria in 1942 [Courtesy of Manny's Deli]

The deli traces its roots to summer 1942, when Jack and Charlie Raskin opened their first cafeteria at Van Buren and Halsted streets. Back then, the cafe was one of many Jewish delis in the neighborhood.

"They were just looking for a way to make a living, and [Jack's] brother, Charlie, was a cook and knew how to make a lot of recipes," Dan Raskin said.

The brothers split after World War II so Jack could open a restaurant on Roosevelt Road, closer to the bustling Maxwell Street Market. Jack bought a diner called Sunny's, and to save money he changed just the first two letters of its sign to rename the restaurant after his son, Manny.

The restaurant changed addresses a few times before Emanuel "Manny" Raskin moved the deli to its current location at 1141 S. Jefferson St. in 1964. Dan Raskin said his grandfather had the foresight to buy the building, back when it wasn't surrounded by much except factories and parking.

Even then, the cafeteria-style restaurant was a relic in town.

“I know what the people around here want, and I’m the only one left who can do it," Manny told his son, Ken. 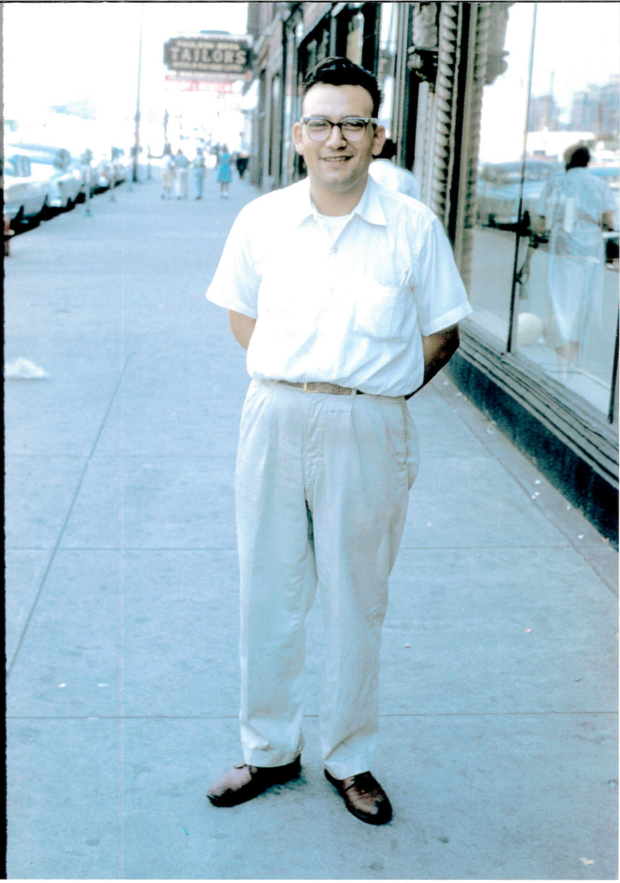 The deli has since enjoyed the cachet of high-profile politicians such as mayors Richard J. and Richard M. Daley. Pat Quinn celebrated his 2010 gubernatorial win at Manny's, and Barack Obama was a repeat customer well before he was elected president. Bill Clinton stopped by in 2012 while in town for a speech at McCormick Place.

David Axelrod, the chief strategist for Obama's presidential campaigns, has his own table at Manny's and considers the deli his second office.

"I used to joke that I go to Manny's to clog my arteries and clear my head," Axelrod told the Tribune in 2011.

The deli, with its unmistakable checkered floor, has been a backdrop for TV shows ranging from "ER" to "Shameless" and some of Dick Wolf's "Chicago" shows on NBC.

Manny's has had some sordid customers as well.

Dan Raskin, who now runs the restaurant with his dad, Ken, recalls his father telling him a story about police and gangsters sitting next to each other at the deli, exchanging information.

"At a friendly level," Dan said. "They all knew who each other were, and they were respecting each other." 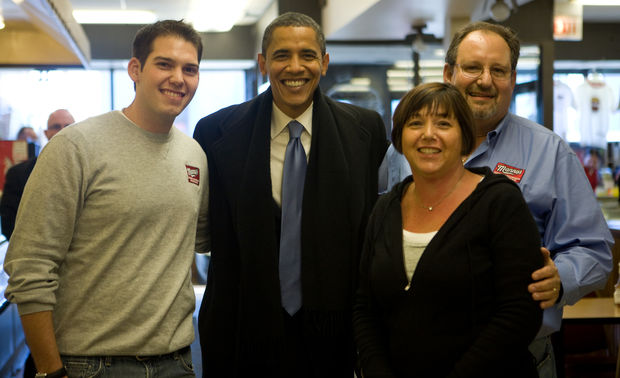 Dan Raskin (left) with Obama and his mother, Patti, and Ken Raskin a few weeks after Obama's presidential win in 2008.

Manny's is still family-run like it was in the 1940s. Dan Raskin runs the deli with his dad, who oversees the kitchen. Dan's mom, Patti, bakes the cookies and other sweets.

But the deli has had to adapt recently to the neighborhood, a quickly growing one that now includes a nearby Portillo's and other competitors.

Manny's added a new deli counter and salad bar as part of a $1 million renovation last year, and for the first time in its history, is now open late for dinner and on Sundays. The new deli gives Manny's an opportunity to expand its catering business, and its meat and potato pancake mix are now sold in 60 grocery stores across the Chicago area, Dan Raskin said.

Manny's 75th anniversary party is 5:30 p.m. July 31 at the deli. Local broadcasters Bob Sirott and Marianne Murciano will emcee the event. Tickets start at $150 each and can be bought online, with all proceeds benefiting the Illinois Restaurant Association Educational Foundation.

The Raskins will be joined by friends of the house at the soirée, but Dan Raskin also wants to thank what he calls Manny's most loyal customers: the families that have come to the deli for generations.

"That's what really keeps us going, is that next generation," Dan Raskin said. "It's a great feeling to know these people wanted to come and share in what our family has built." 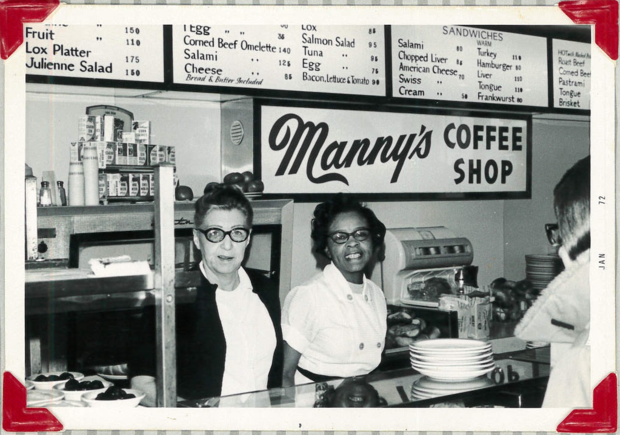 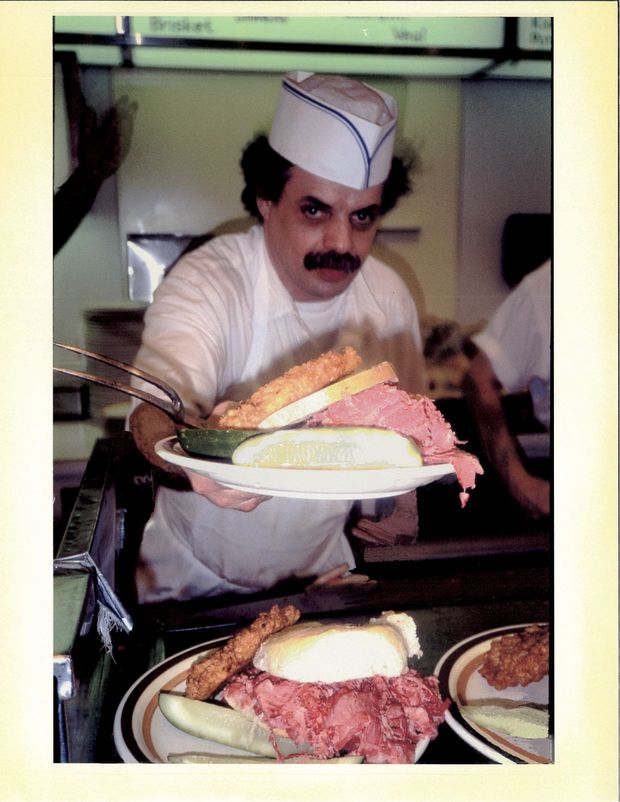 Gino, a longtime chef at Manny's, serves up sandwiches in an undated photo. [Courtesy of Manny's Deli] 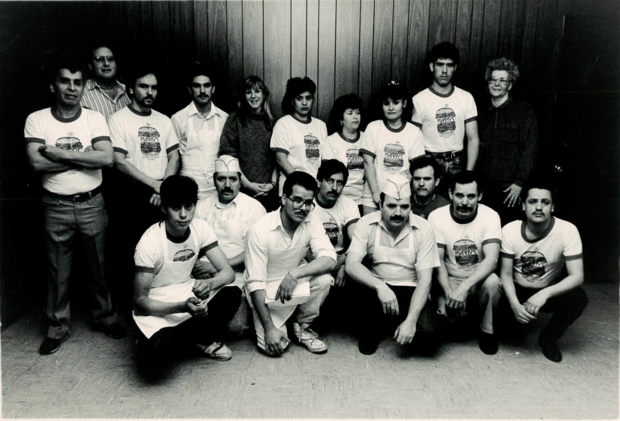 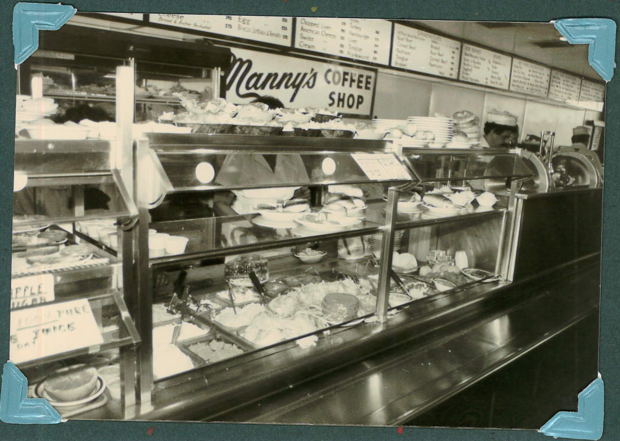 The Manny's counter in 1985 [Courtesy of Manny's Deli] 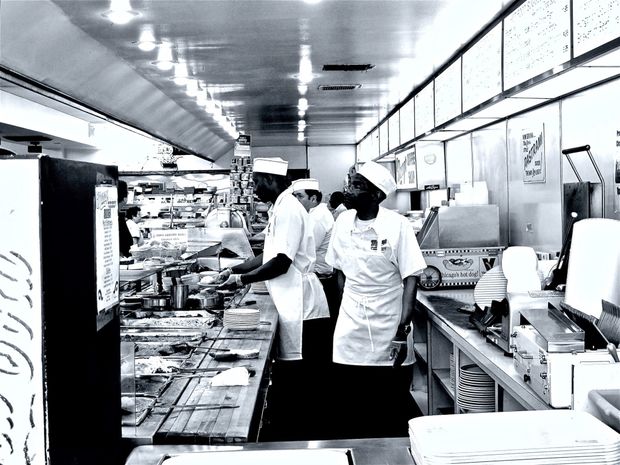 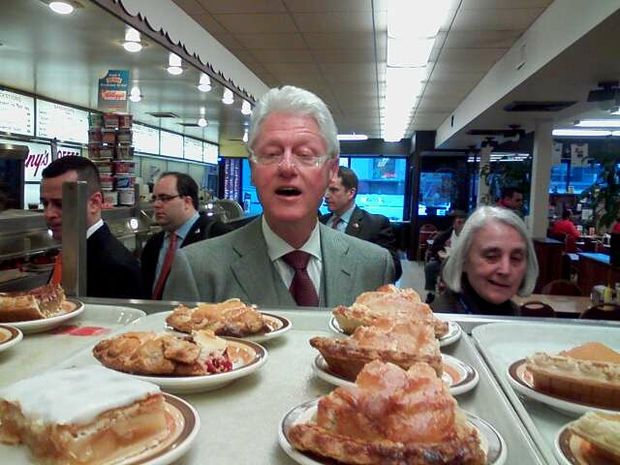 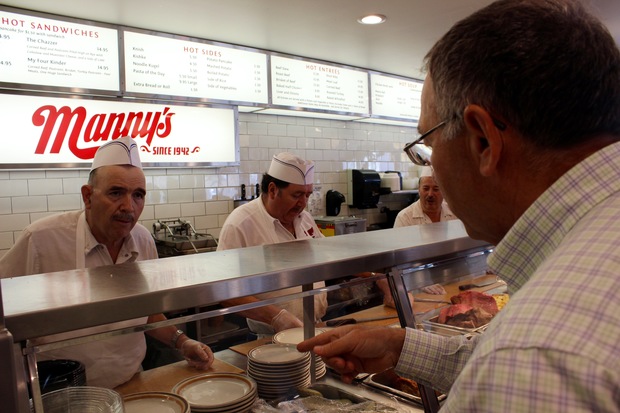