By Alisa Hauser |&nbspJuly 10, 2017 9:51am
@DNA_wpb
Twitter Facebook Email More
The observatory at the far western end of The 606 will be closed through spring 2018, officials say.
View Full Caption
DNAinfo/Alisa Hauser

HUMBOLDT PARK —  If you managed to gaze at the stars or snap a selfie from the top of The 606's observatory earlier in the summer, consider yourself lucky —  the pinwheel-shaped attraction at the far western end of the elevated Bloomingdale Trail will be closed until fall for a landscaping project.

A spokeswoman for the Trust for Public Land, the private partner tapped by the Chicago Park District to help oversee The 606's Bloomingdale trail and parks, said on Monday that the Exelon Observatory is undergoing construction.

Ken Modzelewski, Acting Region Director of the Trust for Public Land's Chicago region, is planning to send out an email to neighbors of the trail soon to notify them of the closure, the spokeswoman said.

"We love the Exelon Observatory as much as you do, which is why we’re working on a solution for the landscaping that is both functional and beautiful. During construction, the Exelon Observatory will be closed through the summer and will reopen this fall, however fencing to protect the landscaping will remain in place until spring 2018," Modzelewski said in a statement.

The Exelon Observatory's popular all-ages stargazing series, For the Love of Stars — which takes place on the second Friday or each month — will be moved to Julia de Burgos park, 1805 N. Albany Ave. while the observatory is closed. 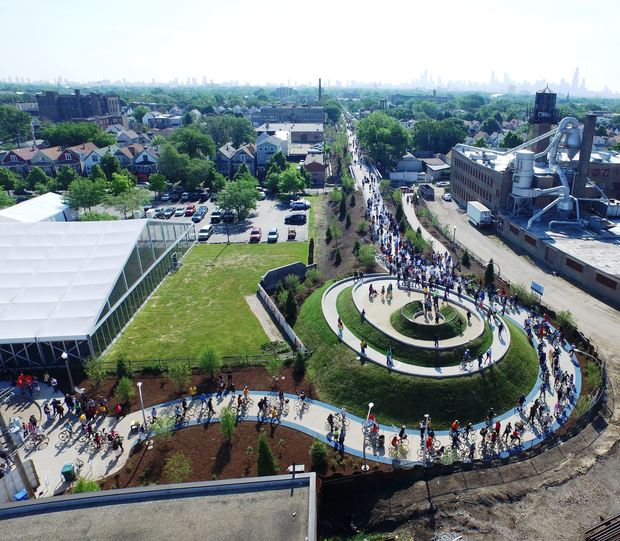