DOWNTOWN — The group that wants to spruce up the Pedway has unveiled its vision for the Loop's underground.

New art, brighter walkways and an underground library could all be coming to the Pedway, the often uninviting system of tunnels that helps Loop commuters get to work or the train when the weather turns cold.

The Chicago-based Environmental Law & Policy Center outlined recommendations for the Pedway in a 38-page report last week after hosting workshops with the Chicago Loop Alliance and Broadway in Chicago.

The report focused on the "main stem" of the Pedway along Randolph Street from Millennium Station to the James R. Thompson Center.

"For the Pedway to succeed, it must be viewed as more than just a shortcut between places; it must be seen both as a destination and a desirable way to move around Downtown," the report reads.

Recommendations include better signs directing pedestrians below and above ground, brighter tunnel lights, more shops and new attractions. The report suggested new art galleries underneath the Chicago Cultural Center, a library underneath the Richard J. Daley Center and a glass cube in Millennium Park that would take visitors to the Pedway underground. 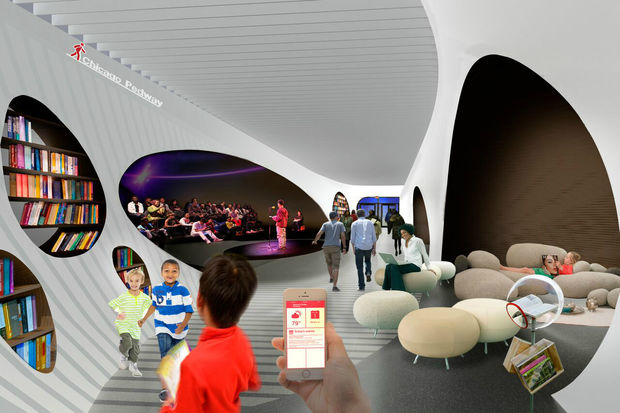 A rendering of the library underneath the Daley Center. [Davis Brody Bond]

The center has raised $125,000 in donations as it looks to improve the Pedway. The group has tapped design firms Burohappold Engineering, Davis Brody Bond and Billings Jackson Design in its efforts, and have also received the blessing of top city officials.

Pedway Map: Where To Eat, Drink & Shop in the Loop Without Going Outside

The group says in the report that its next steps include more discussions "on the level of available investment and the realistic options for the governance structure necessary to turn any plan into reality." The group believes that one "appointed and empowered entity" is best served to implement any plans to improve the Pedway.

The report follows the group's early ideas this year including pop-up restaurants and food carts in the Pedway, starting an underground farmers market, and introducing natural light and fresh air to bring the outdoors in. Impromptu concerts and other programming was also considered.

The Tribune first reported news of the report. Scroll down below to see the full report and more renderings: 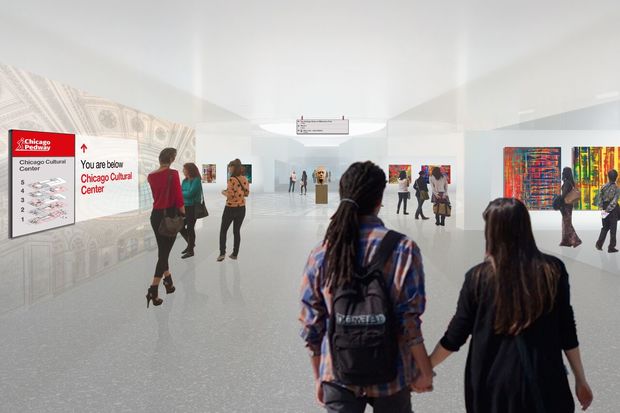 New art galleries under the Cultural Center. [All renderings by Davis Brody Bond] 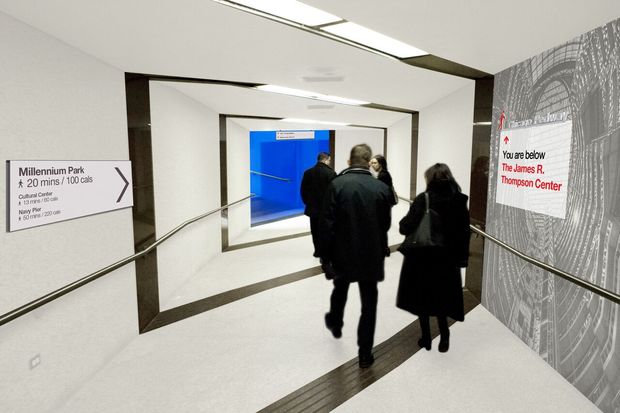 Brighter walkways are part of the plan. 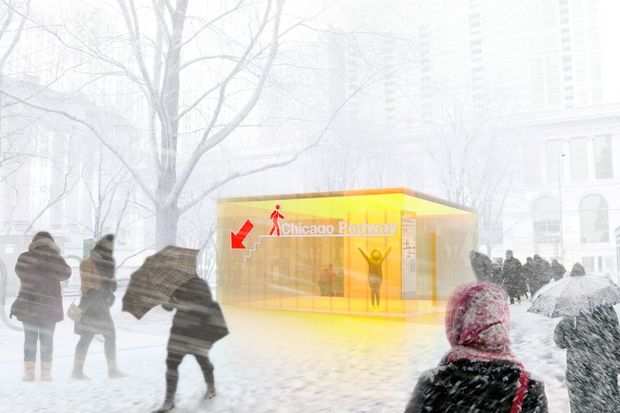 A glass cube in Millennium Park could direct pedestrians underground. 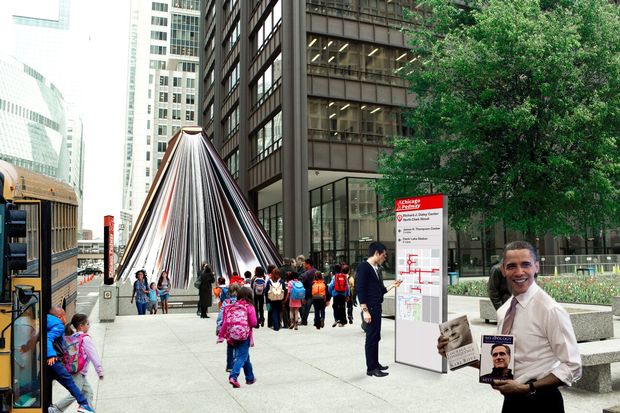 A new book sculpture outside the Daley Center.