Shimoda is one of 25 athletes that will be honored alongside the founder of Special Olympics,  Eunice Kennedy Shriver. The 25th annual ESPYs, a televised sports awards show, will air at 7 p.m. Wednesday on ABC-7.

Shriver, who died in 2009, will receive the Arthur Ashe Courage Award. Timothy Shriver, one of Shriver’s five children and current chairman of the Special Olympics, will accept the award on his mother’s behalf. 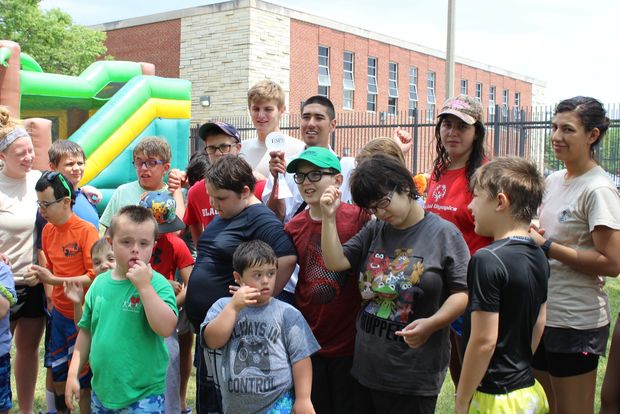 "This whole year has been absolutely magical and to see him [Tommy] win an ESPY Award is really just over the top," said Barbara DeKerf Shimoda, Tommy's proud mother.

Shimoda, 24, won a gold medal March 23 in the 500-meter race at the Special Olympics World Winter Games. He also won a bronze medal in the 777-meter event March 21 at the games in Austria.

He was the only Chicago athlete participating in the international games, which feature 32 different Olympic competitions. Shimoda trains all year round, including skating regularly at the Morgan Park Sports Center, DeKerf said. 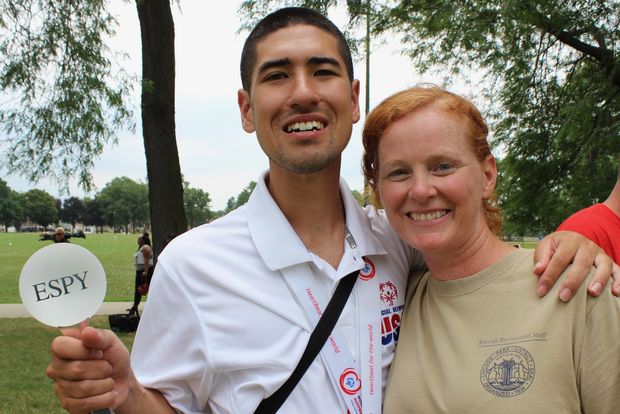 Tommy Shimoda and his coach, Lisa Mulcrone, celebrated his 2017 ESPY Award Win Friday afternoon at Mount Greenwood Park. Tommy, 24, has participated in the Mount Greenwood Special Recreation Association since he was 5 years old. [DNAinfo/Howard A. Ludwig]

Tommy is speaks using a handheld computer device. Through this device, he told reporters that his next goal is to compete in gymnastics in the 2019 Special Olympics World Summer Games in Abu Dhabi in the United Arab Emirates.

"Ald. [Matt] O'Shea, everyone in the neighborhood, the businesses and the whole community have given me a lot of support," said Tommy, who was surrounded by his friends, counselors and other Special Olympians Friday at Mount Greenwood Park. 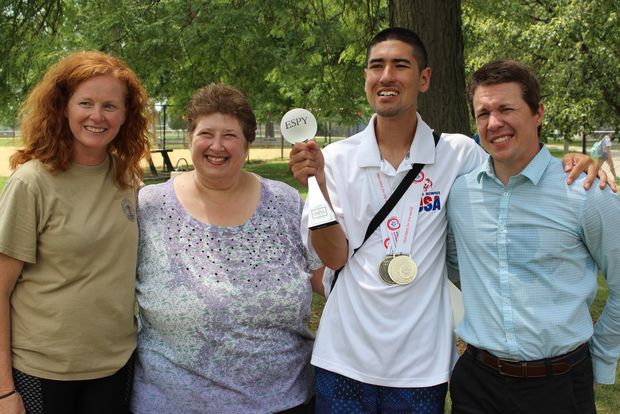 Short for Excellence in Sports Performance Yearly Award, the ESPYs were first awarded in 1993. Winners in categories such as Best Team and Best Comeback Athlete are typically selected through online fan voting.

Tommy is the only Special Olympian from Illinois that received an ESPY. As of Friday, there were no plans to have him on hand for the awards show in Los Angeles. The show will be hosted by two-time Super Bowl champion Peyton Manning.

"We are really excited that Chicago was recognized," said Alexandra McMillin, a spokeswoman for Special Olympics Chicago. "Tommy is remarkable. You can't ask for a better athlete."